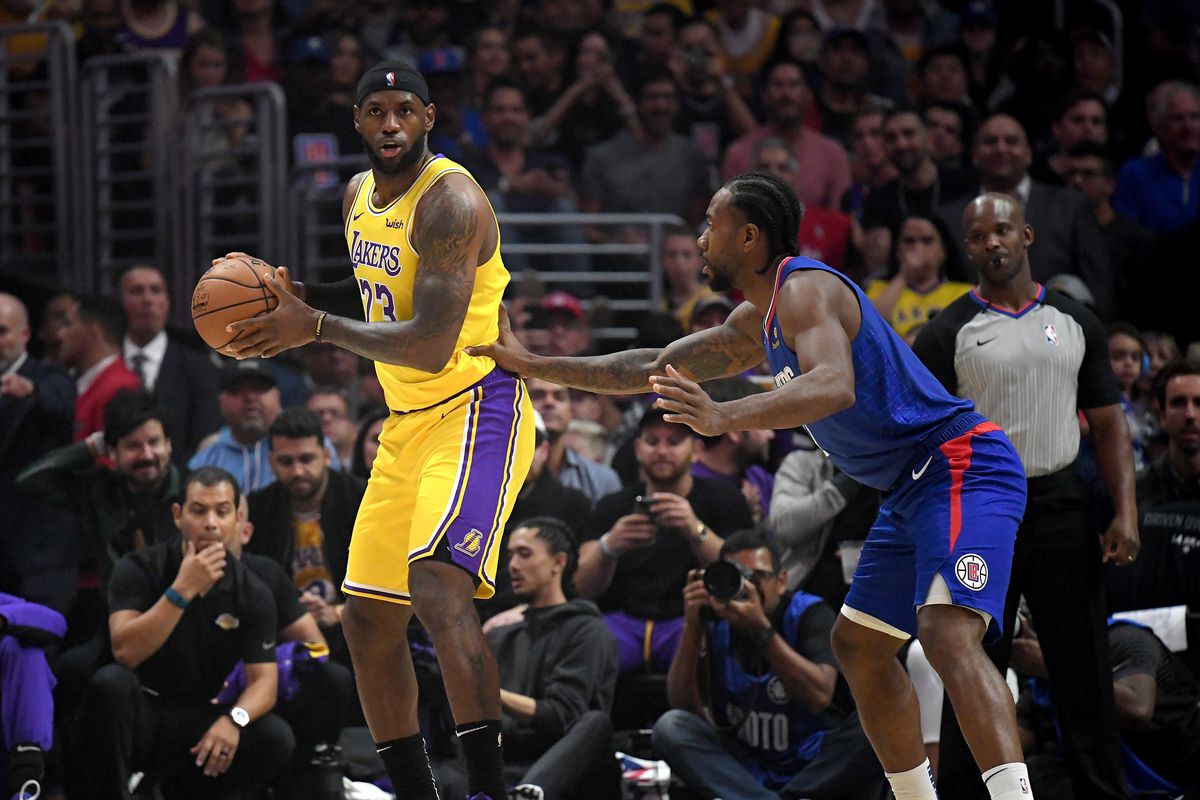 The NBA season has just begun, but one thing already seems to be evident: the Western Conference will run through Los Angeles. Now, it remains to be seen who will be top dog in LA, as both LA teams have arguments to be made in their favor. The Los Angeles Clippers won the head-to-head matchup opening night, and did it without star player Paul George. The Los Angeles Lakers, however, have not lost a game since opening night and have the best record in the West at 5-1. One thing is clear though, these are the two teams to beat in the West. What’s even more fascinating is how different the style of each LA team is.

The Clippers are loaded with depth, probably the deepest team in the league. Kawhi Leonard is obviously the star of the team and arguably the best player in the league. However, the Clippers win with teamwork, not overly relying on Kawhi, and use a deep rotation of players to wear down opponents. When Kawhi is in with the first team, everything runs through him. Whether he’s knocking down impossible baseline fade aways or facilitating for open teammates, Kawhi runs the show when he’s in. The second unit, led by Lou Williams and Montrezl Harrell, is the best second unit in the league and has shooters space the floor while Williams and Harrell run a flawless pick-and-roll at the top of the key. This allows the Clippers to extend leads or close the gap while Kawhi and the starters rest. Things will become even scarier when Paul George returns, as the rotation will become even deeper as the starting lineup will now have two of the best two-way players in the league at the helm. Clippers’ shooters Landry Shamet, Mo Harkless, Patrick Patterson and JaMychal Green have all been steady from behind the arc and complement the ball dominant creators perfectly.

The Lakers on the other hand rely on their two superstars to overpower opposing teams with their sheer talent. LeBron James and Anthony Davis have both played near perfect basketball to begin the season. No one besides these two stars have led the Lakers in scoring yet and everything goes through them on offense. The Lakers depth has been better than expected, with Danny Green playing to his full potential, Dwight Howard having a renaissance season so far and Avery Bradley is playing the best he has in the past 5 years. Even then, this team runs off the life force of its stars, James and Davis. The two superstars have already shown fantastic chemistry with James finding Davis on lobs, postups and rolls. Davis has dominated other teams bigs, best highlighted by his complete domination of the Grizzlies when he dropped 40 points 20 rebounds in only three quarters of action. James, not be out done, followed Davis’s outburst with a 39 point 16 assist 12 rebound explosion the following game to beat the Dallas Mavericks in overtime. This is how the Lakers are built to win. They may not be as deep as the Clippers, but they have two of the best fives players in the league.

In their only loss this season, the Lakers were overpowered by the depth of the Clippers and got outscored in bench points 60-19. This was a prime example of the Clippers greatest strength, depth, beating out the Lakers’ greatest strength, star power. While it was only one game, it could be a sign of things to come. Not to mention, the Clippers will look very different once Paul George returns. Who knows how the season will progress but for now it seems that the league runs through these two LA teams. While much is still left in the air, one thing is certain, Los Angeles is the basketball Mecca this season.