Sorting Out the Featherweight Division 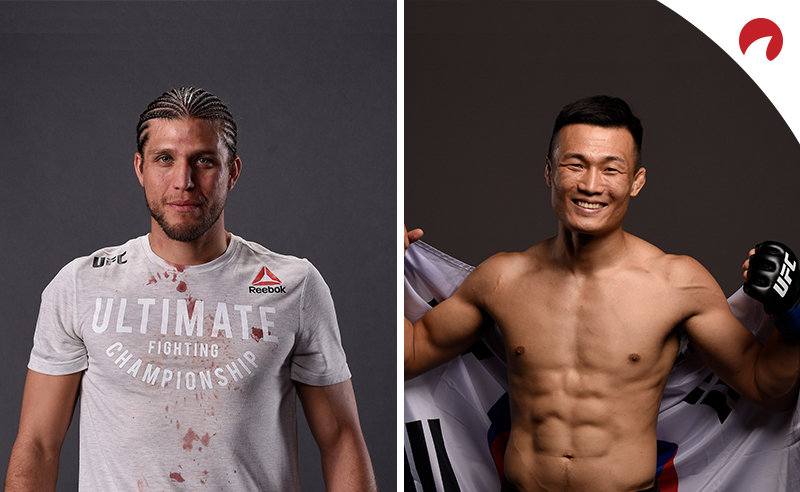 Brian Ortega and The Korean Zombie are set to clash in Saturday’s high stakes main event. The bout packs heavy implications within the featherweight division; the division we’re about to sort out.

If The Korean Zombie prevails past Ortega then he will face Alexander Volkanovski for the featherweight belt next. Meanwhile, if Ortega edges Zombie then I believe a title eliminator with Zabit Magomedsharipov will be in order.

The Korean Zombie will receive a title shot with a victory over Ortega for the following reasons:

First, he would then have a record of (4-1) since re-entering the UFC back in 2017 (the only defeat coming in the final seconds versus Yair Rodriguez). Second, if he KOs/TKOs Ortega, that will mean all four victories ended that way with the previous three being in the opening round. Third, take into consideration the competition: Dennis Bermudez, Renato Moicano, Frankie Edgar, and *Brian Ortega*.

The reason I believe Zabit needs another win before challenging for the belt is because he lost the last round he fought which was against Calvin Kattar. Prior to that, the only other victory he’s earned versus a ranked guy was Jeremy Stephens via decision.

Now the reason why I don’t think Ortega should get an immediate title shot is because of the extended time off and the fact it will have only been one victory since falling short against Max Holloway for the gold. I mentioned him fighting Zabit if he wins Saturday, but a rematch against Holloway would be fun also.

Speaking of the former champ. It will be really interesting to see who Max Holloway fights next. Volkanovski continues to express his wish to fight a new opponent, after ever so slightly sneaking past Holloway two straight times.

So does ‘Blessed’ wait for the winner of Volkanovski–TBD, and hope Dana gives him a call?

Personally, I don’t think that would work out and I don’t believe Holloway will take that route. I really don’t see him leaving the division right now, but there are some fun ideas within the division.

If Zabit and Yair Rodriguez ends up not getting rebooked, then either of them would make for Holloway’s next opponent. Moreover, there’s someone sitting down there at number six named Calvin Kattar who would make for a fight of the year candidate of a dance partner.

Yes, the obvious answer here is Calvin Kattar because he’s a title contender in my eye’s already. I’m looking a little further down in the rankings at a couple guys.

Josh Emmett proved a lot in his last performance against Shane Burgos. It went the full fifteen minutes, but the Team Alpha Male representative showed again his ability to strike with the elite. He connected with some shots that would have put most people out, but credit Burgos’ toughness.

Unfortunately, Emmett tore his ACL in the midst of that victory; likely sidelining him until spring. That news makes me weary of theorizing his next opponent.

Ryan Hall is a wild card in the featherweight division. He’s a match-up that a lot of guys don’t want to take due to his grappling pedigree. He’s fought and beaten some hardened veterans, but I need to see him against a young, hunger prospect next.

Take your pick from Arnold Allen, Sodiq Yusuff, and Dan Ige to fill that slot.

The grapplers in the 145lb division are not to be messed with. Take Zabit for example. Yes, he’s incredible on the feet and unpredictable as they come, but he’s equally unpredictable on the mat.

He’s already had three submission since entering the UFC; each one different from the next (RNC, anaconda, and kneebar).

The previously mentioned Ryan Hall has some of the most impressive grappling credentials in the organization.

I’d be remiss if I didn’t mention UFC newcomer and already ranked Bryce Mitchell. The guy has five RNCs, two triangles, an armbar, and of course the twister since making his pro debut.

He nearly caught Charles Rosa with a twister on several occasions in his last bout as well.

There’s one more guy who handles himself pretty well on the mat. He has a first degree black belt in BJJ under Rener Gracie; Brian Ortega. Heck, Ortega’s a threat with his BJJ on the feet too (standing guillotines).

Needless to say, the UFC’s featherweight division is stacked with grapplers.

The top of the featherweight division has a lot of questions, but we’ll get some answers this weekend after Brian Ortega and The Korean Zombie settle their differences.

The mid-tier guys, more specifically Calvin Kattar and Josh Emmett, have a chance to insert themselves into title contention in 2021.

The rest of the top-15 is a good mix of strikers and grapplers. Dan Ige and Shane Burgos will take your head off, while Ryan Hall and Bryce Mitchell with bend your arm until you tap.

Overall, featherweight is deep with talent and is very intriguing once you begin discussing the top contenders.

Vasyl Lomachenko vs Teofimo Lopez – The Fight Everyone Should Watch
D’Antoni To Coach in Brooklyn?