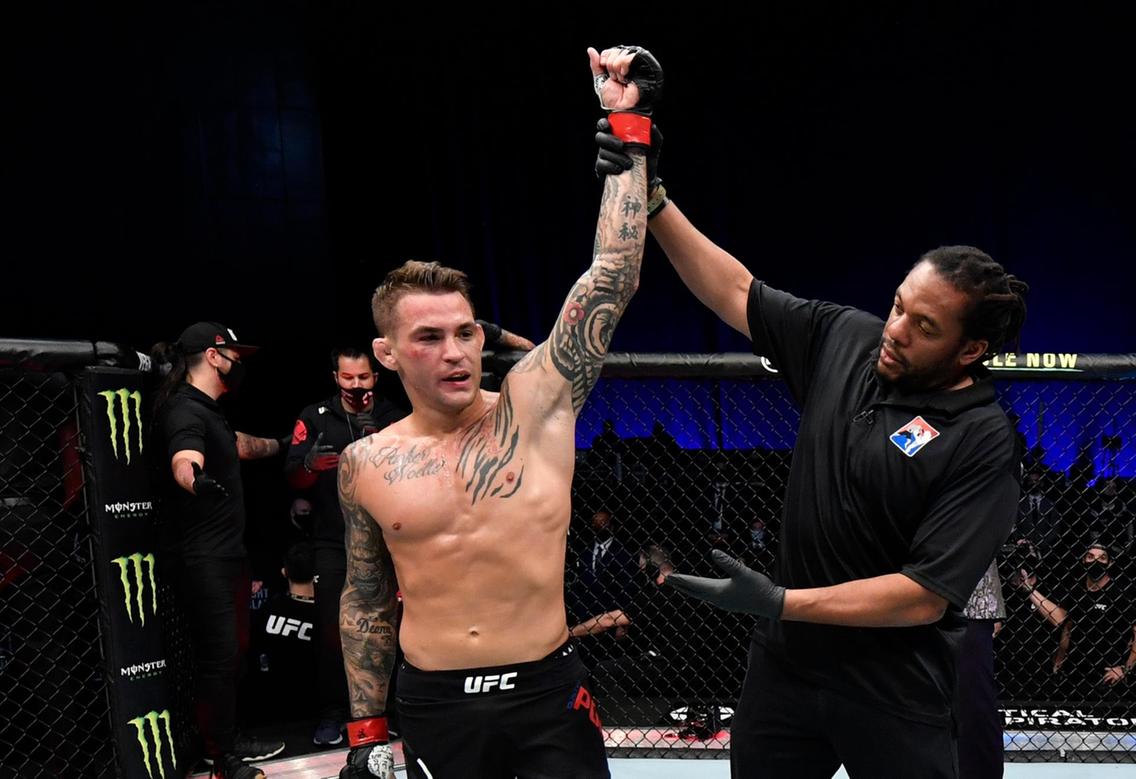 In his UFC 257 post-fight presser, Poirier swatted away the notion of facing Michael Chandler for a vacant belt.

“No it does not (make sense fighting Chandler),” he asserted. “Respect to Chandler, great win over a guy – but to come in and beat a guy I just beat and get a title shot – he should fight Charles Oliveira or something. Let him and Charles Oliveira go at it. That doesn’t really interest me at this point.”

Honestly, I couldn’t have said it any better myself. Obviously Chandler looked phenomenal against a contender in his UFC debut, but jumping ahead of Oliveira would be utter disrespect.

Poirier is completely fine with going home to Lafayette, Louisiana to his family and waiting to see how things play out. Moreover, he’s spot on by saying Chandler vs Oliveira is the fight to make.

The winner of Chandler and Oliveira faces Dustin Poirier for the vacant lightweight belt – figure November or December. By the way, Chandler beating Dan Hooker was impressive, but if he were to finish Oliveira – who hasn’t lost since 2017 – that would be an absolute jaw-dropper.

McGregor vs Diaz III Next

The UFC’s biggest superstar was in a state of disbelief after being on the wrong end of a TKO for the first time in his career. As per usual, people are already theorizing his next move. In this case, the obvious answer is the right one. McGregor vs Diaz III is next – now’s the time. Conor now has two trilogies to attend to – one with Diaz and now one with Poirier. Dana White confirmed that Nate Diaz will be returning to the lightweight division, so have it at 155lbs and the winner is back in the lightweight title picture.

Lastly, what do you do with Justin Gaethje? Who’s very much still in the lightweight title picture. One option is waiting a little longer, but another choice is Rafael dos Anjos. There’s no doubt RDA would be eager to take this match up – due to his desire to regain championship status. Additionally, Gaethje doesn’t strike me as the one to turn down a challenge.

If Gaethje vs Rafael dos Anjos doesn’t manifest, there’s Dan Hooker, but I envision ‘The Hangman’ taking some time off after the disappointing results from UFC 257. Also, Gaethje could be Chandler’s next foe if they don’t pair him with Oliveira.

All in all, the UFC lightweight title division is absurdly loaded with talent and the match up possibilities are basically endless. The lightweight title picture is a beautiful mess – especially with Khabib’s expected departure.