Standout Performances From UFC on ESPN 12 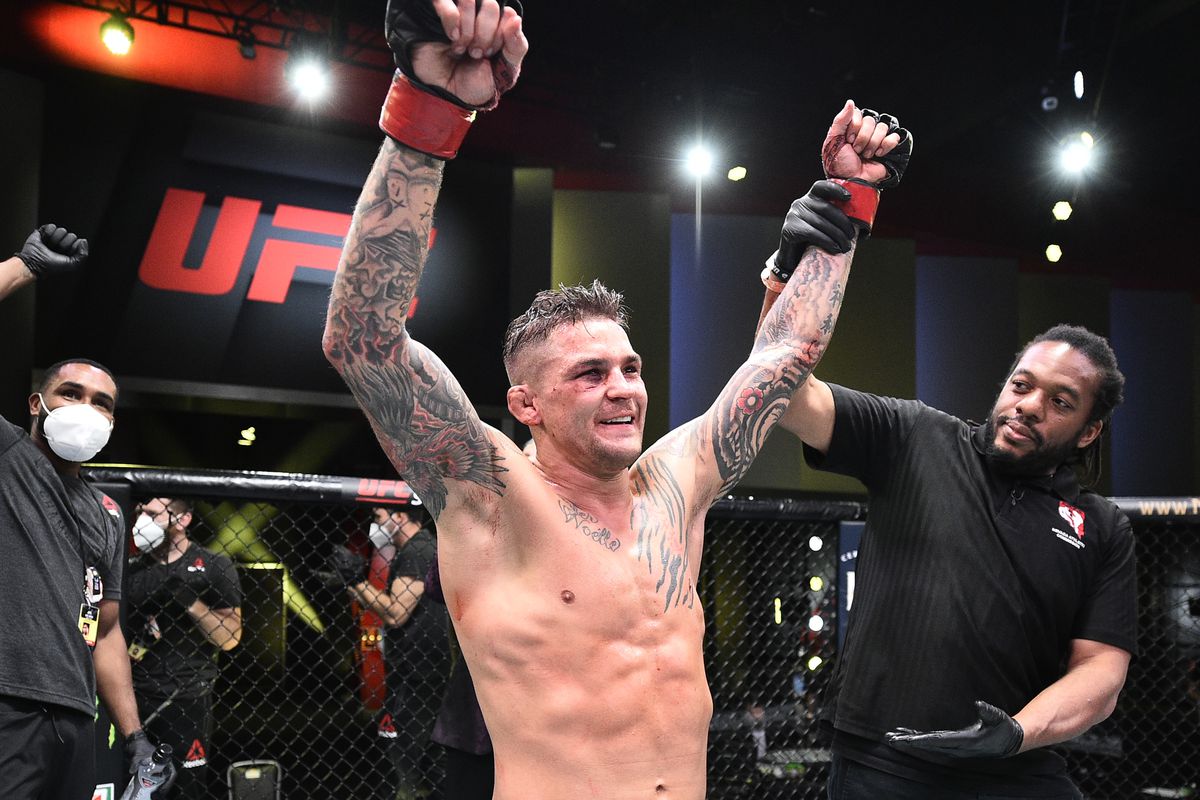 This past weekend’s card produced a ton of great action and even delivered one of the best fights of the year.

This most recent event hosted by the UFC Apex was extra entertaining, as nearly every fight was either tremendously competitive or had a highlight finish.

Below are the fighters who stood out the most in what was a fight card that exceeded its high expectations.

Both women entered this fight as former Invicta FC fighters who had yet to step inside the UFC’s octagon. Hansen, at just 20 years of age, defeated the former Invicta FC atomweight champion by submission (armbar) in the third round.

Frey had success early on with her striking and her ability to fend off Hansen’s takedown attempts. However, the 20 year old was able to wear down Frey and eventually get the fight to the ground where she worked to secure the armbar finish.

With that impressive performance, Hansen is added to a strawweight division that’s always searching for new, young talent.

Khama “The Deathstar” Worthy has been fighting for over a decade, but his biggest win came this past Saturday over Luis Pena. Worthy came out calm and loose, but make no mistake he was throwing bombs in the direction of Luis Pena.

Pena being a talented and well coached fighter got the fight to the ground and was actively looking for submissions. After being successful on a few takedowns, Pena attempted to secure another one, but Worthy was ready for it this time.

He locked in a modified standing guillotine which forced Pena to tap, giving Worthy his second UFC victory in as many tries. As a veteran fighter on the rise, look for Worthy to take on a pretty big name his next time out.

No one can ever question the toughness of Julian Erosa because this guy is tough as nails. Not to mention, he’s a pretty damn good fighter as well.

Erosa entered Saturday’s match up with the undefeated Sean Woodson on just three days’ notice. His opponent, Woodson, is known for his height/length accompanied by unorthodox, but effective striking. All of which he put on display, yet Erosa just kept coming forward.

The biggest underdog on the card and in desperate need of a win, “Juicy J” Erosa finished Woodson via D’Arce choke in the third round. Without a doubt, Julian Erosa earned himself another UFC fight and at just 30 years old, there’s still plenty of time to climb up the rankings.

Calm, cool, and collected is the best way to describe Takashi Sato’s performance against Jason Witt. 48 seconds is all the time it took for Sato to drop and finish his late-replacement opponent.

Now (16-3) and one of Japan’s best mixed martial artists, Sato will look to build upon his spectacular performance in his next bout.

He has undeniable power at 170lbs to go along with his growing confidence on the feet.

You gotta love it when a fight actually exceeds the hype, and Dustin Poirier vs. Dan Hooker did just that. This fight will absolutely be in the conversation for fight of the year once 2020 wraps up.

These two warriors delivered non-stop action from the jump; in fact Hooker seemed to have the edge early on. Though competitive, Hooker out-landed Poirier and won the first two rounds, but the tides changed in favor of “The Diamond”.

Poirier came on strong once the third round began and never looked back, winning the final three rounds to obtain the victory.

Don’t get it twisted Hooker didn’t lose stock in his defeat, but Poirier really stood out as he displayed a great chin, cardio, and some of the highest level boxing in the sport. Another title shot was earned by Poirier Saturday night.

Nobody who watched Saturday’s card regretted it; nearly every fight was engaging in its own way. Obviously the biggest star of the evening was Dustin Poirier, yet there were several fighters who really stood out.

Kay Hansen, Khama Worthy, Julian Erosa, and Takashi Sato all had magnificent performances in their own right leading up to the memorable main event.