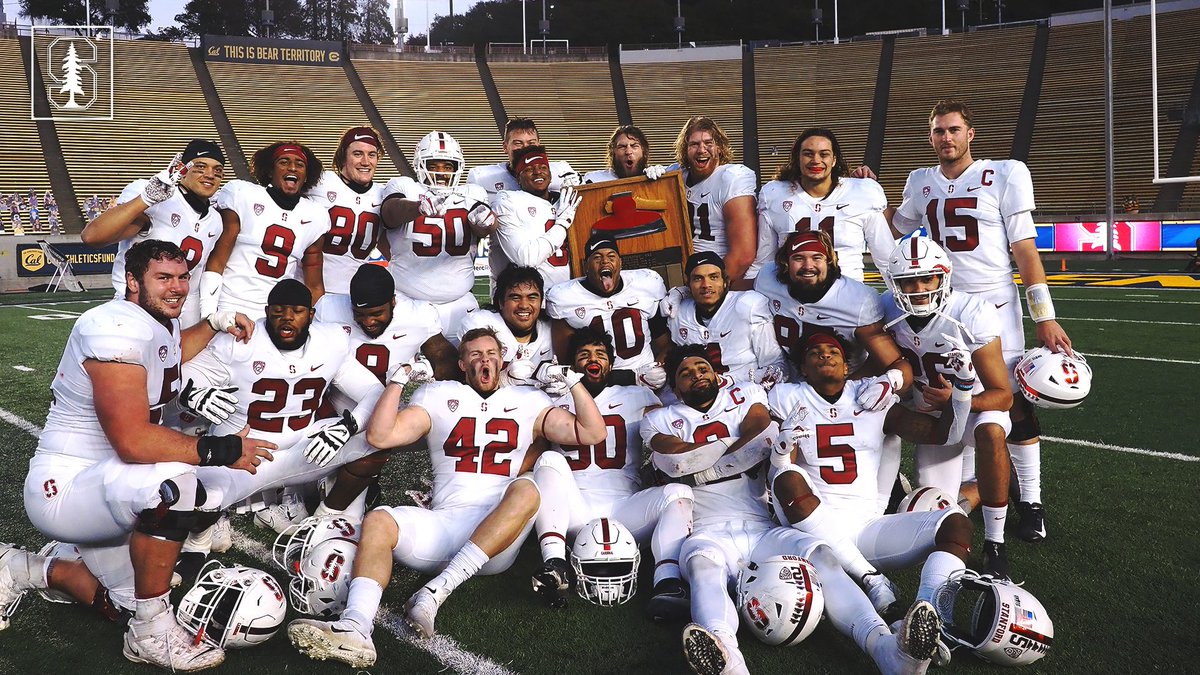 The 123rd Big Game between the University of California Golden Bears and the Stanford Cardinal was a never-before seen battle in what has been known over the years as the Battle For The Axe. For the first time in Big Game history the game took place on a Friday instead of the standard college football Saturday,  and for the first time in history, there was no crowd to witness one of college football’s oldest, most bitter rivalries.

This is more than simply a game of football, it is the ultimate clash between two contrasting student sections and bands from the San Francisco Bay Area’s two elite universities. Stanford is notorious for their quirky marching band and peculiar combination of Cardinal red uniforms and Christmas tree mascot. Cal is a stark contrast with their blue and gold uniforms. They began this back and forth feud over the axe in 1899, the year it was created by Stanford students. Later that year, the Cal student section stole the axe, leading to a series of back and forth axe heists between the schools. In 1933 both schools finally agreed to award the axe to the winner of the annual big game between the two schools.

In a year that has been like no other, the game came as just the third game of the season for each team due to a late start to the Pac 12 season. Just one year after Cal won the axe for the first time in 10 years after a thrilling come-from-behind 24-20 victory, Stanford reclaimed the axe this year. Thanks to a stellar performance by the Cardinal senior quarterback Davis Mills and the ability to capitalize off a series of miscues, Stanford edged out Cal 24-23. Cal’s special team blunders were capped off by a blocked extra point attempt that would have tied the game following a thrilling late touchdown.

This outcome will certainly go down in the history books as one of the more memorable games in the Big Game history. Besides the fact that it was during a historic pandemic it joins elite company as  one  that came down to the last play.

While the last play of this game will live on as an infamous part of Cal’s big game history, the most memorable ending in Big Game history  actually went Cal’s way. In the final four seconds of the 1982 Big Game, Cal trailed 20-19 as they received the final kickoff. On the ensuing kickoff Cal stayed on their feet as they lateralled the ball five times managing to make it into the endzone, in one of the most unbelievable, improbable moments in the history of sports, earning its nickname “the play.”

The icing on the cake for the history books came at the end of the play when the notoriously quirky Stanford band ran out onto the field thinking the game was over, only for the band’s trombone player to be run over in the end zone. What excitement will the next 123 years of the Big Game bring?

Myles Powell’s Game Compares To This NBA Legend, and The League Will Find Out This Season
RECORD NUMBER OF NFL PLAYERS RAISE AWARENESS THROUGH MY CAUSE MY CLEATS