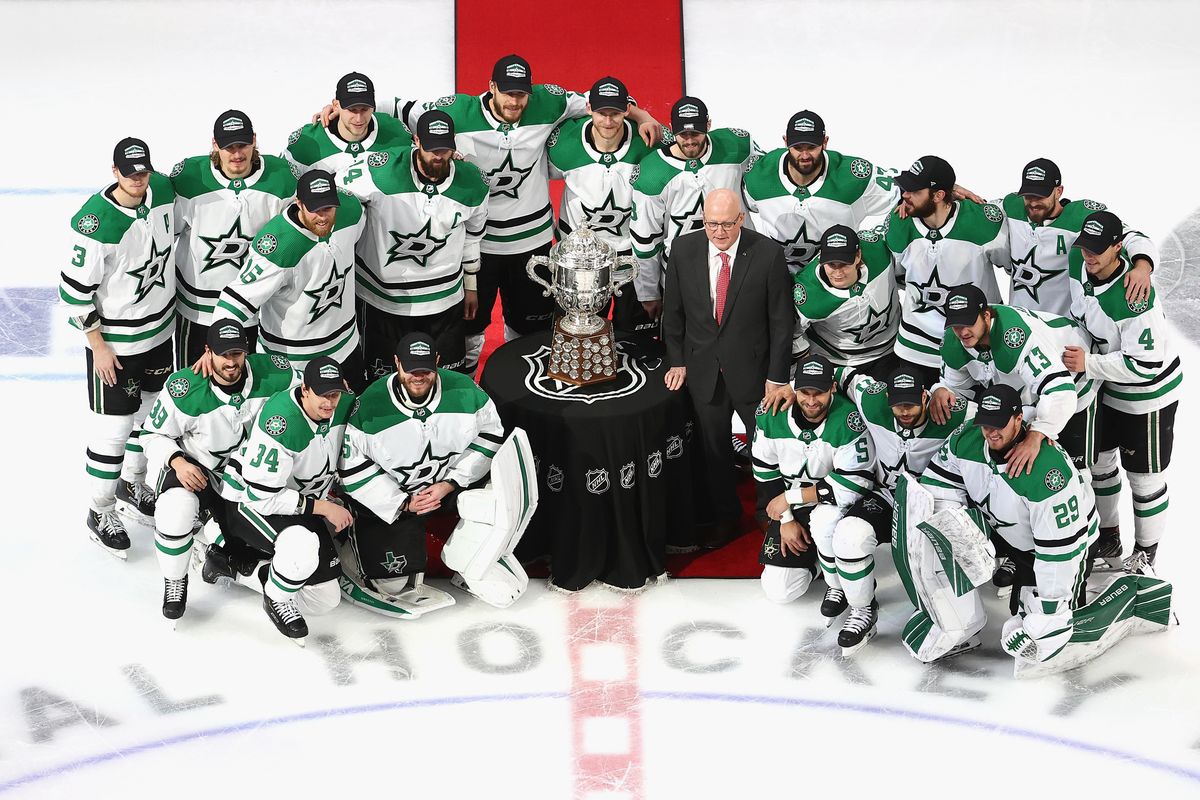 Thanks to F Anthony Cirelli, the 2020 Stanley Cup final is officially set as the Tampa Bay Lightning closed out the New York Islanders in OT in game 6. The Tampa Bay Lightning will appear in the Stanley Cup finals for the first time since they lost in 2015 to the Chicago Blackhawks. This core has been absolutely dominant appearing in four of the last six eastern conference finals and going on a historic tear in the 2019 regular season. But time after time, they have fallen short and have grown a reputation for choking in big spots.

They’ve been out for blood this postseason as they’ve steamrolled through the opposition:

1st round: Defeated Blue Jackets in 5

2nd round: Defeated Bruins in 5

3rd round: Defeated Islanders in 6

The only real adversity they’ve faced was the last two games in the Islanders series. Islanders G Semyon Varlamov played remarkably forcing games 5 and 6 into double and single OT, respectively. But the Lightning tilted the ice in this series and have been overpowering in the bubble.

Their top guys have produced in a huge way. 2019 Hart Trophy winner Nikita Kucherov has led the way with 26 points, 20 being assists. C Brayden Point is not far behind with 25 points of his own. D Victor Hedman has all but solidified that he is still one of the best 2-way defenders in all of the NHL. They’ve gotten solid contributions from depth guys like Blake Coleman, Yanni Gourde, and Mikhail Sergachev among many others. G Andrei Vasilevsky has been absolutely ridiculous with a 1.82 GAA and a .931 save %.

They’ve done all of this without 5-time 40 goal scorer, F Steven Stamkos. His absence has forced guys like Brayden Point and Ondrej Palat, among others, to pick up the slack. Stamkos has been practicing with the team for the past week and it is a very real possibility that he could be suiting up for the Cup final. This will be something to keep a close eye on going into game 1.

The Stars have emerged as one of the more surprising teams this entire postseason. First, they were just seven seconds away from being down 3-1 to the Calgary Flames in the first round, but eventually surpassed them in six. Then they almost blew a 3-1 lead to Colorado in round 2, but escaped the talented Avalanche in OT of game 7. Their most convincing series to date was the western conference final where they defeated the number 1 seed Vegas Golden Knights in 5 games.

Head coach Rick Bowness took over for former head coach Jim Montgomery in the middle of 2019 last season. He has done a terrific job in his tenure as the Stars were the closest to defeating the eventual 2019 Stanley Cup champion Blues. It took St. Louis 7 games and double OT to get past Dallas last year and this year Bowness has Dallas in a prime position to win their first Stanley Cup since 1999.

Bowness was an associate coach under Tampa Bay head coach Jon Cooper but was relieved of his duties in 2018. In his first head coaching job gig, Bowness has managed to finally get this Dallas core to erupt in the postseason. 2017 3rd overall, D Miro Heiskanen has been Dallas’s best skater with 22 points. The 21-year old has incredible vision, dictating pace, and constantly creating offense for Dallas. The Stars do not have the star power that Tampa does but they’ve yielded extraordinary results from a number of skaters. Veteran forwards like Joe Pavelski, Corey Perry, and Blake Comeau aren’t what they used to be but are starved of a championship and you get the feeling this may be a team of destiny.

Backup goaltender Anton Khudobin has been exceptional in Ben Bishop’s absence posting a 12-6 record with .920 save %.

These are two veteran-laden cores that have been together for quite some time now. Each was constructed by former Red Wings executives in Dallas GM Jim Nill, and former Lightning GM Steve Yzerman.

Each team is extremely deserving of winning this Cup as they suffered through constant trials and disappointment in postseason play. No one thought Dallas could make it this far, but went through the West’s two best teams in Colorado and Vegas. They were 29th in goals per game during the regular season but have exploded with 62 goals in 21 postseason games. The Lightning score with relative ease as they led the NHL averaging nearly 3.50 goals per contest.

Dallas will prove to be stingy defensively as they gave up the least even strength goals during the regular season.

Even without Stamkos, the Lightning have so much firepower and are never out of a game. At the moment, G Andrei Vasilevsky is the best goaltender in the world.

I expect a back and forth series, but it’s the Lightning’s time to undo their previous postseason misfortunes.