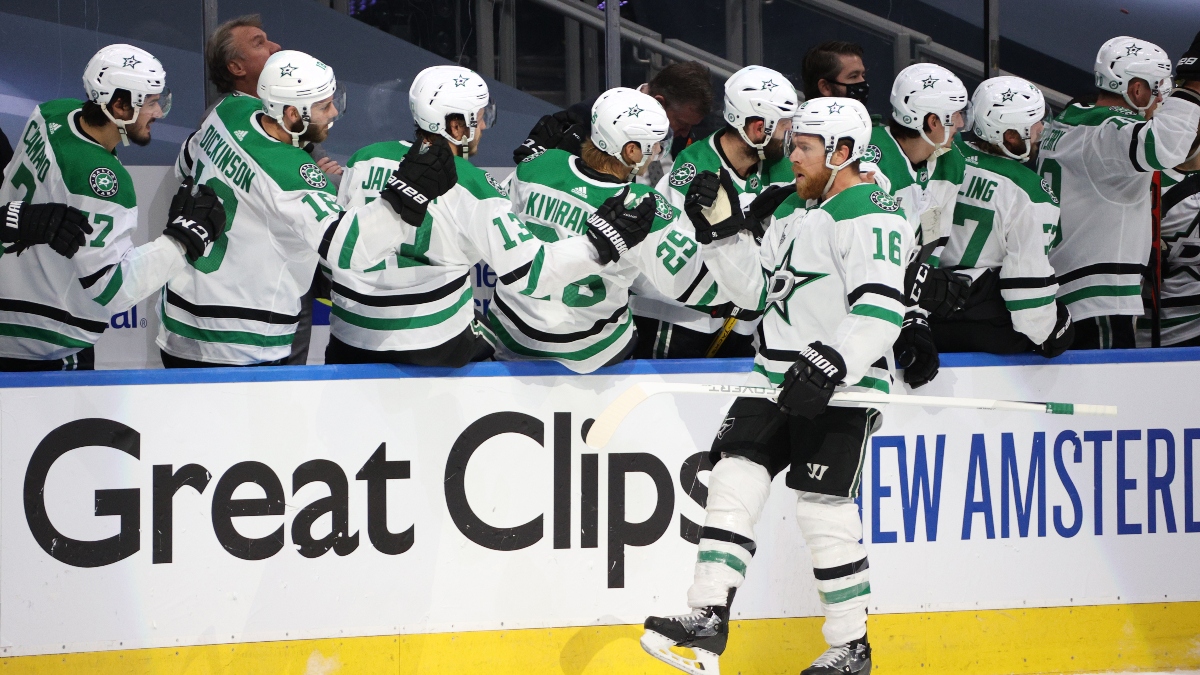 The Stanley Cup was in the building ready to be delivered by its white gloved handlers to the Tampa Bay Lightning. The team came into Game 5 fresh off yet another OT thriller less than 24 hours earlier to put the Dallas Stars on the brink. How could Dallas come back from that loss after getting beat for the third straight time in such devastating fashion? Now up 3-1 in the series, all the Lightning had to do was come in and finish the job. Easy right? Wrong.

The Lightning had the game, the series and the Cup all within their grasp.

The teams traded goals in the first two periods, on tallies from Stars forward Corey Perry and Lightning forward Ondrej Palat. Then four minutes into the third Mikhail Sergachev blasted a seeing eye shot past a screened Anton Khudobin to give Tampa a 2-1 lead.

The Lightning pressed on, not looking to sit back and play defense for the rest of the game to hold the lead. No, this team kept coming at Dallas, outshooting and out-chancing them the rest of the period, and then it happened. With nine minutes left in the third, Dallas was awarded a power-play opportunity after Eric Cernak was sent to the sin bin for high-sticking.

The replay showed it was a questionable call at best, but on to the penalty kill Tampa went. To this point the Stars power-play had been mostly dormant, going 0-2 on the two previous chances. They didn’t fare much better on the third try either making it 0-3, but garnered an offensive zone face-off just as the penalty expired.

The Stars won the draw back to Miro Heiskanen who fired a quick shot on goal that was stopped by Lightning goalie Andrei Vasilevskiy. The rebound, however, went right to Stars forward Joe Pavelski who cashed in to tie it at 2-2.

The goal was not only the key tying tally late in the most crucial game of the season, it also tied Pavelski for the league lead in goals for this year’s playoffs with 13. It was also Pavelski’s 61st goal overall for his career, making him the most prolific American born NHL’er in playoff history.

The rest of the period the Lightning kept pushing while winning most of the puck battles, but the Stars hung tough. Nonetheless, the cracks were beginning to show again for Dallas as the Lightning pressure continued to build. The best chance for a Tampa game winner came off a deflected shot by Anthony Cirelli. The shot, however, rang off the post just to the right of the Stars netminder negating yet another Lightning scoring opportunity. So after all the pressure, shots and multiple chances to end it, the Lightning couldn’t put the Stars away and finally end life in theNHL bubble for 2020.

The first OT started much like the previous three periods with Tampa all over the Stars. The Lightning came out peppering Khudobin with point blank shots and offensive zone time aplenty. All the while keeping Dallas hemmed in their own zone virtually all period. The Stars didn’t manage a shot on Vasilevskiy until almost the 18 minute mark of the first OT period. Even then the two whole shots they did manage were largely ineffective.

The first period of bonus hockey was so bad for Dallas that Perry nearly scored on his own goalie at the end of the period. Perry was back-checking in the slot when he inadvertently tipped a Lightning cross-crease pass into his own net. Luckily for Perry and the Stars, it drifted just to the right of the goal where Perry gathered it and skated it to safety.

With the scores still tied, the teams came out for the second overtime. It was evident early on that the tone of this period was drastically different to the first OT. The Stars came out with two quick shots and got a great breakaway chance by Denis Gurianov that barely missed the net.

The Lightning were then able to regroup and again began to dominate play, but Khudobin was up to the task making solid stops on Cirelli and Ondrej Palat. The Lightning sustained pressure in the Dallas end for most of the first half of the second OT, but yet again were unable to put the Stars away and it finally came back to haunt them.

Just before the midpoint of the period, John Klingberg rifled a shot on net from the point. Vasilevskiy was able to make the initial stop, but just like the Pavelski goal to tie it, the rebound was collected by Perry who buried the game winner for his second of the game.

Incidentally, Perry and Pavelski were both offseason pickups this year and are the oldest and second oldest on the team. Like they say, experience matters in big games and it doesn’t get any bigger than being down 3-1 in the Stanley Cup Finals before the Game 5 victory.

Some may look at this game as more of an even matchup than it was but the fact is that the Lightning let a golden opportunity slip through their fingers. Yes the shots were fairly even and yes the game was either tied or led by just a goal for most of the game. Those who watched the game know the simple truth, however. The Lightning carried the play most of the night and absolutely had the better of the chances, both in quantity and quality.

The last thing any team wants to do when up 3-1 in a series is allow the opponent off the mat. Dallas came back after an incredibly disappointing loss in Game 4 to return the favor right back to the Lightning. Now instead of making parade plans, or whatever celebratory event could be planned during Pandemic 2020, they will have to sweat out yet another game on Monday night. A game with an opponent with a new lease on life, and more motivation than ever to keep right on living it.