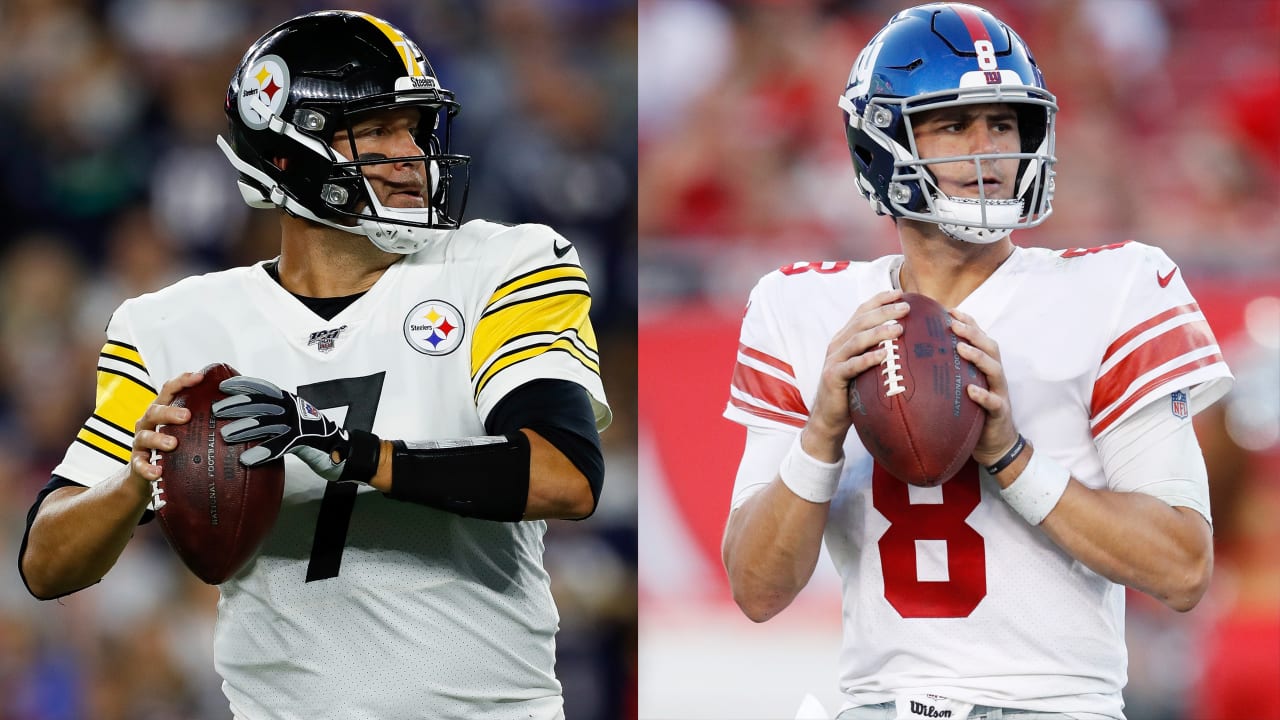 It wasn’t exactly how either team drew it up on the board, but the Pittsburgh Steelers came away with a 26-16 victory over the New York Giants on Monday Night Football to open the 2020 regular season. The Steeler defense looked as if they had missed no time from the 2019 season, swarming Daniel Jones and the rest of the Giant offense with pressure and timely turnovers. And while it was in a losing effort, there were definitely things about the Giants game they can use as a building block as this team looks to find its new identity.

It had been 364 days since Ben Roethlisberger had taken a snap in an NFL game, and at times during the first half, it looked that way. But as the game went on, you could see the future Hall Of Famer settle into what everyone is used to seeing from the 17th year veteran. Juju Smith-Schuster noted to his teammates in the 2nd Half that it was the Big Ben he remembered. Roethlisberger went 21-32 for 229 yards, 3 touchdowns, and no interceptions. When asked after the game, it sounded like what may have started as doubt in terms of his return to the game, he made it clear that he came back because they “have a special group of football players and men”.

The game was decided by two drives, both of which ended with the Pittsburgh defense coming up big when needed. The Giants took the opening drive past midfield, but settled for a punt which Steeler wide receiver Diontae Johnson fumbled. The Giants fell on the ball at the 3 yard line, but the Steel Curtain held Big Blue to a field goal. Then, in the 3rd Quarter, the Giants went on a long drive where they were able to convert on multiple 3rd downs. On the 19th play of the drive, the Giants were down to the Steeler 4 yard line. Jones bootlegged to the left, and instead of throwing the ball away, he tried to force the ball into the end zone. Unfortunately for Jones, Steeler linebacker Bud Dupree, who was the best player on the field, got his hand on Jones’ throwing arm and the ball fluttered in the air and into the awaiting arms of Cam Heyward just inside the goal line. Heyward said of the drive that they had to be a “bend but don’t break” defense.

One of the Steelers main focuses was stopping Giants star running back Saquon Barkley, who finished with 15 carries for 6 yards. Heyward noted that “the DBs did a great job” aiding in containing Barkley, and head coach Mike Tomlin said they “put the secondary in harm’s way” by utilizing an all-out assault to stop the Giants most dangerous weapon.

The game did come at a cost, however. Running back James Conner left the game in the 3rd Quarter with an ankle injury, guard Stefen Wisniewski suffered an injured pectoral, and tackle Zach Banner went down with what looked to be a serious knee injury. The Steeler offense seemed to look more explosive with Benny Snell in the game even before the Conner injury. After Conner left, Snell took over and finished with 19 carries for 113 yards. He made sure to thank his offensive line as he opened up his post game Q & A.

This was both teams’ first time playing a meaningful game in front of an empty stadium. Roethlisberger said it was weird. Tomlin said that the players “generated their own enthusiasm” on the sideline and on the field. Heyward said that “it still hasn’t settled in yet” that they are playing in a way they could have never fathomed. But with all of the uncertainty, Smith-Schuster said that he is “having a lot of fun”.

The Giants will look at the two drives that the Steelers made the biggest plays and say if they can fix those, they could have won this game. If both of them end in 7 points, the Giants finish with 27, so they would have a point. Jones finished the game 26-41 for 279 yards, with 2 touchdowns (both to Darius Slayton) and 2 costly interceptions which the Steelers scored 10 points off of. Jones did look comfortable in the quick passing offense. The defense was able to make some plays, which is more than you could say about last year’s group. The biggest question mark for the Giants continues to be the offensive line. Yes, they played perhaps the best defensive unit in the league, but they were manhandled for most of the game.

No, there weren’t any fans in the seats. No, it didn’t have the same emotion that you get from a normal Monday Night game. No, it won’t be the ultimate determination of each team’s season. But what we got was a big jolt towards normalcy. Football is back!

UFC On ESPN+ 35 Was Wacky, But Fun
Big Blue Report: Giants Fall To The Steelers 26-16 As Offense Sputters