Step Aside Sam Darnold, Saquon Barkley Taking That Rookie of the Year Award 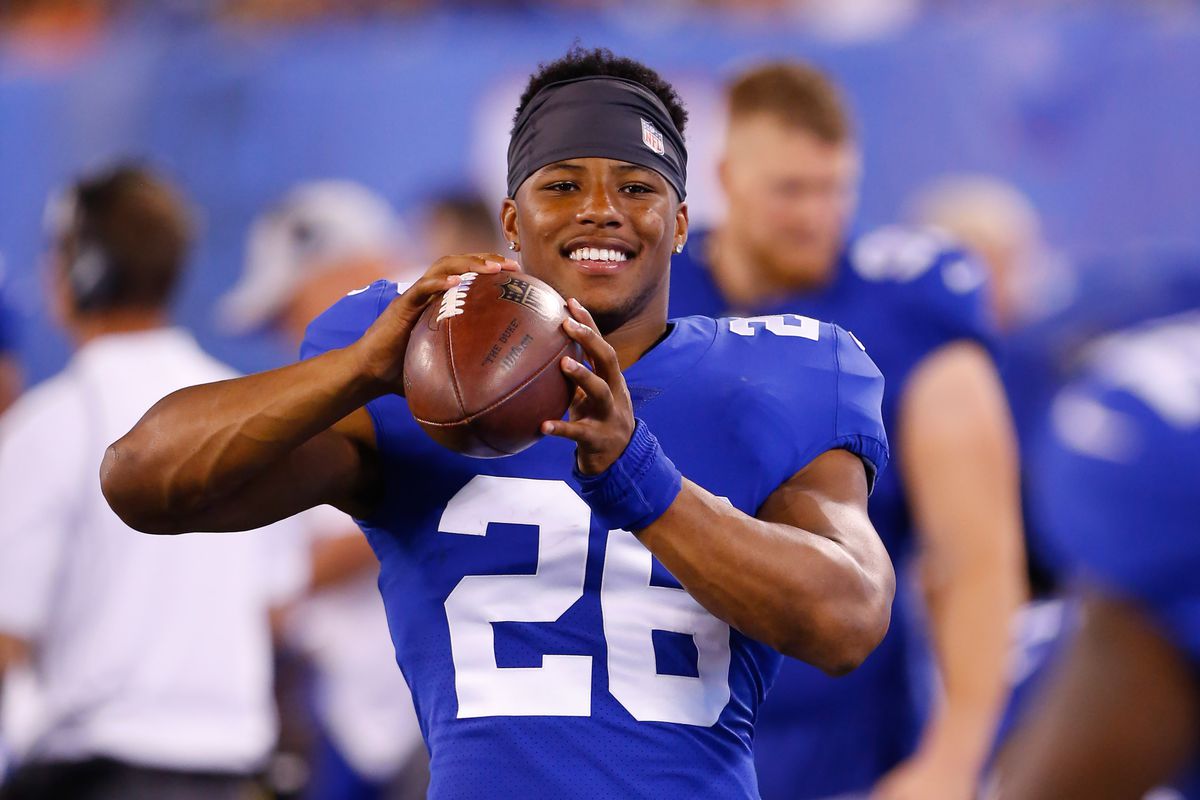 Before the four-interception game against the Miami Dolphins, New York Jets quarterback Sam Darnold was on pace to win Rookie of the Year. He had 11 touchdowns and 10 interceptions throwing for nearly 2,000 yards before that game. But with an injury and taking a step back, a rookie running back has emerged from the shadows and leading the team to two wins in a row. That player is New York Giants running back Saquon Barkley, who continues to show why the franchise picked him over a quarterback.

Saquon Barkley has 3 touchdowns for the Giants today (2 rushing, 1 receiving).

He's the first Giant with 3 touchdowns in a game since Odell Beckham Jr. in Week 8, 2015 against the Saints. pic.twitter.com/dzxj13gOYx

Barkley put on a show against the Tampa Bay Buccaneers. Although they faced a historic bad defense, the Giants needed to win this game. The margin for error is thin that if they lose any of their remaining games, they aren’t making the playoffs. The NFC East may be weak but it’s still winnable for the Giants. It starts with the mindset of Barkley and the team understanding that it’s now or never.

“The difference in these wins is we’re executing,” Barkley said according to Newsday. “We’re finishing games, we’re finishing drives, and that’s what we wanted to do in the first half of the season. But we weren’t executing. Coach put a highlight reel of the plays we just missed, and that’s how close we were. And that’s how close we know we are. These last few games, we’re the opposite of that.”

Barkley just has that “it” factor and leadership qualities. In 10 games, Barkley has 7 rushing touchdowns for 728 yards. He also has 3 reception touchdowns. People on the team know that he and Odell Beckham Jr. are cornerstones of the franchise. He’s not a selfish player that care about stats and trying to break records. It’s all about winning and understanding the big picture.

If Barkley continues to put up numbers and the Giants win at least six to seven games, he will be Rookie of the Year. No one would argue that since he’s a generational talent and has a chance to be in the Pro Football Hall of Fame.