Sterling Should Be Next to Fight for the Belt; Not Aldo 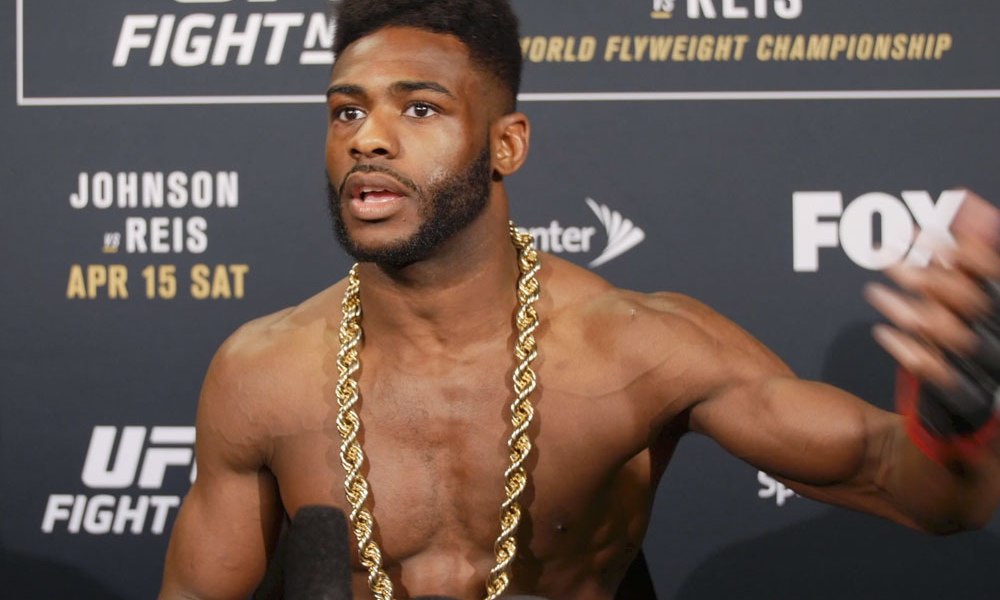 Aljamain Sterling made a statement this past Saturday by submitting (rear naked choke) Cory Sandhagen just a minute and a half into the fight. At this point he is clearly more deserving of a title shot than Jose Aldo.

Since getting KO’d by Marlon Moraes back in 2017, Sterling has beaten the likes of Brett Johns, Cody Stamann, Jimmie Rivera, Pedro Munhoz, and now Cory Sandhagen.

Over that same span, Jose Aldo is just (2-3) and is currently on a two fight losing streak. He’s also (0-1) at bantamweight; yet Dana White still insists on having him fight Petr Yan for the vacant bantamweight belt.

White doubled down on that decision in a press conference following UFC 250.

“You guys know what the next fight is, but yeah he’ll get a shot after that,” White said. He continued to say “I think that fight’s done”.

As of now it appears the UFC will move forward with Yan vs. Aldo, but it’s never been the right decision, and Sterling’s performance Saturday night reaffirmed that notion.

Prior to Henry Cejudo’s unexpected retirement last month, the plan was for Aldo to be next to face Triple C for the bantamweight belt. After Cejudo’s announcement, the UFC decided to throw Petr Yan into the mix to take on Aldo.

If you compare Yan’s and Sterling’s resumes before Saturday’s event, the “Funk Master” still reigns supreme. Yan had an impressive and active 2019 by defeating John Dodson, Jimmie Rivera, and Urijah Faber. However, Faber and Dodson are not the same fighters they were in 2013.

Sterling should have had a chance to fight for the belt ahead of both the great Jose Aldo and Petr Yan. Unfortunately, it seems that he’ll have to wait for the winner of that fight before he gets his opportunity.