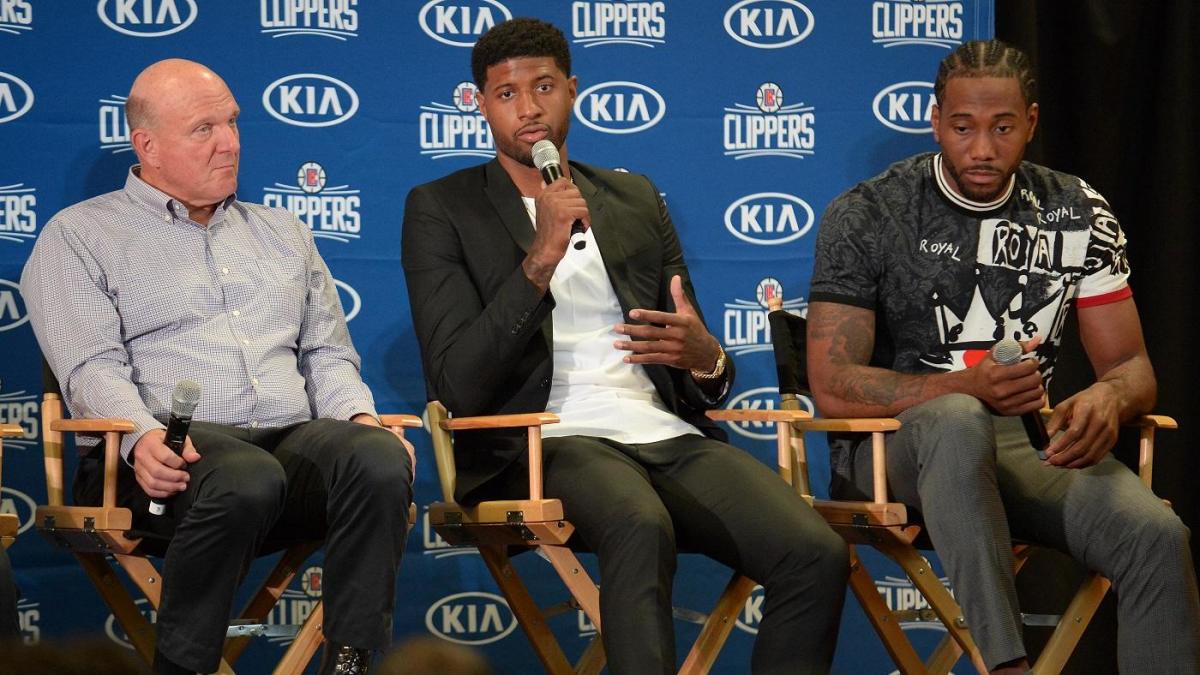 “It’s pretty cool. Pretty damn cool. Wooooooooooooo!” These were the passionate cries of Los Angeles Clippers billionaire owner Steve Ballmer at the Kawhi Leonard and Paul George introduction ceremony. The energy and genuine, childlike excitement of Ballmer mirrors the same energy he had way back at the 1995 Microsoft Windows 95 launch, a now famous clip where young nerds Steve Ballmer, Bill Gates and other execs dance around and get fired up on stage over the successful launch of their operating system. Now, many years and billions of dollars later, Ballmer has not lost that enchanting energy and charm, albeit he’s now in an entirely different realm than computer systems. He bought the Clippers for an unprecedented $2B following the well documented downfall of ex-owner Donald Sterling and has been working toward this moment since he took over. Now equipped with two true superstars and an already deeply talented team, Ballmer will attempt to lead the Clippers to the promised land.

Ballmer has always been larger than life, whether it be his over the top personality or out of this world bank account. For some perspective, Ballmer is the richest NBA owner and it’s not even close. His net worth is ~$40B while the second wealthiest NBA owner is the family of the late Paul Allen at ~$20B. Some younger NBA fans may only know Ballmer as the crazy older man at Clippers games who dances and is always being shown on the Jumbotron, not the power hungry tech giant who became the CEO of Microsoft after Bill Gates at the turn of the century. Bottom line is, everything Ballmer does, he does it big. Which is why he is the perfect person to bring the long maligned Clippers into the national spotlight as a true contender.

Ballmer recently announced that he will commit $100 million to the Inglewood community as part of a community benefit plan. This ties in with his plans to finally build the Clippers their own arena in the Inglewood area. The $100 million investment breaks down roughly into $80 million for affordable housing initiatives and $12.75 million for schools and youth programs. Ballmer also dedicated $10 million a couple weeks ago to the LA Parks Foundations, with the goal of renovating all of LA’s public basketball courts. The craziest thing about Ballmer’s billion dollar plan for the Clippers’ new arena and community investment is that not a penny will come from public funds, as Ballmer is paying for it entirely himself. Ballmer is single-handedly ushering in the Golden Age of Clippers basketball.

Ballmer wants to ingratiate himself with the LA community, as he foresees the Clippers becoming a perennial powerhouse in the NBA for years to come and wants the public to jump on the bandwagon. He’s already off to a great start by bringing in superstars Kawhi Leonard and Paul George this offseason in a move that shocked the league, especially because rumors were floating around that Leonard would go to the Los Angeles Lakers. The Clippers have long been in the shadow of their crosstown rivals, even though they’ve had a better team for most of the decade. Steve Ballmer wants the Clippers to make a name for themselves in Los Angeles, and winning a championship is not a bad way to start.