Suns dominate Games One and Two 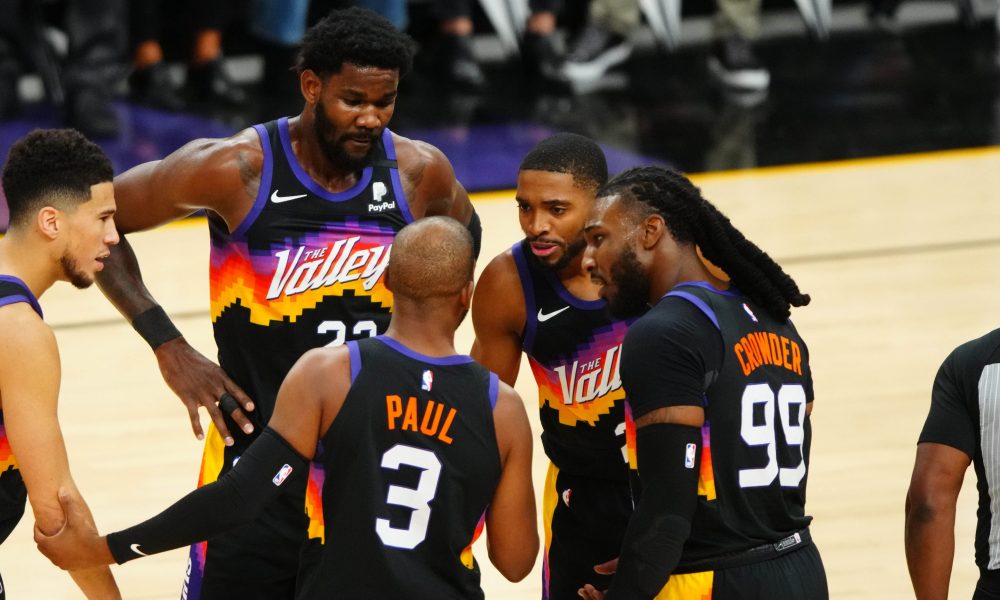 After the Phoenix Suns’ big win on Wednesday night, they now are up 2-0 in a series that they have dominated. They took both games at home by over 15 points each, including holding a Denver offense that ranked in the top 10 in offensive points per game to under 105 points in each of the first two games.

Although league MVP Nikola Jokic is scoring at a high level, averaging 23 points this series, Phoenix is making sure that no one else beats them. They are letting Jokic get his in order to run out to Denver’s sharpshooters that include Michael Porter Jr. and Will Barton. This is what you have to do against Jokic. His passing ability is so dangerous where he can find open teammates on the floor at any point. By running out and closing out on these shooters, it takes away Jokic’s most dangerous skill. This has caused Denver, who shot the three at a very high level this season, to shoot under 35% from deep so far.

“A lot of it was us just being aggressive on defense,” said Torrey Craig, “we try to make it as tough as we can on those guys and get the rebound and run.”

On the offensive side of the ball, the Suns have exploded.  In the first two games, each starter for Phoenix has scored in double figures.“It makes the task that much more difficult for our opponent when everyone is rolling and involved,” said forward Jae Crowder after Game Two.  “We’re trying to get the job done collectively…it’s not one guy doing everything.”

However, Phoenix knows that this series is nowhere near over. In the last series, the Suns came back from down 2-1 against the Los Angeles Lakers and dominated the series from there. Even in this postseason, Portland Trail Blazers star Damien Lillard had a 55-point performance in Denver and lost in double overtime due to Denver’s home-court advantage.

Playing in the mile-high city, the Nuggets are a top-tier team in defending their home court.   Their 6.3 point differential at home makes them a dangerous team and ranks them in the top 5 in that category. Also, in Game Three they will come out aggressive and play like there’s no tomorrow, not affording to go down 3-0.

“We’re taking it one game at a time,” said Devin Booker, “We’re coming in with a one-game agenda because these games have their own personality. We don’t want to get, as Monty says, ‘happy on the farm.”

Phoenix can not fall into this trap. They need to continue to fast breaks and force Denver to play fast which keeps the ball out of Jokic’s hands in the post. If the Suns can stick to their game plan, Phoenix will continue to have the upper hand.

The important Game Three will be on Friday at 7 p.m.