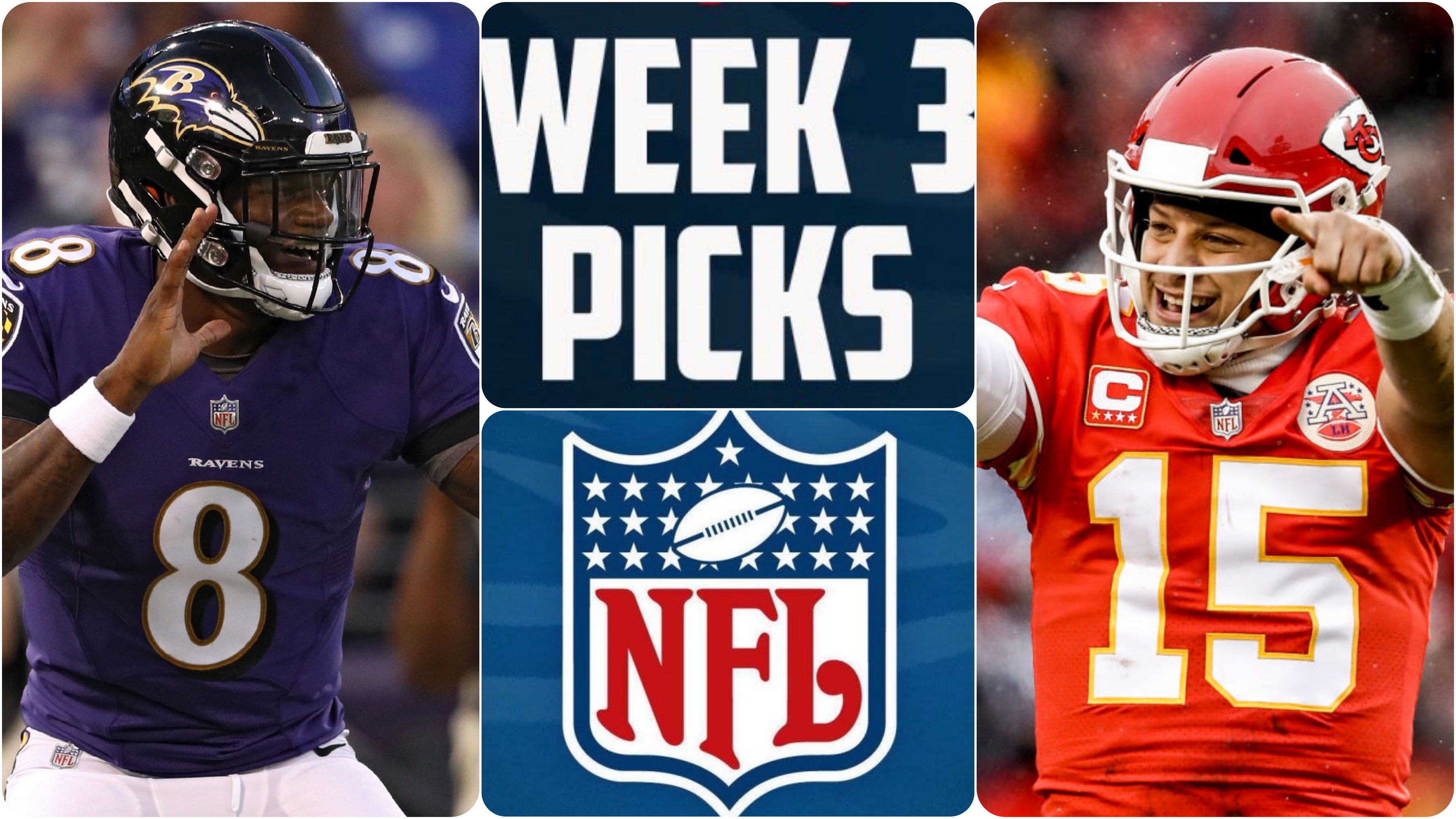 Will Lamar Jackson's ground game take the legs out from under Patrick Mahomes' aerial assault?

Kansas City, Missouri – In their first game at Arrowhead Stadium this week, the Kansas City Chiefs face their first true test of this young NFL season when they entertain the visiting Baltimore Ravens.

And far be it from me to call the winner of today’s contest in Week Three of the season the front runner for the chance to represent the AFC in Super Bowl 54 (yes, I know it’s still New England’s AFC title to lose), but you have to admit that powerhouse quarterbacks like Patrick Mahomes and Lamar Jackson are the future of this league, the next-gen marquees.

For Mahomes, he’s my front runner for the NFL’s Most Valuable Player right out of the gate three weeks ago. Last week, he carved up Jon Gruden’s Raiders 28-10, behind a 30-of-44, 443 yard, and four passing touchdowns afternoon to register a 131.2 quarterback rating for Week Two.

Mahomes is ranked No. 1 in the NFL’s ranking system going into Week Three.

Demarcus Robinson (seven receptions, 172 yards, and two touchdowns) and Travis Kelce (seven receptions, 107 yards and one touchdown) were Mahomes’ top targets and recipients of shared game honors, as the win over Oakland was mostly an aerial assault, with LeSean McCoy putting in a modest 23 yards at 2.1 per carry.

Jackson is no slouch for the rejuvenated Ravens, calling his jersey number this week by ranking No. 8 on NFL.com.

A completely different style of quarterback than Mahomes, Jackson can hurt teams on the ground, as well as through the air, just like he did at Louisville.

In fact, I knew once Baltimore landed Jackson in the 2018 NFL Draft, Joe Flacco’s days in Charm City were numbered. Flacco is old school, where Jackson brings the Ravens new energy with his frenetic pace and athleticism.

Last week, he kept Heisman Trophy winner Kyler Murray winless in Phoenix, throwing for 272 yards in the air and tearing up the turf in Glendale by grinding out another 120 yards on the ground, making him the Ravens’ leading rusher in Week Two. Mark Ingram II had just 47 yards at 3.6 per.

In Week One, Jackson ripped off a career high 324 yards and five touchdowns against the Miami Dolphins, becoming the youngest QB to earn a perfect passer rating.

(To be fair, though, I just scored twice against Miami while writing this column).

Jackson’s versatility may make him the slight favorite to win today’s battle, even though Mahomes as a year of experience over him. Mahomes’ ground game is virtually non-existent (two rushes, one yard for a 0.5 yards per carry average), though he has put up just shy of 1,000 yards in the air over two games (821 yards through two).

The Chiefs are also without the services of Tyreek Hill (broken collarbone) and the running game is in short rotation if McCoy is still hobbled by a bothersome ankle.

Baltimore leads the NFL in total points and total offense.

My pick is Baltimore 28-24, though the Chiefs won 27-24 when these two teams met last December.