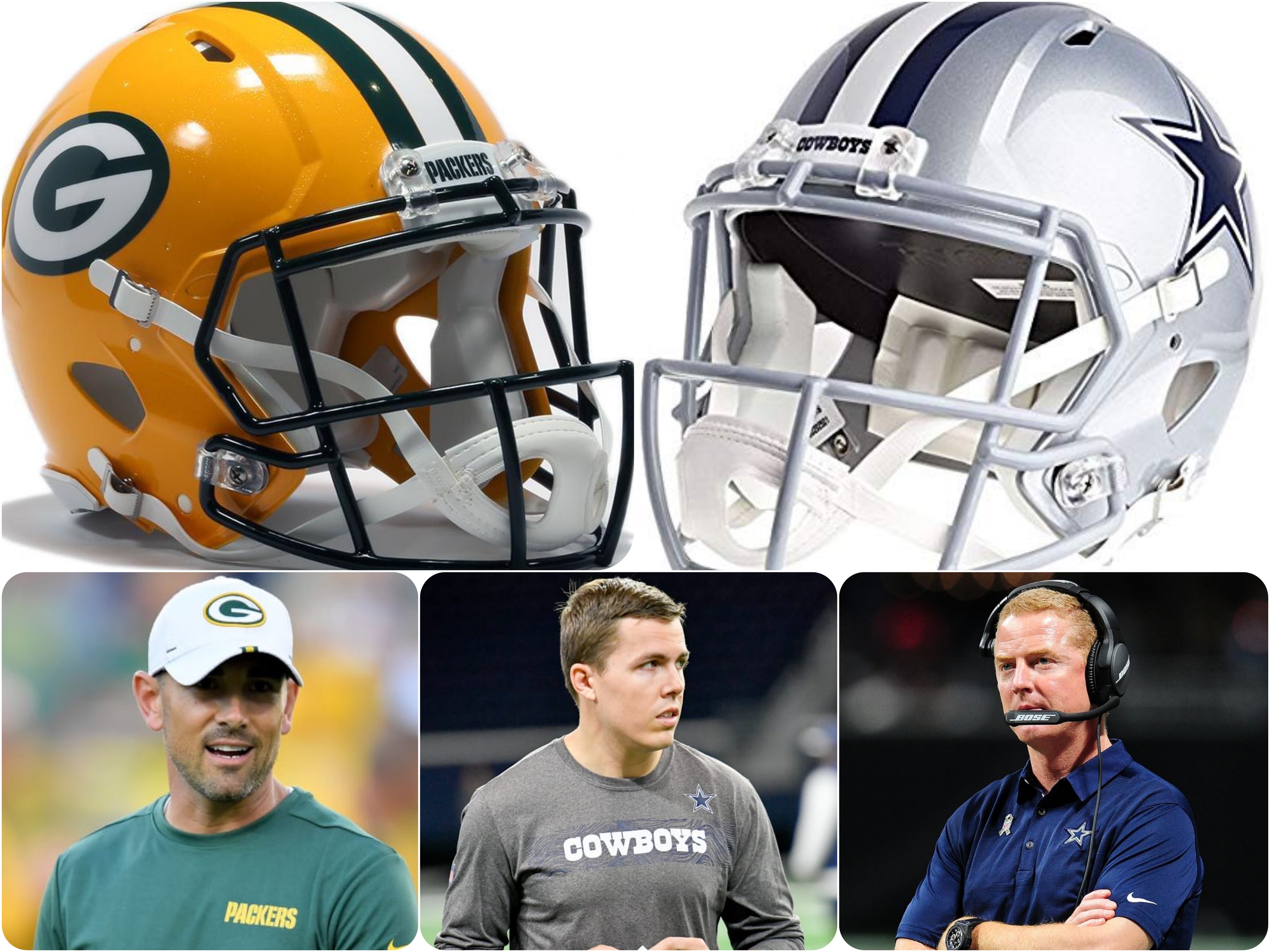 The Green Bay Packers may have problems in Dallas without Davante Adams, while going against Kellen Moore's offensive schemes.

Arlington, Texas – Finding a Game of the Week to analyze before kick-off is tantalizing; it’s like walking into a Las Vegas buffet and having your choice of almost anything you want:

Two storied franchises where one has a young coach paired with a grizzled veteran quarterback, and the other has a young backfield paired with a veteran coach that many, unbelievably, are naming him as the problem for the team getting over the hump.

I’ll tell you, Jason Garrett is no more the problem in Dallas than Aaron Rodgers is in Green Bay.

You’ll have people on both sides of those arguments saying that those two are the problem(s) to their team(s), but we all know what opinions are like. And we also know that people are often ‘opinions.’

That’s all I have to say about that.

Matt LaFleur has done a fairly masterful job of coming to Lambeau and allowing Rodgers and the Packers to stick to what works, not upsetting the Apple(ton) cart, if you will. Missing the playoffs the last two seasons, after notching consecutive appearances since 2009, is what cost Mike McCarthy his job (2-2 Joe Philbin, too, since he probably wants his name in print).

But LaFleur and his approach makes sense, since he was a quarterbacks coach with the Washington Redskins, Notre Dame Fighting Irish, and Atlanta Falcons; he was also the Offensive Coordinator for the Los Angeles Rams and most recently the Tennessee Titans before coming to Green Bay.

Parlaying those successes into working with one of the greatest quarterbacks in the league has helped Green Bay to wins over the Chicago Bears, Minnesota Vikings, and Denver Broncos to go 3-0, before the Eagles and Nigel Bradham picked Rodgers off and the Philadelphia Eagles stole a spotless start for the Pack heading into today’s game on the road.

Missing Davonte Adams, who had 180 yards receiving versus the Eagles last week, will be a big blow for Green Bay. Adams was already averaging 15.1 yards per catch this season, adding to his career 4,575 yards before the turf toe diagnosis was announced.

Dak Prescott won’t have that problem.

Lining up with Ezekiel Elliott in the backfield, and having targets like Amari Cooper, Randall Cobb, Michael Gallup (questionable today), and Tavon Austin to throw to make the Cowboys an easy favorite this afternoon, notwithstanding home field advantage with the NFL’s most loyal following.

Elliott is averaging 4.4 yards a carry through 73 rushes, 324 yards and three touchdowns. That’s $10,303 for every time he’s carried the ball this season, or $250,712 per touchdown on Jerry Jones’ ROI ledger. And, he’s set to become the fourth highest paid running back in the NFL next season with that six year, $90 million extension.

Cooper has found new life since being sent to Big D midway through the 2018 season, when Jon Gruden decided he didn’t want any Pro Bowl type players on his Oakland Raiders team. He is averaging 13.7 yards through 74 receptions and over 1,000 yards as a Dallas Cowboy. Cooper is listed as probable for today, despite dealing with an ankle strain.

Dallas also has a secret weapon in Kellen Moore, the former Boise State wunderkind quarterback who overcame his underweight frame to become a statistic machine in Boise (1,157-of-1,568 for 73.8 percent passing over four years, 14,667 yards and 143 touchdowns), and whose genius football mind has him poised to possibly become the Cowboys’ next head coach … or for now, the youngest offensive coordinator in the NFL at 31 years of age.

With my admiration of Moore in mind, I’ll give Dallas the at-home win today, 43-28.

It’s not as bad as the University of Tennessee’s loss last night to Georgia Bulldogs … but for the Packers, it might feel like it.