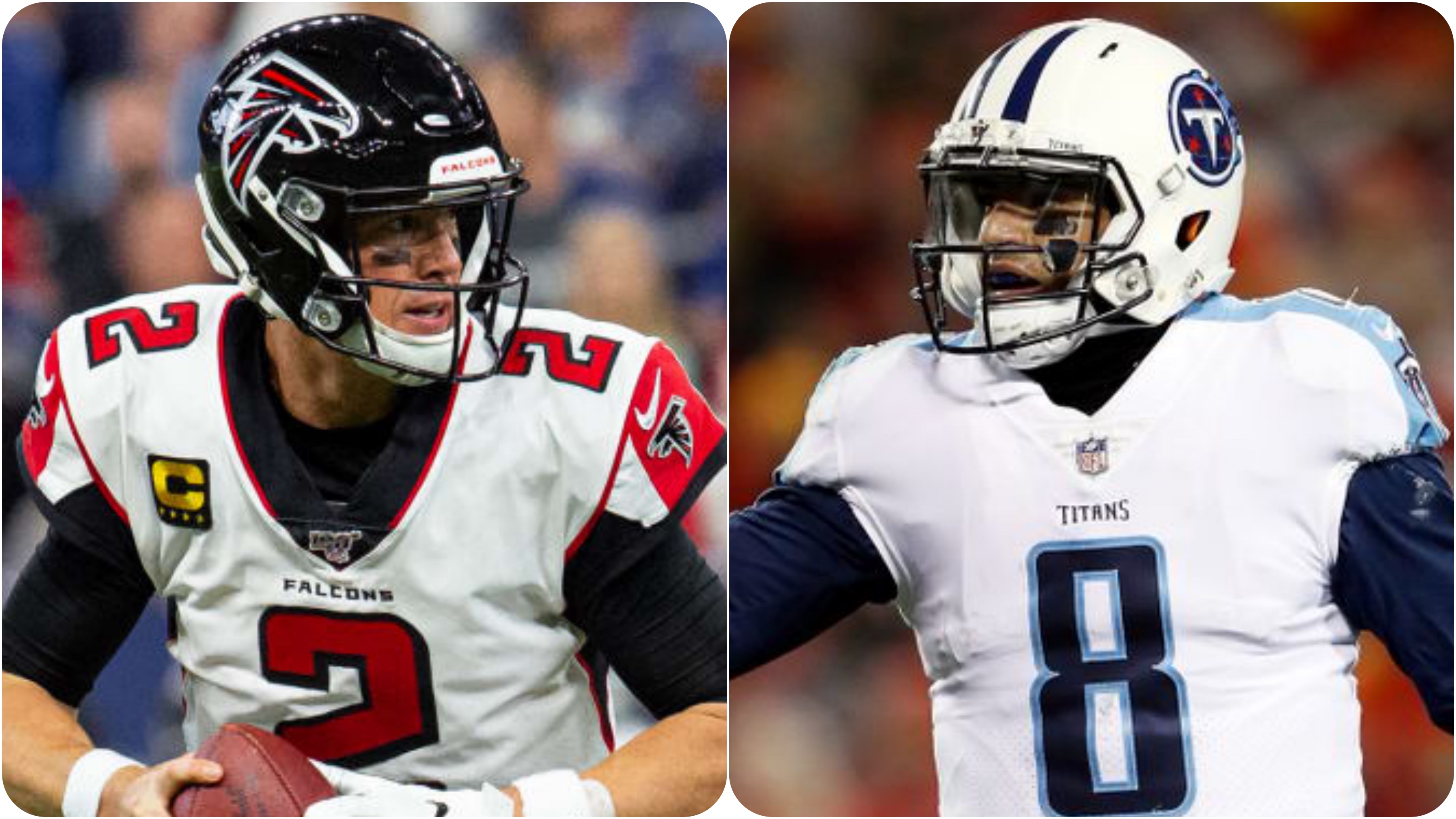 Both of these gentleman have something to prove today, but Mariota has more on the line.

Atlanta, Georgia – The way that Atlanta has been playing to begin the season is nothing short of un-Falcon-acceptable. Tennessee started with a shellacking of Cleveland, but has been underwhelming since. Marcus Mariota is in a do or die year, while Matt Ryan and Julio Jones have been (over)paid – it’s time for one of these teams to step up.

The Tennessee Titans have $43,514,313 in cap space, so could spend a little to get themselves some help to overcome being the most mediocre, winning team to make the playoffs – then disappear – season after season.

After looking at these two – especially at the cost per touchdown – I’m starting to agree with Longfellow Deeds (Adam Sandler) when he asked Kevin Ward (Brandon Molale) if he could pay him less if he sucked.

If Ryan, Jones and the Falcons would have played to expectation – forget salary expectation – the way they did last week in the second half against the Indianapolis Colts, instead of Ryan going for only 88 yards, we might be talking 3-0 instead of 1-2 in a week-ass NFC South.

The Falcons are tied with Tampa Bay and Carolina behind a New Orleans Saints team that hasn’t looked any more impressive than the teams it’s ahead of.

After taking the first half off and allowing Jacoby Brissett to look like a Pro Bowl quarterback, Ryan and Jones bounced back and led a rally in the second half that came up short, despite a 22-of-23 performance from Ryan for 216 yards, three touchdowns, and a near-perfect 145.5 QB rating in the second half.

The end result was not what you expect from over $200 million combined in salary extensions.

Mariota, on the other hand, is working on a $20.92 million salary (9.6 percent of the Titans’ cap space), and playing for a new contract (his expires at the end of this season).

Yet Mariota is playing as if he’s still on injured reserve in many ways. This season, through three games, the kid who gave Mark Helfrich his 15 minutes of fame has only completed 60.9 percent of his passes for 706 yards, with an also underperforming, underutilized running back in Derrick Henry.

That’s $1.3 million a game, 33 fewer completions than Ryan, only four touchdowns, yet no interceptions.

(My annual salary is about equal to one of Ryan’s passes – but annual salary is capped. In fact, it just got reduced by being disallowed overtime. I should have learned to throw a football).

I’m sure the Tennessee Titans didn’t draft a Heisman-winning Oregon Duck simply to watch him lay egg after egg after egg. And I’m sure that Tennessee fans aren’t happy with the 1-2 Titans or their beloved Vols, much less the rebuilding Memphis Grizzlies.

At least Volunteer basketball and Vanderbilt basketball is only a few months off, so the State of Tennessee can see some excellence. Until then, they’re going to have to stick with the Central Bobcats, here in Knoxville.

Until then, it appears we’re going to have to hope that Ryan gets incensed by the money that Mariota is making to be mediocre, and show NFL and Falcons fans what got him, Jones, and my good friend Mohamed Sanu to 11-5 and the Super Bowl back in 2016.

The Vegas line has the game a close one, basing it on the last time these two teams met, when Atlanta took a 10-7 win from Tennessee.

I expect a statement game from both of these teams, so I’m going with the Falcons at home, by a 30-28 score.