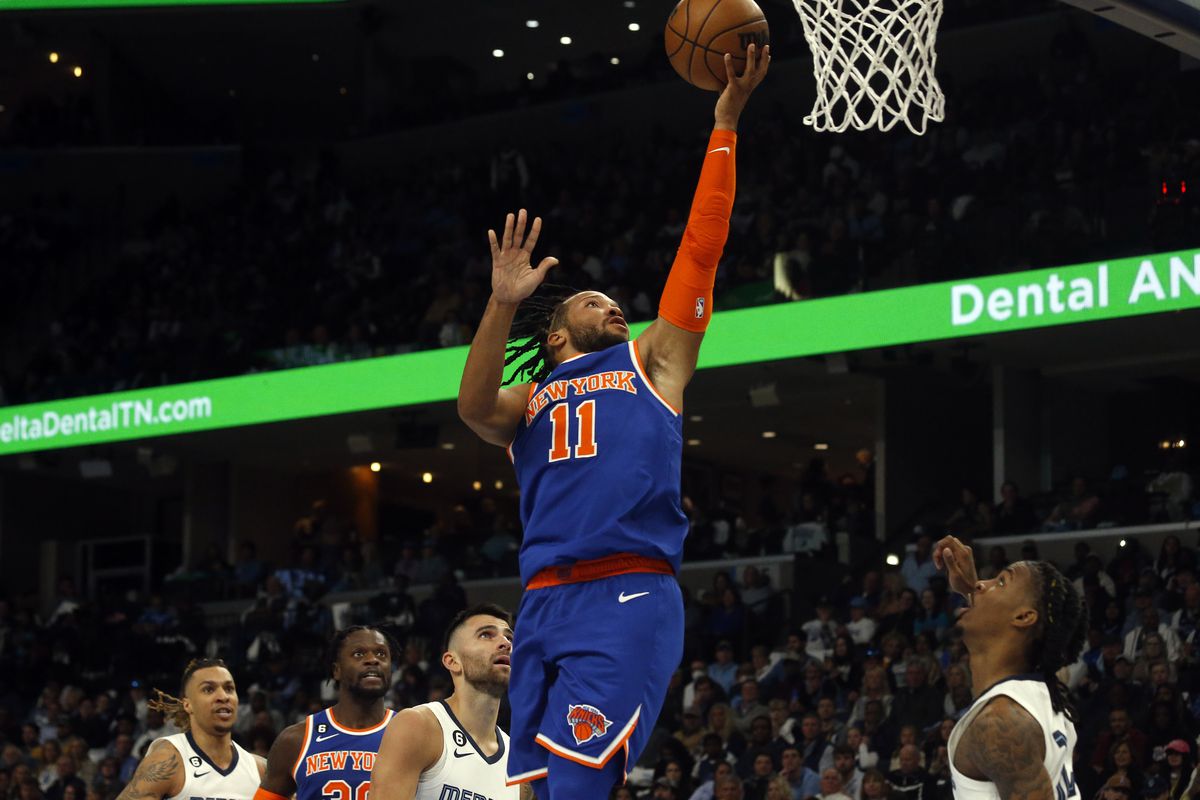 The New York Knicks rebounded with a 130-106 win in their home opener against the Detroit Pistons after dropping their season opener to the Memphis Grizzlies. Here are some takeaways from Friday night’s action:

Potential of the Knicks bench

In the first game, it was Cam Reddish and Isaiah Hartenstein who shouldered the load for the Knicks’ reserves, scoring a combined 38 out of the 44 bench points in their overtime loss against the Memphis Grizzlies. Against the Pistons, it was a more balanced effort as their bench scored a combined 61 points.

Immanuel Quickley, who went scoreless against the Grizzlies, led the Knicks with 20 points while also grabbing 7 rebounds and dishing out 7 assists. Tom Thibodeau is a big believer in his third-year combo guard.

“I love when he shoots. Like I feel every time he shoots – particularly his threes – I think they’re all going in,” Thibodeau said.

Besides Quickley, Thibodeau believes the rest of the Knicks bench played a role in their first win of the season.

“It was great to see him play like that. I thought he and the rest of the bench did a terrific job. They gave us a big, big lift,” Thibodeau said.

Derrick Rose and Obi Toppin also provided the Knicks a spark off the Knicks’ bench scoring 13 and 16 points respectively.

As for Reddish and Hartenstein, they both took a step back on the stats sheet but beyond that they both did the little things defensively and on the glass.

On paper, the Knicks have one of the more talented benches in the NBA as they have six players (including Quentin Grimes when he’s healthy) who are capable contributors at any given moment.

From the starters to the bench, Julius Randle expressed the mindset of the Knicks’ roster.

The Detroit Pistons are a young and scrappy roster with up and coming talent but the Knicks were able to make the Pistons look their age, especially their rookies Jaden Ivey and Jalen Duren who are 20 and 18 years old respectively. The Detroit Pistons are the fourth youngest team in the league in terms of average age (23.5).

The Knicks were able to force Ivey into four turnovers, a couple of which were committed by the baseline. As for Duren, the Knicks attacked him in pick-and-rolls and on backdoor lob plays.

On the broadcast, Knicks legend Walt Frazier took a jab at the rookie.

“He (Duren) doesn’t have a clue right now,” Frazier said.

In defense of both players, they’re just getting their feet wet and their coach Dwane Casey has a strong belief in his two lottery picks.

“The young man (Ivey) is going to be a very good player. It’s just a lot of little things, he and Duren both have to get ready for and understand what defenses are doing to him. But nice night for him tonight offensively,” Casey said.

Brunson is a difference maker

Jalen Brunson may not have been the sexiest free agent signing in the world but he’s proven to be a difference maker for the Knicks so far. He provides them with stability at the point guard position, something the team has lacked since the late 2000s. Brunson is the 13th different starting point guard for the Knicks since 2009 and he’s given Knick fans a reason to feel optimistic that he’ll stop the revolving door trend of point guards.

Through his first two games as a Knick, Brunson has dished out 15 assists and hasn’t committed a turnover.

“He has a great understanding of the game, and I think that’s probably the most important thing,” Thibodeau said.

Thibodeau gave a breakdown on his perception of the turnover stat.

“I think how you manage and control the game is another strength. But usually, when you analyze turnovers, they fall into one of two categories. They’re either risky passes that you’re trying to thread the needle, or you’re going too much one-on-one. And he has a great feel for when to go and when to pass.”

R.J. Barrett had a performance he’d like to forget in the season opener against the Memphis Grizzlies. Barrett scored just 11 points on 3- for-18 shooting. He missed all of his six three point attempts and was pressed in his overall shot selection.

Against the Pistons, he scored 18 points on 8-for-15 shooting and dished out four assists. Although he didn’t put up flashy numbers, he looked a lot more comfortable and let the game come to him.

Ian Begley, an NBA insider for SNY is optimistic about Barrett’s performance as a shooter moving forward.

“For him you’re going to see him shoot much better over the course of the season on average than he did on opening night. I don’t think you should be worried about him if you’re a Knick fan,” Begley said.

Despite the Knicks’ performances over the last two games, their identity is still a work in progress, particularly offensively. However, their depth has proven to be their biggest strength so far and could help them sneak into the playoffs.