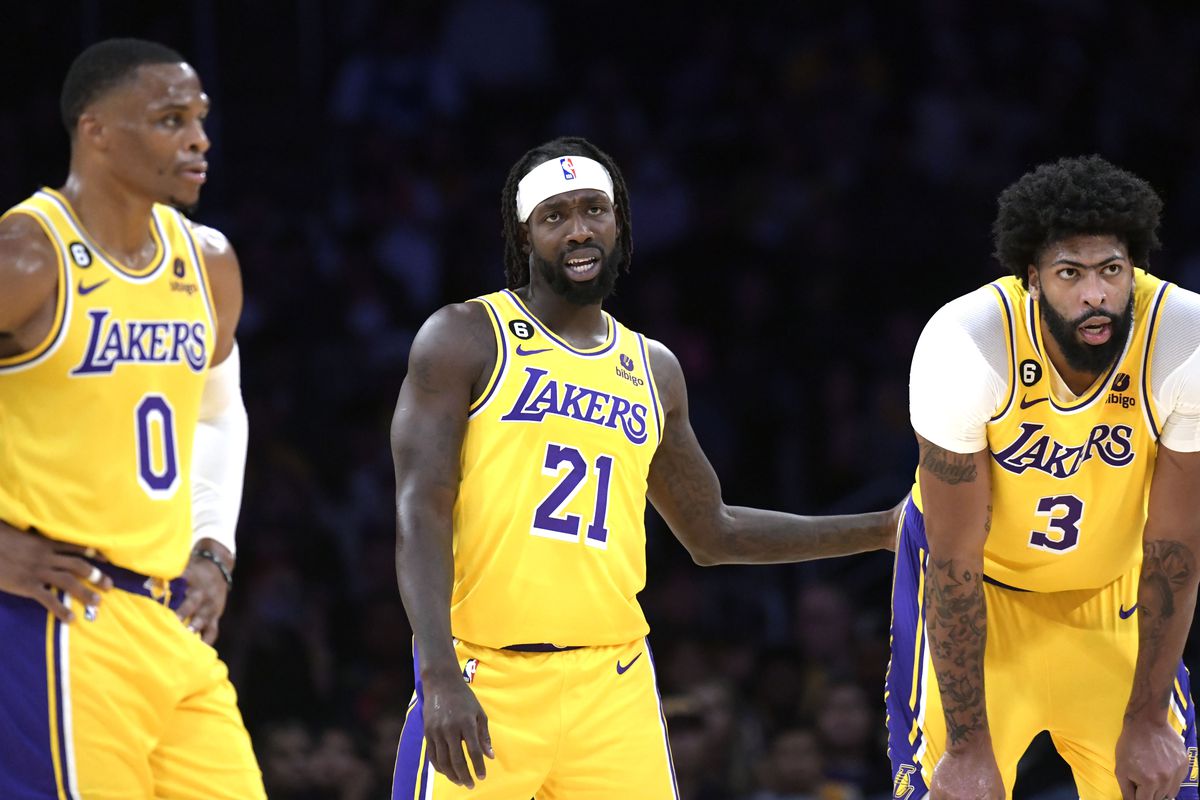 Lakers hosted their first preseason game against the Sacramento Kings at Crypto.com Arena on Monday night. The final score was 105-75 in the Kings favor. Lakers were ahead 46-41 at halftime with their main rotation players playing. Coach Darvin Ham decided to pull the starters outside of Kendrick Nunn in the second half where the Lakers were outscored 64-29. Although it was only a preseason game, the Lakers crowd voiced their displeasure with the 2nd half and mildly booed the team in the 4th quarter.

To start the game, Darvin Ham started Russell Westbrook, Kendrick Nunn, LeBron James, Anthony Davis, and Damian Jones. As the game went on you can see coach Ham ran the 4-out 1 motion offense that he said he would during the offseason. The offense looked much more fluid than last year. Despite that, the Lakers didn’t shoot the ball particularly well despite getting quality looks. Lakers shot 31.7% in the first half and 31.2% for the game. However, the defense looked sharp in the first half, holding the Kings to only 32.7% from the field.

LeBron had a rough night shooting the ball. He registered 4 points, 1 rebound, and 2 assists on 0-7 shooting and 4-5 from the free throw line in 15 minutes. When asked if he needs to get his legs back, James laughed and responded saying “Nah, I just missed some shots. I missed 3 layups, a wide open layup, a couple 3’s but I’ve been 0-fer before, but I just played more. I’ve started a game where I was 0-9 before but I’ve played 35-40 minutes and I got my opportunity to get in a rhythm. I mean 15 minutes, it was over with but that’s the last thing on my mind as far as the makes or misses, it’s about working our habits. Our habits offensively and defensively.”

Anthony Davis had a terrific game in the one half he played. He had a double-double with 11 points, 11 rebounds, 2 assists, and 1 steal in 15 minutes. A lot has been said about Davis’s durability and toughness. He has been on record saying he wants to play all 82 games. “I wanna be on the court. I want to play all 82.” He wants to change the narrative surrounding him and this was a step forward to that.

Despite all the trade chatter and distractions that have become apparent surrounding Westbrook, he told the media that his job was to “show up and be a professional” regardless of if the team wants him here or not. Westbrook had a solid first game, finishing with 5 points, 2 rebounds, and 3 assists in 14 minutes. He was even seen doing his signature “rock the baby” celebration after scoring an AND-1 on De’Aaron Fox. NBA insider Shams Charania of The Athletic reported that the Lakers and Pacers had a dialogue about a Westbrook deal with Indiana for Buddy Hield and Myles Turner before media day. Lakers ultimately decided they weren’t interested in parting ways with their 2 first round picks in 2027 and 2029. Charania also says they can wait until the trade deadline to make a move. Whether if Westbrook is on the team or not for the entire season, he will be looking to bounce from a rough season last year.

Notable Lakers players that didn’t play were Lonnie Walker, Dennis Schroder, and Troy Brown Jr. Walker has an ankle injury that has limited him in training camp. Schroder has yet to arrive with the team due to a Visa issue which is expected to be resolved soon. Brown Jr has been dealing with a sore back that has limited him as well. All 3 are expected to play soon and it will be interesting to see how they fit in this Lakers rotation with new head coach Darvin Ham.

Season of Triumph
Rockets Preseason: What We Know So Far