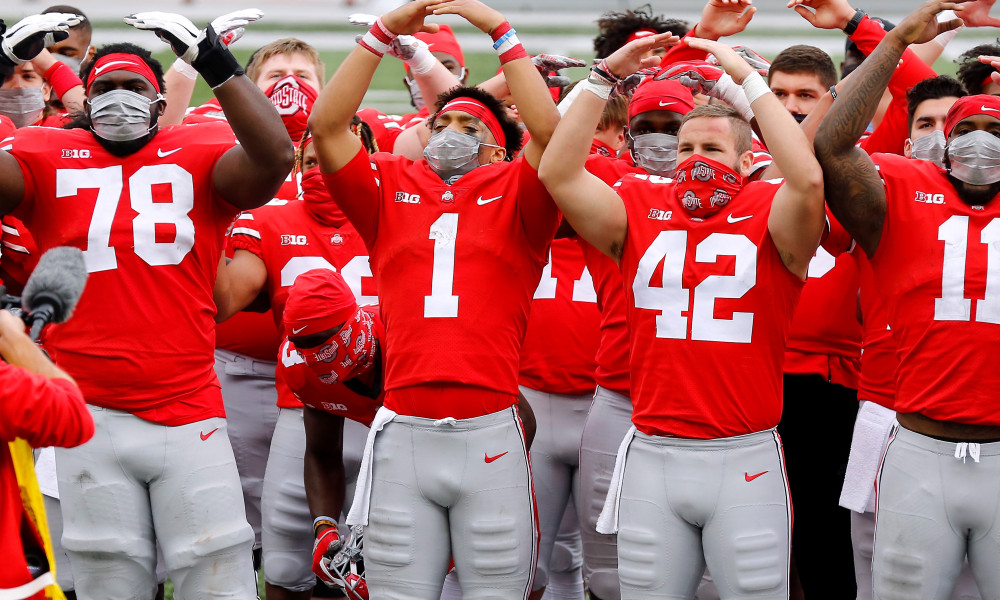 The first College Football Playoff Rankings were unveiled on Wednesday night. At the top of the list, there are no real surprises, but as you go further down, you can see the committee has put some emphasis on different things this year. With all the turmoil and uncertainty surrounding many of the top teams in college football, it makes sense that the committee is emphasizing games played as one of their key factors. While we take it all in, here is the first College Football Playoff rankings (ESPN):

The top four teams being Alabama, Clemson, Notre Dame, and Ohio State is no surprise. They’ve clearly been the dominant teams this year. It also seems like the Committee saw the Indiana vs Ohio State game, and dropped them one spot because it was not an easy win. Now let’s get into some real takeaways from the first rankings.

It’s Very Possible These Top Four Teams Make the Playoff, Just Not in that Order

The Committee Clearly Had Their Eyes on Columbus on Saturday

Outside of the Top Four, Texas A&M Looks to Have the Best Shot at Sneaking into the Playoff

Northwestern Is Very Much In the Hunt for a Playoff Spot

Outside of Cincinnati, The Committee Clearly Doesn’t Respect non-Power 5 Teams

BYU, and Zach Wilson Were Dealt a Swift and Powerful Knockout Punch on Tuesday night

The SEC and B1G Each have Five Teams Ranked in the Top 25, Followed by the ACC and Big-12 with Four Each

These rankings are bound to change weekly, as each team will impress some weeks, and disappoint in others. There are really three certainties that come from these rankings: The SEC, ACC, and B1G winners will have a spot in the playoffs. Whether it be Northwestern in the B1G, Florida or Alabama from the SEC (likely both if Florida were to beat Alabama in the SEC Championship), or Notre Dame or Clemson from the ACC. With only a couple weeks left in the season, it’s time to see teams showing their true colors.

*Make sure to tune into The Fourth & Long Podcast on Friday at Noon ET where Jake and I will go over these rankings, and draw some conclusions. We will also preview the Iron Bowl, an awesome slate of Friday games, and get into some of our segments.

The Fourth & Long Podcast Episode 14: The Playoff Picture is Becoming Somewhat Clear
Fourth & Long: We Are Thankful it is Rivalry Week (Kind Of)