Takeaways from the Mavericks’ Game One Performance 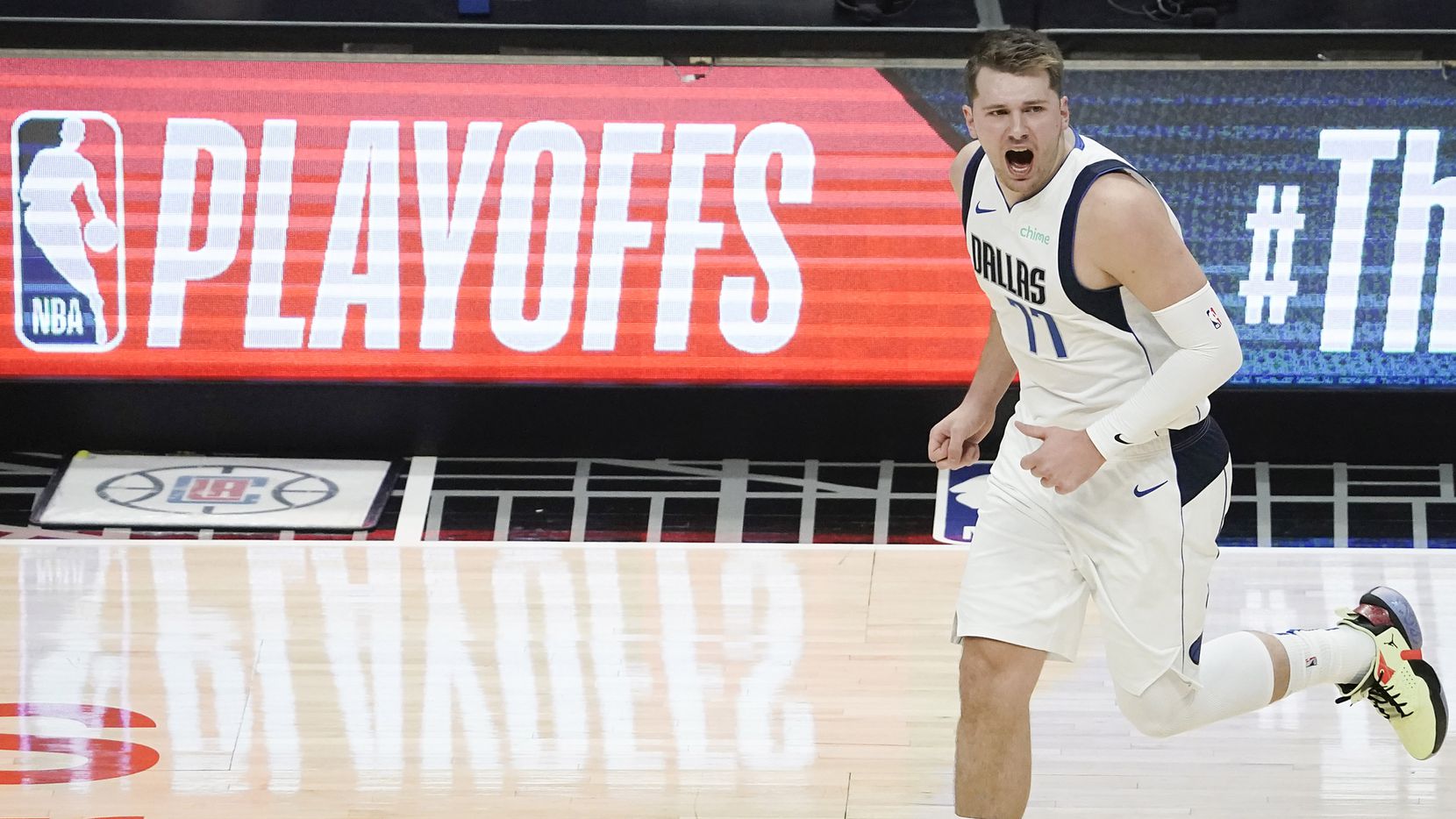 The Dallas Mavericks captured an important 113-103 victory against the Los Angeles Clippers on Saturday Night. Although their second-best player in Kristaps Porzingis struggled from the floor until late, they managed to garner strong showings around the team and deliver a statement Game One performance. Here are a few things the Mavericks can take away from their win and apply it going forward in the series.

Luka Dončić once again proved why he is one of the league’s absolute best in the midst of another fantastic playoff performance. Tallying his third career playoff triple-double (the only player in franchise history to do so), Dončić orchestrated the game to perfection putting up 31 points, 10 rebounds, and 11 assists. He also shot 45% from both the field and three-point range.

After an explosive first half and putting up nearly 30 points, the Clippers began to double team and trap Dončić to slow down his scoring production. While his second half was limited in terms of putting points on the board, the offense flourished as he distributed the ball across the court and put his teammates in scoring position. Luka’s ability to pass the ball coupled with being able to score virtually anywhere on the court makes him an offensive nightmare for Los Angeles.

“I think I just gotta adjust, you know,” Dončić said when asked about tackling defensive matchups. “When they don’t double attack it, but when they double somebody’s is going to be open. Just got to read the game.”

For his entire playoff career, Dončić has been filling up the stat sheet with averages of 31 PPG, 9.0 AST, and 9.9 TRB on 49.3 FG% and 38.2 3P%. It’s safe to say that Luka has been ready for the spotlight his whole career. If the Mavericks are going to win this series, it will be contingent on the play of the 22-year-old Slovenian.

One of the biggest successes of the Mavericks game one performance came at the hands of their outstanding three-point shooting. As a team, they shot 47.2% from the perimeter while limiting the Clippers to just 27.5%.

Tim Hardaway Jr. and Dorian Finney-Smith in particular had great games shooting the ball. Hardaway Jr., in addition to shooting 5-9 from three, was the Mavericks’ second-leading scorer with 21 points and shot 8-13 from the field.

Finney-Smith chipped in with an incredible shooting night, going 4-5 from distance and 7-9 from the field overall as the Mavericks’ third-leading scorer in an 18 point performance. The two were a combined +31 in their game one performance.

Jalen Brunson, although he did not make any threes, was crucial for the Mavericks off of the bench, He shot 4-7 from the field and got to the foul line with efficiency shooting 7-8 from the charity stripe.

All of this was in light of a poor shooting night from Kristaps Porzingis, making these performances all the more important. What’s most promising about these showings, however, is what it spells out for the remainder of the series. If these role players continue to excel and Porzingis can get things turned in the right direction, the Mavericks are in great shape to win the series.

The Mavericks came out victorious in a game in which Porzingis struggled, but a repeat of his Game One performance must be avoided. Dallas cannot expect to win playoff games when their second-best player shoots 30% from the field and puts up 14 points. Without big performances from their role players, the Mavericks likely would have lost.

Although Porzingis is being tasked with scoring amongst elite defenders such as Paul George and Kawhi Leonard, Dončić’s stellar game one performance may shift some of the focus off of him. One thing is clear from the first matchup of the series, and it is that the Clippers must pick their poison. They had immense trouble guarding him, and they don’t want him to be the guy beating them either.

After beginning to trap Dončić late in the third, the game began to open up for Porzingis. This not only allowed for timely free throws and a thunderous dunk late in the game from the 7’3 Latvian, but it also opened up the pick-and-roll game down the stretch which proved crucial to the victory.

In retrospect, Porzingis’ game one slump may have been nothing more than a heavy emphasis on trying to limit production from the Clipper’s standpoint. With the expected adjustments and emphasis they are likely to put on Luka Dončić in game two, however, expect Porzingis’ to come out firing and have a much better performance.