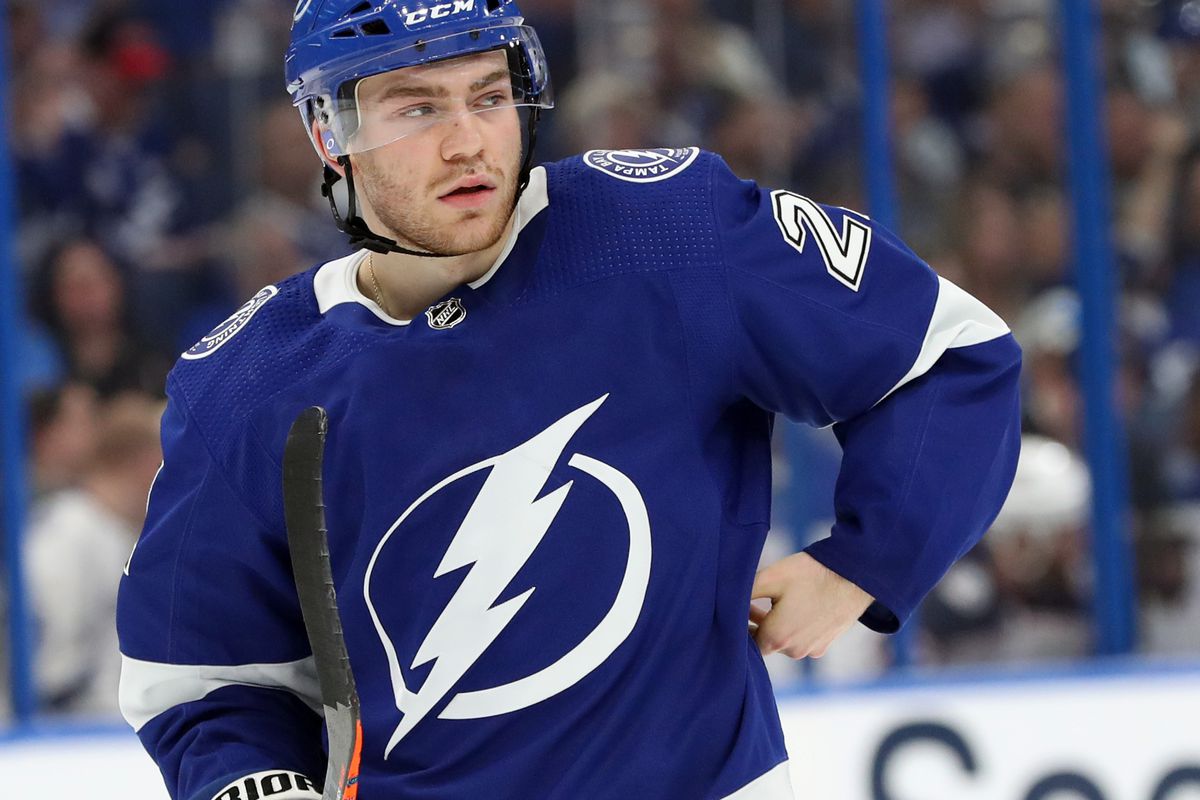 The extra days of rest for the Tampa Bay Lightning worked in their favor going into the Eastern Conference Finals, yet obstacles emerged throughout the series. In the end, the Lightning came out on top when Anthony Cerelli finished off the New York Islanders in game six overtime to advance them to their first Stanley Cup Finals since 2015.

The day before game one, the Islanders had flown from Toronto to Edmonton after a hard fought seven game series against the Philadelphia Flyers. The Lightning put up a scoring clinic on the Islanders, scoring six unanswered goals to open up the series with an 8-2 win. They clearly looked to be 10 steps ahead of the Islanders. Big time scorers Brayden Point and Nikita Kucherov each had five points on the night to set a franchise record. The Lightning knew that their game one success was not something they could be too confident about as the Islanders were only going to look better as they adjusted to the time difference.

The Islanders did indeed look better in game two as they came out mashing, determined to tie the series. An early goal by forward Matt Martin to put the Islanders up 1-0 showed exactly that. While the Islanders may have looked better than their previous game, the Lightning’s attack still had the Islanders defenders spread too thin. On a costly icing penalty that kept a tired Islanders unit on the ice, the most dangerous player in these playoffs, Lightning defenseman Victor Hedman, took advantage by slapping one in off the post to tie the game at one.

The Lightning, who have faced adversity throughout the playoffs, faced their first true adversity of the series in game two when Point was injured in the first period. What didn’t help matters was center Alex Killor getting ejected and incurring a five minute major for his team after hitting Brock Nelson from behind into the glass.

The Lightning once again showed great resilience despite many absences. They managed to kill off the penalty and get another strong performance in the net from goalie Andrei Vasilevskiy. A relentless forecheck late was rewarded on a Nikita Kucherov go-ahead score with just 8.8 seconds left in regulation. This gave the Lightning a comfortable 2-0 series lead.

The Islanders needed someone in game three to get them back to having a legitimate chance in the series, and they got that from goalie Semyon Varlamov who made 34 saves. The Islanders emerged victorious 5-3. The series really got physical in the end when Nelson and the Lightning’s Barclay Goodrow dropped gloves in a bitter brawl. Despite the loss and the bitterness in the end, Lightning head coach Jon Cooper’s confidence in the team’s dominance did not dwindle one bit.

“I felt great about our team all the way through this is one of the games that we were our own worst enemy. We’re pretty confident in the way we’re playing, lets circle the wagons and get back for game four”

Player losses, momentum shifts out of the team’s favor, and close games are things the Lightning have overcome throughout the playoffs. This showed when they turned the tables in game four. The Islanders scored first in the game but the Lightning answered almost immediately when Yanni Gourde hit Blake Coleman on a stretch pass leading to a breakaway goal. Lightning struck again just 12 seconds later when Ondrej Palat scored on a one-timer to put them on top. That lead would be enough for them to move one game away from knocking off the Islanders. Only game five would not be easy. Like game three, Tampa Bay would be without Point.

Game six was another overtime affair. This time just as much pressure was on the Lightning. They needed to prove that they were still this year’s playoff overtime masters by avenging the previous games overtime loss. If they couldn’t they would have to face a dreaded game seven.  The Islanders killed off penalty after penalty throughout the game showing phenomenal fortitude. Who would have thought the Islanders would last this long?

Unfortunately, the Islanders fell short this time but the fight they put up against the Lightning makes the Stanley Cup Finals matchup with the Dallas Stars look that much more compelling. The Stars have been purely unpredictable throughout the playoffs, knocking off the top-seeded Colorado Avalanche and Las Vegas Golden Knights. Like the Lightning, they have had to face roster adversities of their own throughout the playoffs. The Lightning will need to regroup fast as this Stars team has had two extra days of rest after beating Vegas in just five games.

Two teams with storied playoff runs will go head-to-head starting on Saturday. This best of seven series is going to determine who will touch the biggest trophy in pro sports, the Stanley Cup.