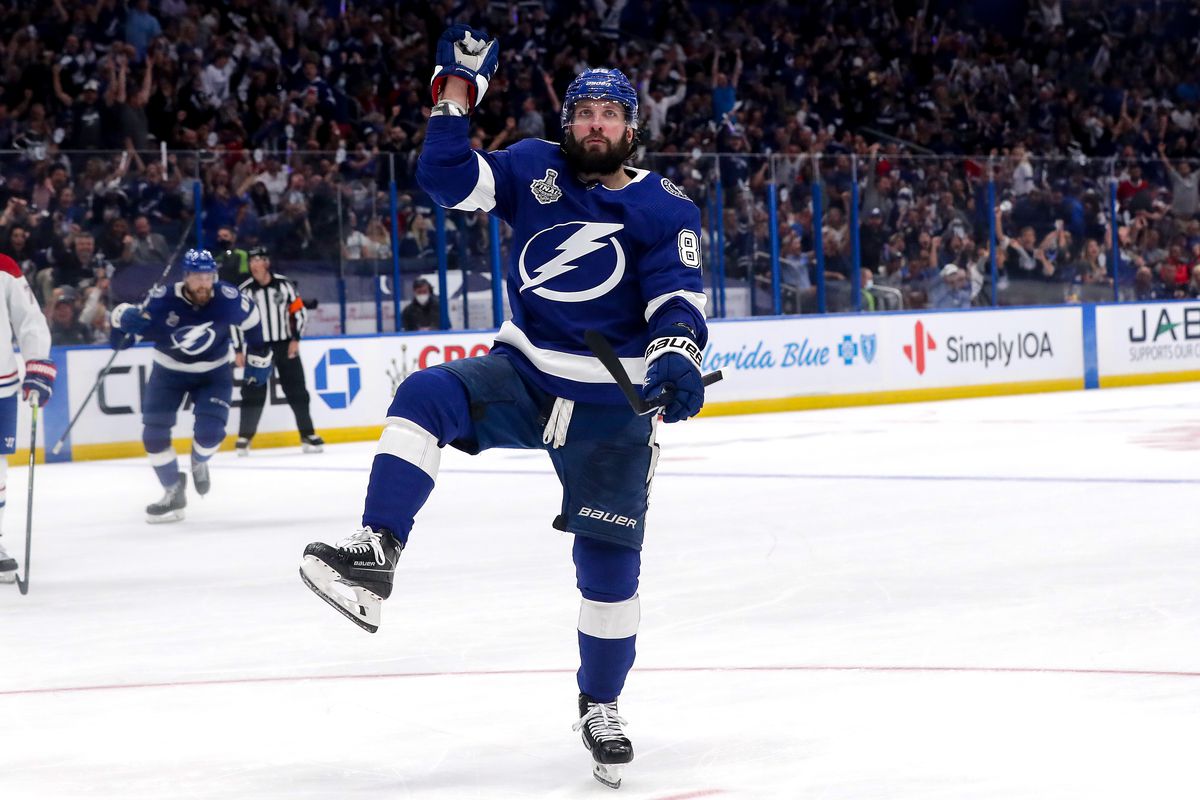 Arguably one of the most dominant teams of the past few years in professional sports, the Tampa Bay Lightning hit roadblock in the Stanley Cup Finals last season. Their opponent? The Colorado Avalanche, who were funded by Stan Kroenke’s inherited Walmart money, en route to bringing the Cup back to the Centennial State.

Although the Bolts fell short of winning three straight Stanley Cups, expectations are high in Tampa. You have the same unit that has produced for the Lightning. Take your pick from the myriad of names: Stamkos, Kucherov, Killorn… This team is stacked from the first line to the last. With that being said, will they hoist Lord Stanley once again?

Tampa Bay made sure to load up on defensive depth, signing Ian Cole and Hadyn Fleury. They also acquired Phillipe Myers from Nashville for Ryan McDonagh and signed him to a one-year extension. The Lightning even signed Erik Cernak and Mikhail Sergachev to eight-year extensions, driving the point home.

That’s not all, though. Tampa also built up their depth at forward, signing Vladimir Namestnikov to a one-year deal. Anthony Cirelli was extended for eight years and Grant Mismash (what a last name!) was also acquired in that McDonagh deal. With a team as complete as the Lightning, you can sign depth players in case someone gets hurt.

Let’s be honest: who’s going to give the Lightning trouble this season? Is it Florida, who lost Jonathan Huberdeau? Is it Toronto and their inability to get past the first round? Is it the aging cores in Boston, Pittsburgh, and Washington? None of these teams will do anything except rack up points during the regular season.

If you’re asking, “well, what about the Rangers and Canes?” Well, these two teams are great in their own right. But can they compete with the Bolts? Can New York rely on Igor Shesterkin to continue his breakout campaign? Does Carolina have enough scoring on their first two lines to compete with the Lightning? These are serious questions to consider.

At the end of the day, the Lightning will be the de facto representative for the Eastern Conference. They’ll race out to a record of 52-20-10, which will be good for 114 points. As long as Jon Cooper keeps a level head throughout the season, the Bolts will be back on the throne. I’ll even go as far as picking them to win the Stanley Cup over the Edmonton Oilers (yes, Connor McDavid finally gets the spotlight for the world to see)! Yes, the Corey Perry Curse will be eradicated this season. Mark my words!

Cirelli’s coming back from off-season shoulder surgery in either November or December. Therefore, Tampa will need someone to step in and hold down the fort. Enter Cole Koepke, who had 39 points in 69 (nice) games with the Syracuse Crunch. The Minnesota-Duluth alum has a heavy shot and skates well, making him a solid forward.

Alex Barre-Boulet is another young star to watch for. The Quebec native notched 63 points (16 goals and 47 assists) for Syracuse and has the potential to be a top-six forward for the Bolts. You can interchange these two in terms of who’s the bold pick to make the roster; both have nice shots and can handle the puck well.