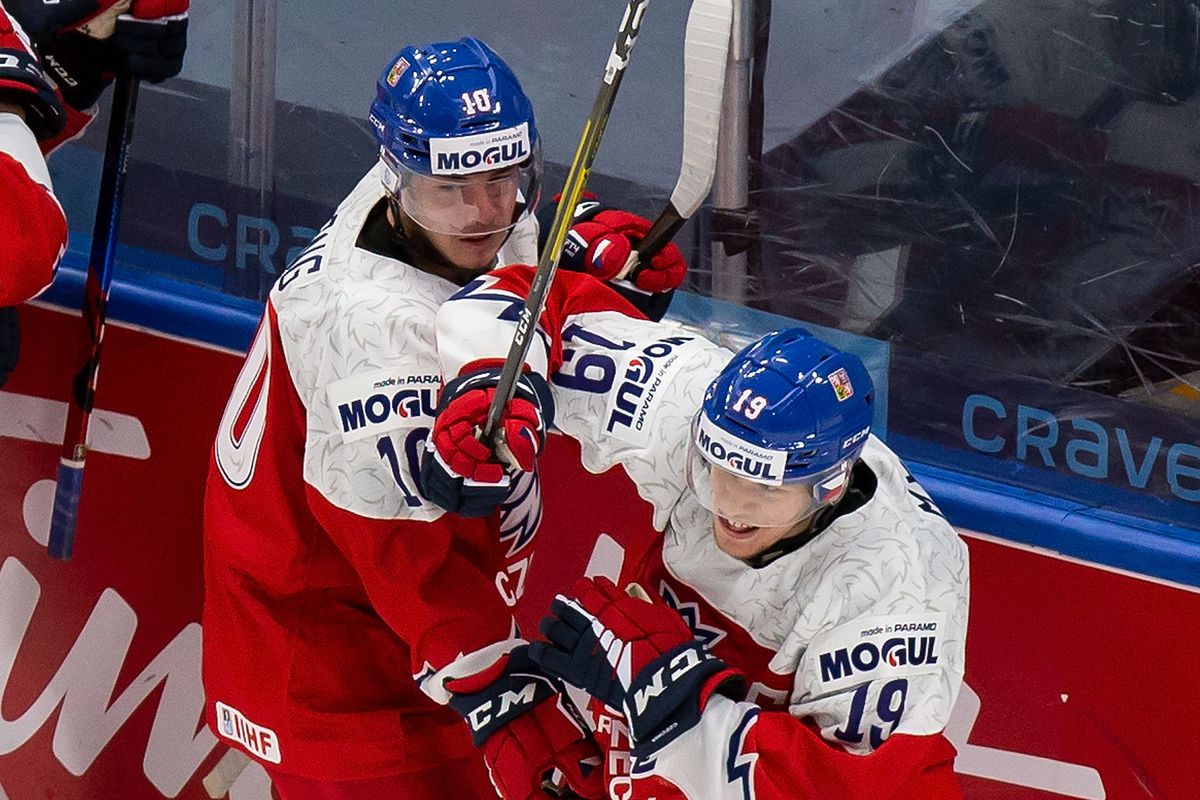 Team USA was heavily favored to go against Team Canada in the semifinals, the team being undefeated in the preliminary round. Yet, with a surprising turn around, Team Czechia scored four goals on Team USA with a game winner by Jiri Kulich and a fantastic net performance from Czech goaltender Tomas Kuchanek. Logan Cooley and Carter Mazur scored 2 goals for Team USA, which outshot Team Czechia 30–24 in the quarterfinal contest.

The winning game could be attributed to low morale on the USA end and an amassing of major and minor penalties throughout the game, resulting in many powerplay scoring chances for Czechia. Notable of which Team USA player and New York Rangers prospect, Brett Berard slewfooted Sasha Pastujov resulting in a major penalty. Yet, Czechia amassed penalties throughout the game as well. Notably, Stanislav Svozil hooking, and then subsequently kneeing Logan Cooley after only a period of 6 minutes, resulting in a game misconduct penalty against Czechia. Yet, Czechia killed the penalties while USA let themselves drown.