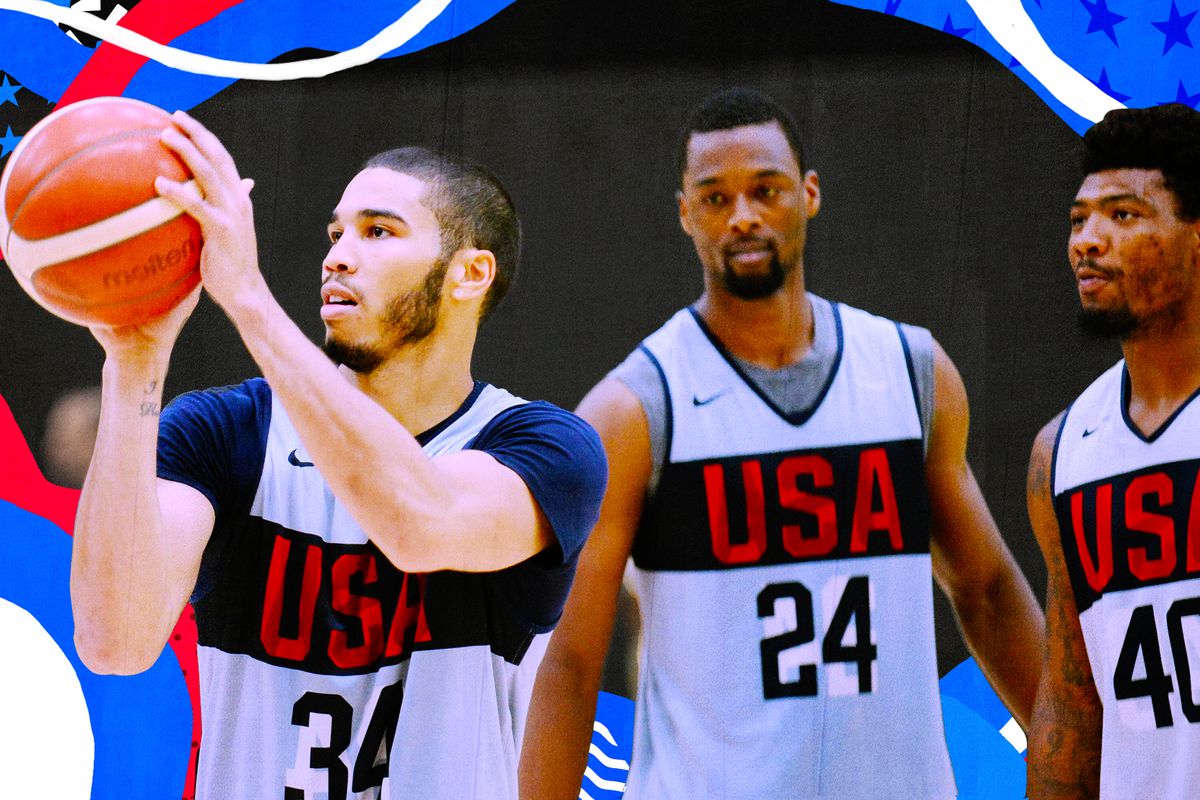 Team USA is set to play the best basketball players the rest of the world has to offer in the FIBA World Cup, beginning September 1st. It is no secret that Team USA has dominated international play, winning five straight gold medals, with its last loss coming in 2006. Instead of the headlines reading, “Team USA Setting Out to Win Another Gold Medal,” the headlines are all about the roster deficiencies and talks of upset. Talks of upset are occurring because NBA stars such as James Harden, Anthony Davis, Damian Lillard, Bradley Beal, Andre Drummond, CJ McCollum, and Paul Millsap decided not to participate in the FIBA World Cup. That being said Team USA still has talented and hungry players on their roster.

The Boston Celtics, with four players on the Team USA roster, have more participants than any other NBA team. This Boston fairytale was not always meant to be; there were many obstacles the Boston core had to overcome to make this happen. The first domino that had to fall was the fact that so many stars withdrew from playing in the FIBA World Cup; because that happened Marcus Smart and Jaylen Brown got invited to try out for the team. Roster spots are never given and the young Celtics had to compete against one another to prove themselves worthy of playing for Team USA. In the end there were no Celtics left behind, they all earned a spot on the team to beat all odds.

The Celtics core proved they all belong on the Team USA roster with their stellar play in the warm-up games. Kemba Walker has been driving the ship for Team USA all summer, he lead the team in total points (68), total assist (13), and second in total rebounds (21). Brown has also played well in the exhibition games, he was the teams 3rd leading scorer (47 total points) and has also been a defensive stalwart with 3 steals and 1 block. Tatum scored a steady 33-points, 10-assist, and 14- rebounds. Smart didn’t get a lot of playing time but he did display defensive toughness with 3 steals. Overall the Celtic core put up great numbers collectively in  these warm-up games.

The Celtic takeover could bode beneficial for both Team USA and the Celtics. Tatum, Brown, and Smart all provide defensive versatility for Team USA head coach Gregg Popovich, which will allow him to play all of the Celtics at once for brief stretches of play. This small but tenacious lineup will allow Team USA to push the pace on offense and apply full court pressure on defense.

The Celtics however, have the most to gain from this experience. Kemba Walker just signed a $140 million deal this summer in free agency, making him a new Celtic and Kyrie Irving’s replacement. Team USA has presented Walker much needed bonding time on and off the court with a few of his new Celtic teammates. This is a luxury for the Celtics because most NBA teams have to wait until the pre-season to begin their chemistry building process. Another luxury that Celtic takeover presents is the fact that the young core are practicing and playing under the future Hall of Fame coach Popovich. Popovich is known for player development; there is no doubt that Walker, Tatum, Brown, and Smart will all benefit from picking Popovich great basketball mind.