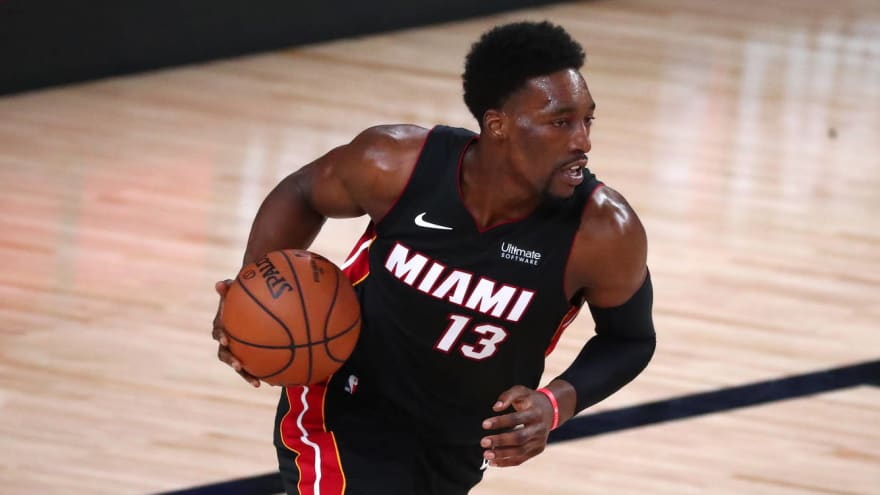 With the 2020 Summer Olympics just over a month away and as more teams get eliminated from the NBA playoffs, basketball fans have gotten the chance to see Team USA begin to build up their star-studded roster. The team will once again be led by the legendary Gregg Popovich of the San Antonio Spurs while also having Steve Kerr of the Golden State Warriors, Jay Wright of the Villanova Wildcats, and former Atlanta Hawks head coach Lloyd Pierce acting as assistant coaches to Popovich.

Commitments for the team began earlier this month as Draymond Green of the Warriors and Damian Lillard of the Portland Trail Blazers announced their intentions to participate in the summer games shortly after their respective teams departure from the postseason. Shortly following their announcement, two natives of St. Louis, Jayson Tatum of the Boston Celtics and Bradley Beal of the Washington Wizards, declared their commitment to joining the team in Tokyo.

In recent days, however, many superstars in the league announced their intentions to participate in the summer games, stacking Team USA’s roster even more. Following their shocking exit to the Milwaukee Bucks in the postseason, Kevin Durant and James Harden both announced they’d be making their return to Team USA. Both Harden and Durant will be looking to add another gold medal to their collection, as Harden was a part of the 2016 gold medal roster, while Durant was a member of both the 2012 and 2016 gold medal rosters.

In addition to the already high number of first-timers on the Team USA Olympic roster, including Lillard, Beal, and Tatum, a couple of other first-timers were announced as other stars joining the team. Bam Adebayo of the Miami Heat will be making his first-ever appearance in a Team USA uniform in Tokyo, as he was shockingly cut from the team that went to the 2019 World Cup. Joining Adebayo will be another Kentucky Wildcat, as Devin Booker of the streaking Phoenix Suns announced his intentions of playing for Team USA in July during the summer games.

Even though many stars have accepted their invitation to join Team USA for this year’s summer games, there have also been several who have turned down the offer to play this summer. LeBron James and Anthony Davis of the Los Angeles Lakers both will not be joining the team in Tokyo. Adebayo’s teammate in south beach, Jimmy Butler, also announced that he would be taking the summer off to rest up and focus on next season for himself and the Heat. Steph Curry also recently announced that he would also not join Team USA after contemplating the idea for weeks after the Warrior’s departure during the play-in round. Donovan Mitchell also announced shortly after the Jazz’s elimination from the NBA playoffs that he wouldn’t accept the invitation to join. It was also announced early Tuesday afternoon that Chris Paul of the Suns will also not join Team USA, as it has been rumored for a couple of weeks that he would be making his return to the roster.

With only 8 out of 12 roster spots filled, there is still time for more superstars to join the already stacked 2020 Team USA roster. There are still several players on the 57-man finalist list that can elevate this team to the next level if they are invited and accept an invitation to join. Be on the lookout for players still participating in this season’s postseason, including Trae Young of the Atlanta Hawks and Jrue Holiday of the Milwaukee Bucks, to take up another point guard spot on the team. Also, look out for the dynamic duo of Paul George and Kawhi Leonard from the Los Angeles Clippers to potentially grab some of those final roster spots.

If these stars who are expected to play for some reason decline their invitation, expect to see some more first-timers on Team USA to step up to the plate and represent. Be on the lookout for Zach Lavine of the Chicago Bulls and Julius Randle of the New York Knicks to potentially step up to the plate on the Team USA roster. Also, don’t be surprised if the young New Orleans Pelicans superstar, Zion Williamson, fills out another big man spot on the roster that it looks like Team USA still needs.

Team USA will begin their quest for their fourth straight gold medal on July 25th against France in an Olympic preliminary round.