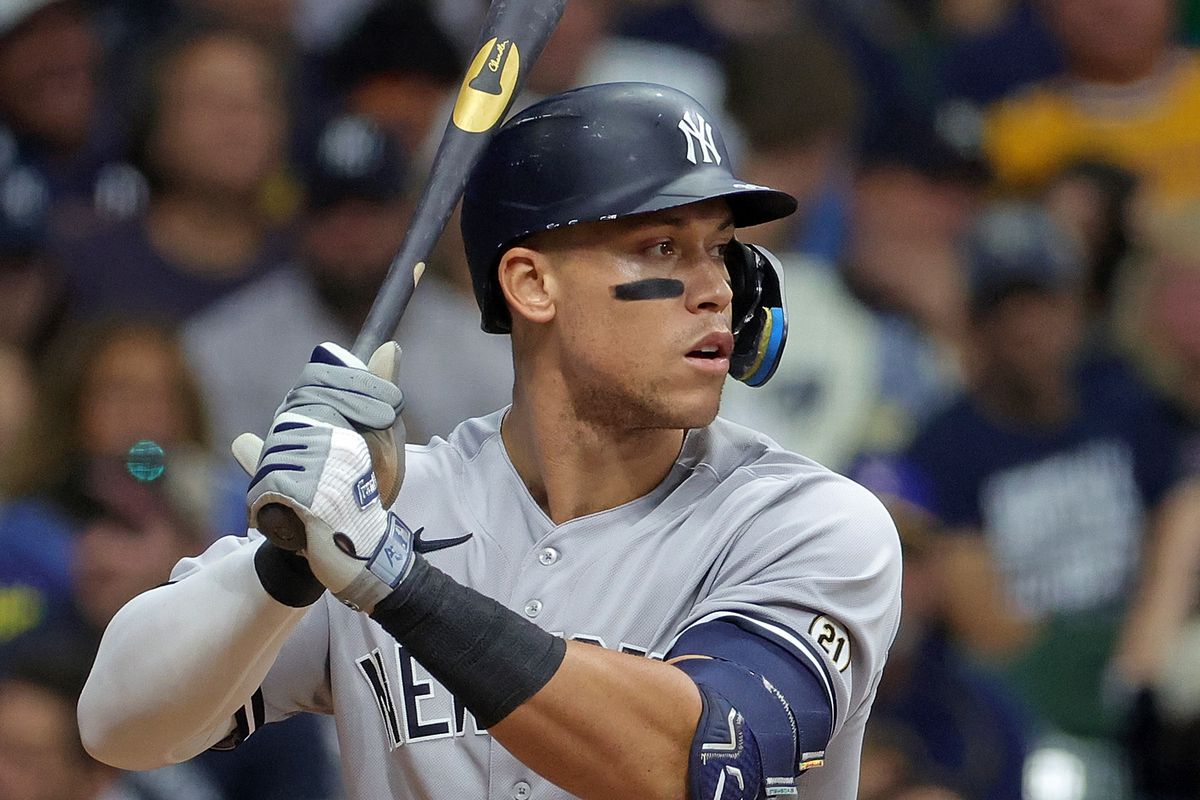 The Yankees are the most accomplished and historic team in baseball history with a league-leading 27 World Series. The Yankees originally started in Baltimore in 1901 and then moved to New York in 1903. However since 1923, the Bronx Bombers have been playing at Yankee Stadium. They are tied for fourth with the New York Giants for most valuable franchises in the world, valued at $6 billion dollars.

The Yankees team led by star right fielder Aaron Judge is currently second in the American League and is looking to end their Championship drought as they have not won since 2009. That may not be long compared to other teams but when you have the Yankees’ history and payroll, they are held to a much higher standard. Since the Yankees are the most historic team in all of baseball and have the most championships, it was very difficult to leave some players out.

In a position with many Yankees greats such as Bill Dickey, Thurman Munson, Jorge Posada, and Elston Howard, Yogi Berra has to be considered the greatest catcher in Yankees history. He played for the Yankees from 1946-1963 and was a three-time MVP, 18-time All-Star and also won 10 American League Pennants and seven World Series. He spent his whole career with the Yankees and was a career .285 hitter with 358 home runs and 1,430 RBI’s.

There should not really be a debate for this one as Lou Gehrig is the best first baseman in Yankees history. He also spent his whole career in pinstripes from 1923-1939. Gehrig is a seven-time World Series Champion, three-time American League home run champion, and 23 grand slams which is tied with Alex Rodriguez for most in MLB history. Also Gehrig is one of the 13 Yankees to ever be named captain.

Even though his departure with the Yankees did not end well as he and the Yankees management had different opinions of his worth, Robinson Cano is the best second baseman to wear the Yankees uniform. Cano won his lone World Series in 2009 but played for the Yankees from 2005-2013 where he was an all-star five of his eight times with the Yankees. Cano is also a two-time Gold Glove winner and five-time silver slugger.

This is another easy decision as Derek Jeter is not only the best Yankees shortstop of all-time but one of the best shortstops in the league of all-time. Jeter is a five-time World Series Champion, 14-time all-star, World Series MVP, rookie of the year and five-time Gold Glove winner. Mr. November spent his whole career with the Yankees from 1995-2014. Jeter was a hit machine as he led the league in hits twice in 1999 and 2012 ending his career with 3,465 hits. Thanks to one stubborn baseball writer, Jeter was still a first ballot hall-of-famer but not an unanimous selection. Jeter also recently had a documentary come out on ESPN+ which I highly recommend watching.

Alex Rodriguez even though he is not a natural third baseman is the best third baseman in Yankees history. Before coming to the Yankees, Rodriguez played shortstop for the Seattle Mariners and the Texas Rangers. Like Cano, Rodriguez won his sole World Series in 2009 with the Yankees. A-Rod is a 14-time all star, batting title winner, three-time MVP, and two-time Gold Glove recipient. With the Yankees, his career batting average was .283 with 351 home runs and 1,096 RBI’s.

The left field position was one of the more difficult positions to pick as I could have had center fielders or right fielders play out of position but it should feature the best the team should have in their natural positions. With that being said, Roy White is the best left fielder in Yankees history. White spent his whole 15 year career with the Yankees so there is also some loyalty to be taken into effect. He is a two-time all-star in addition to a two-time World Series winner. In 1972 he led the league in walks with 99 and led the American League in runs in 1976 with 104. He was also an elite fielder in left field as he led the American League in range factor per game six times which is the sum of a fielder’s putouts and assists divided by defensive games played.

Center Field is a debate between Joe DiMaggio and Mickey Mantle. However, DiMaggio gets the nod at center field as he was better defensively than Mantle. DiMaggio is in the hall-of-fame in addition to being a nine-time World Series winner, 13-time all-star, and three-time MVP. He could have been even better if he did not miss out on three seasons due to serving in the military during World War II. He finished his career with a .325 batting average with 361 home runs and 1,537 RBI’s.

At right field for the Yankees all-time team is Babe Ruth which is an obvious pick. He led the American League in home runs 10 times as a New York Yankee as well as a career year in 1927 where he led the league in almost every offensive statistic. He was also a five-time RBI champ and led the American League in runs scored seven times as a Yankee. His .690 career-slugging percentage and 1.164 OPS are still the best of all time, as well as his 178.3 wins above replacement. He is in the hall of fame as well as an MVP, two-time all-star and seven-time World Series winner.

At the designated hitter position is Mickey Mantle. Even though designated hitter did not become a thing until 1973 and Mantle retired in 1968 he still had to belong in this list. Mantle played center field like DiMaggio, but DiMaggio was a better fielder so he got the start in center field. Mantle won the Triple Crown, along with a three-time MVP, 20-time all-star, seven-time World Series winner, and many more accomplishments.

This was tough as there are so many great pitchers in Yankees history. Also, it was difficult to decide whether it should be a starting pitcher like Whitey Ford or a solid bullpen pitcher. However, the best pitcher in Yankees history is the greatest closer of all-time and first unanimous hall of famer in Mariano Rivera. Rivera is known for being the most dominant closer and second best player to wear #42 as well as having one of the best walkup songs in “Enter Sandman” which always got Yankees fans excited for him to take the field. He is a 13-time all-star in addition to a five-time World Series winner where he won World Series MVP for one of those championships.

The Yankees are the most dominant franchise of all time and this list shows it. No all-time team in baseball would be able to compete with this team as there is a solid mix of speed, elite contact, and elite power, in addition to fielding. The Terrific Ten has no weaknesses as it features some of the best players to ever wear pinstripes and represent the New York Yankees. Also, every player on this list has at least one World Series so they are part of the winning culture the Yankees represent.