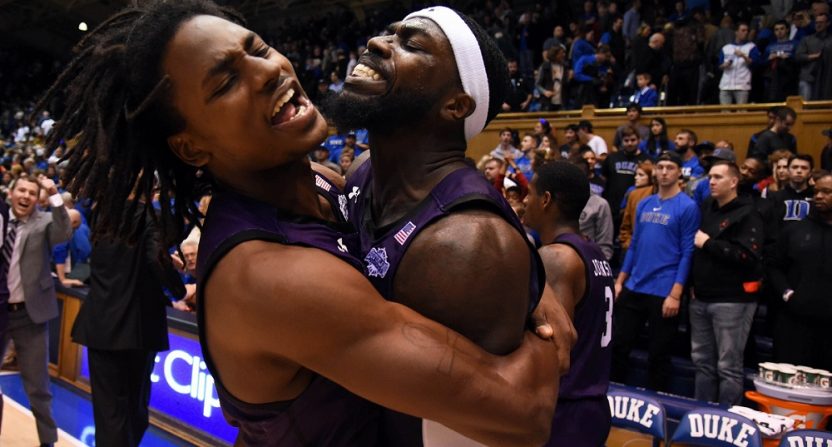 Anarchy is the only word to describe the 2019-20 college basketball season. Of the 14 AP polls this year, seven had a different team ranked at the top. We are just over a month away from Selection Sunday and it’s anyone’s guess as to who will be cutting down the nets.

It did not take long for this season to go haywire. The first shocking upset came just two weeks into the season when Evansville traveled to Lexington to beat No. 1 Kentucky. Only two weeks after that No. 1 Duke fell at home to Stephen F. Austin.

Duke had won 150 straight non-conference home games prior to that loss!

Just this past Wednesday, Vanderbilt beat SEC rival LSU 90-99 at home. What makes this upset anarchical is the fact that Vandy lost 26 consecutive conference games coming into the contest. Moreover, LSU was the lone undefeated team in SEC play until that defeat.

The Purdue Boilermakers are having one of the most maddening seasons in recent memory. They currently sit at (13-10), but the NET rankings have them at 29. That is because Purdue has beaten Virginia, Michigan State, and Iowa by 20 or more points. Add a 19 point win over Wisconsin and you have four quality blow-out wins. Yet, the Boilermakers are (3-8) away from their own building. They also rank 8th in strength of schedule as a result of playing in the Big 10 and scheduling several tough non-conference games.

Over the past month, college basketball has managed to find some stability at the top with Baylor and Gonzaga. They both have just one loss thus far, but it is hard to tell how much either can be trusted in March.

Vegas currently pegs Duke and Kansas as the favorites to cut down the nets at 7/1 odds. The Zags sit third at 10/1 and Baylor is fourth at 12/1 odds.

On Saturday, the selection committee released the current top 16 tournament seeds. The four number one seeds were: Baylor, Kansas, San Diego State, and Gonzaga. The committee is clearly relying heavily on the NET rankings, with 14 of the top 16 seeds being in the top 16 NET.

By the way this season has unfolded so far, it would not be surprising to see madness in March like never before.