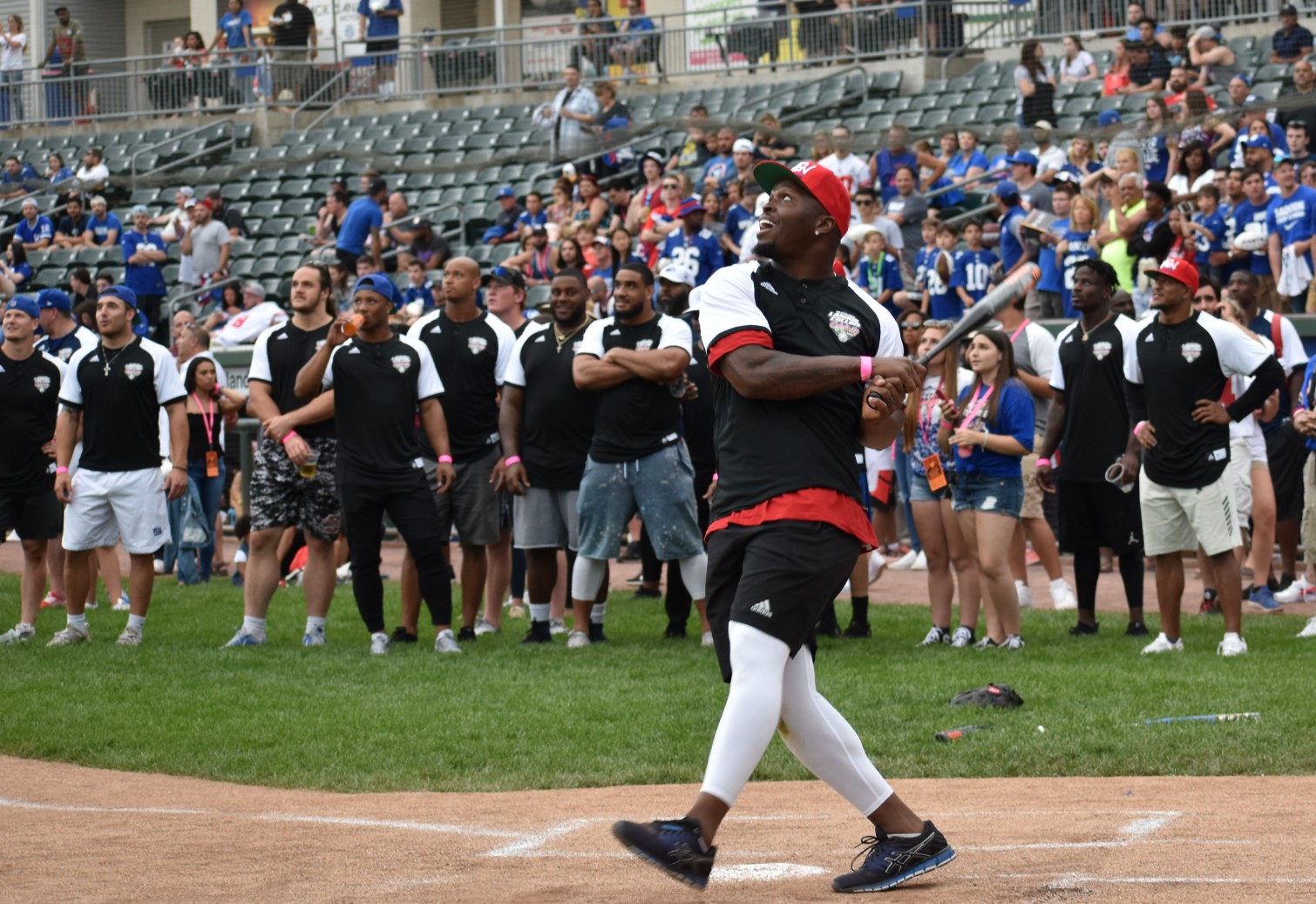 For the third straight year, Landon Collins hosts his celebrity softball game with Brandon Jacobs and members of the New York Giants family, past and present on June 8th at Boulder Stadium in Pamona, NY.

The proceeds for the evening festivities go to help Tom Coughlin’s Jay Fund. Coughlin which founded the foundation, was the Giants Head coach from 2004 -2015 and currently is the President of football operations for the Jacksonville Jaguars.

Last year’s game helped raise over $35k for the the Jay Fund which
helps families tackle childhood cancer by providing comprehensive financial, emotional and practical support. The foundation was founded in 1996.

Last year Coughlin made a surprise appearance at the event and was greeted with much affection by the players he had led to battle through the years. Within minutes Coughlin was taking selfies with his former players while laughing and joking.

Collins, who signed with the Washington Redskins during off season is viewing the game as his going away party with his former teammates. Last years ‘game featured such stars as Saquon Barkley, Sterling Shepard, Davis Webb, Wayne Gallman, Janoris Jenkins, Tiki Barber, Victor Cruz to name a few.

This years festivities include Kickball, Dodge ball, Home Run Derby and of course the softball game with the offense playing the defense. Last year’s game drew close to five thousand Giants fans for not only an entertaining evening, but fan friendly experience.

Collins and Jacobs had help from Joe “License Plate Guy” Ruback to help organize the event. If you follow either Collins or Ruback on social media, you see the two have a close relationship

“Joe told me to trust him and he will take care of everything and he did..” said Collins during last years event. “Joe is a friend and we all share his passion to make this the best it could be. We are helping raise money for a great cause and the experience has been amazing.”