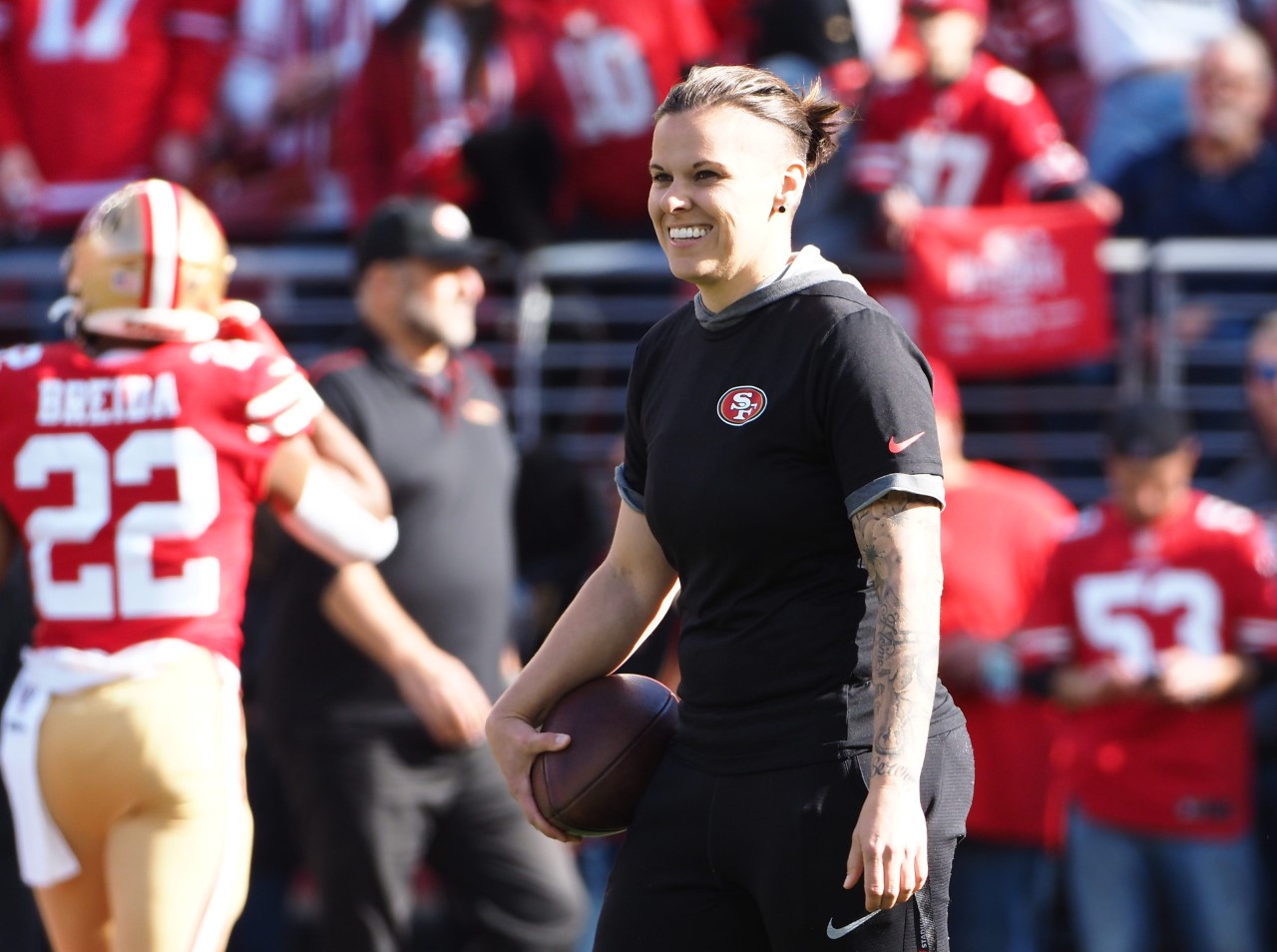 If you haven’t heard, Katie Sowers will be the first woman to coach in the Super Bowl. Sowers is an offensive assistant coach for the San Francisco 49ers. This is currently her second season with the 49ers, but she has been working in the NFL since 2016.

Sowers is a trailblazer, yet I have seen a lot of talk on social media that claimed her gender does not matter and IF we want to normalize women being in the NFL people should not talk about it and make it a big deal. Misogynistic jokes are being made that Sowers is only an assistant coach and not a real coach, that she is there to make halftime snacks and give out coffee to the other coaches.

“We find it so odd when women lead men, but women have been teaching men for years,” said Sowers. “We have to normalize it.”

The fact of the matter is Sowers is the FIRST woman to ever coach in the Super Bowl, that alone IS a milestone and should be something that is talked about. A woman coaching in the Super Bowl is not normal and to not acknowledge her as the first would not be right.

Sowers did not get there by doing nothing. Plenty of other men in the NFL had every opportunity to be in the exact position she is right now. But a man is currently not an assistant offensive coach for the 49ers, a Super Bowl contending team, Sowers is.

Sowers spent eight years playing professional tackle football as a quarterback for the Women’s Football Alliance, and also played for Team USA in 2013. In 2016 Sowers worked alongside assistant head coach Raheem Morris with the Atlanta Falcons and helped with drills during offseason. After that Sowers had self-taught herself everything she needed to know about football and coaching by reading books.

Some may say that women have no place in men sports much less the NFL, but Sowers hopes to change that.

“You have to have a first for everything to create change,” said Sowers. “But I want to make sure I’m not the last.”

Whether you believe that gender or sexual orientation does not matter in sports or that it should not be glorified, that it true, one day it should be so normal that it does not matter. But because it is not normal and Katie Sowers is the first woman coaching in the Super Bowl she should be recognized, so that other little girls, women, and people of any sexual orientation that would normally be outcasted can see that it is possible.