The Astros Launch Into Space with New City Connect Jerseys 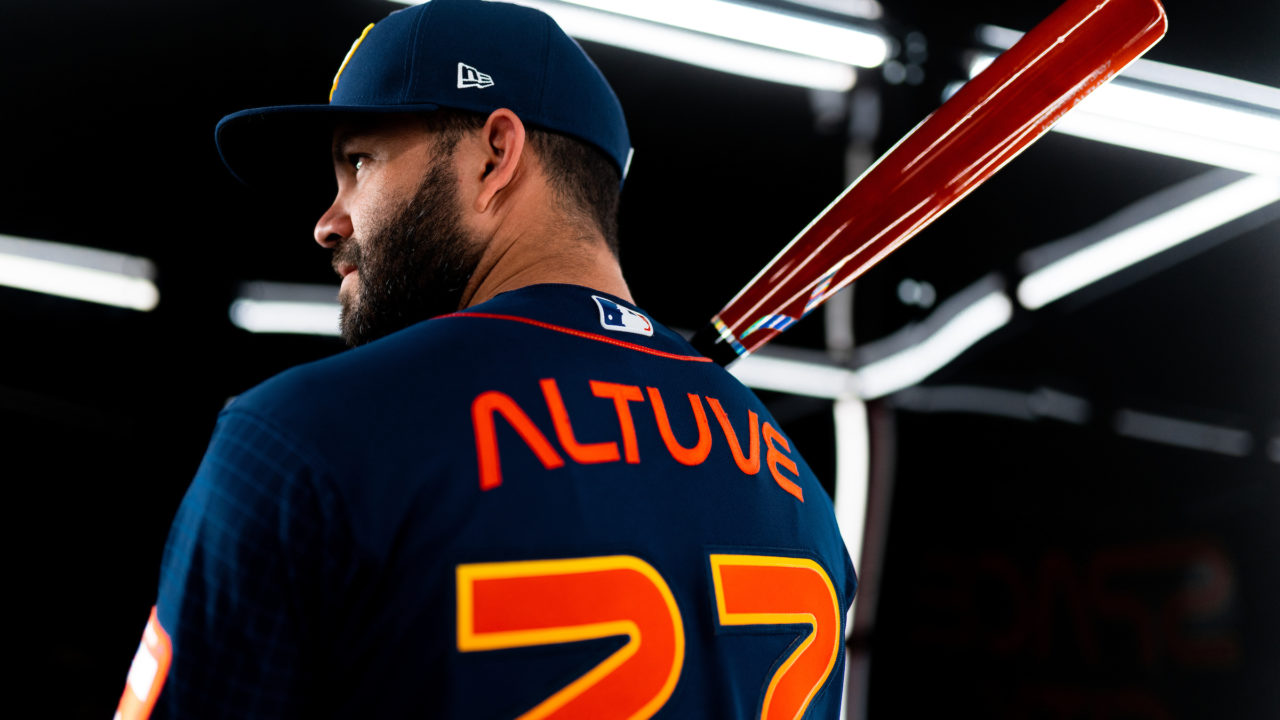 The Astros are representing Space City in new uniforms that complement their current color scheme and mascots.

The Houston Astros unveiled their new Nike City Connect uniforms over the weekend, and they are out of this world.

With this jersey, we remind the world…

This is Mission Control.
This is Houston.
This is #SpaceCity. pic.twitter.com/J8ijYCWJJj

The new dark blue uniforms keep the Astros’ color scheme but emphasize Houston’s connect to the American space program.  The front of the jerseys say “SPACE CITY” in NASA’s font, which is a unique look on a baseball jersey.

The sleeves also contain a special grid pattern, which the Astros say reflect the solar arrays at mission control.  The finishing touch is on their alternate logo, where a celestial object orbits their H-star design.  Adding the orbit is a subtle and effective way to honor the team mascot, an alien by the name of orbit.

Overall, this is a beautiful design that Astros fans will be clamoring to buy.  Nike came up with an innovative look that still matches the team color scheme and roster energy.  Yordan Alvarez and Jose Altuve were already set to lift off baseballs, and now they have the uniforms to match.

The Series Gets Better

When Nike took over Major League Baseball’s uniforms in 2020, many fans were skeptical that the sportwear giant would be able to honor the game’s rich tradition.  Others were curious how they would bring new designs to a sport that could use some freshening up especially since the NBA City Connect jerseys have drawn much attention.

So far, the new MLB designs have been a big hit.  I am not personally a fan of every look, but taken together Nike has created a series of uniforms unique to each team and city taking part, and lots of baseball fans are excited.  At a Boston Red Sox game last season, I could pick out dozens of fans wearing the yellow City Connect jerseys.

The same is true in every city that has introduced a local design.  Both sides of Chicago are honoring their neighborhoods, while other cities opt for local culture or climate.

Nike is two-for-two so far this season, as the Astros look follows a new uniform for the Washington Nationals.  The team from the District is honoring cherry blossom season, as the flowers are blooming on grey jerseys and cream pants.

These unis look even better in the handshake line.#BloomDay🌸 // #NATITUDE pic.twitter.com/NIPDjFF4B2