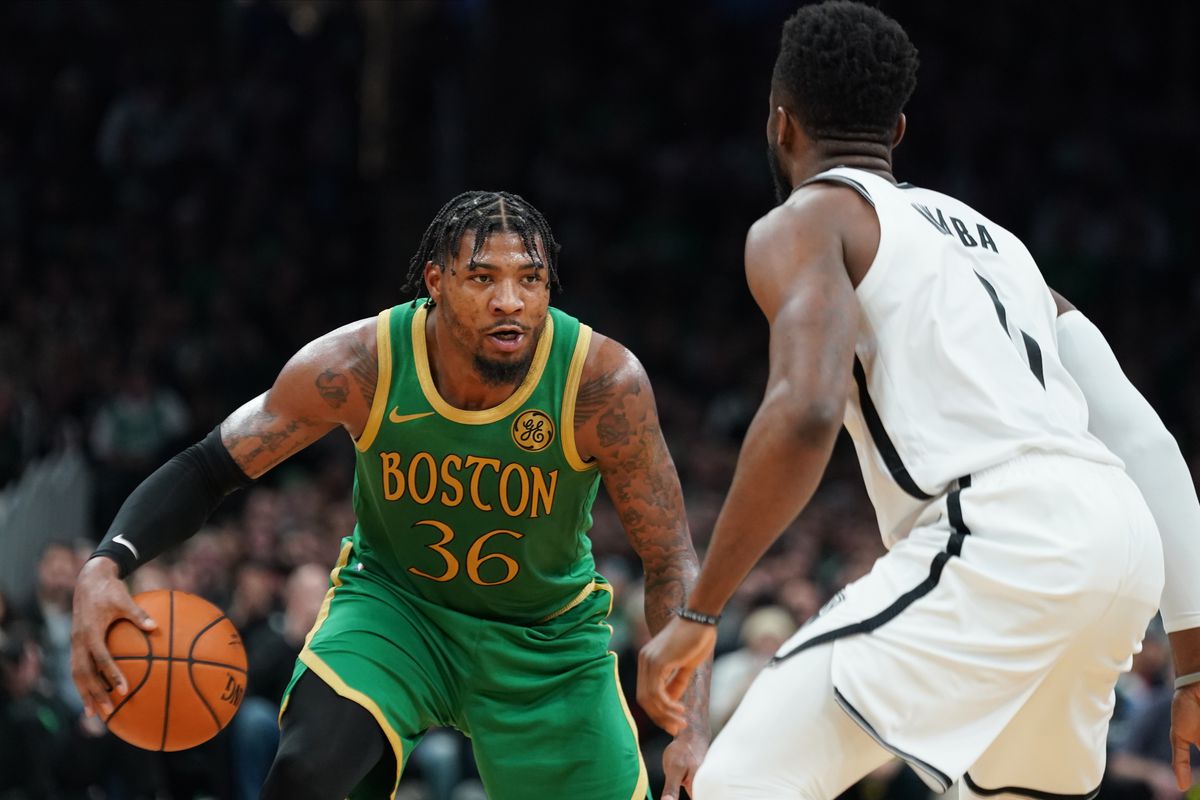 When people think of the Boston Celtics, they think of Jayson Tatum, Jaylen Brown, Kemba Walker or even Gordon Hayward. However, there is one name a lot of people tend to overlook, and that name is Marcus Smart.

Smart, while not necessarily dynamic on offense, is trending around the top 20 for defensive players in the NBA where he joins Tatum, who ranks in the top five. The thing that makes Smart special on defense isn’t the numbers he’s delivering every night, it is his passion and competitive drive for his teammates and the game of basketball.

While NBA fans typically don’t see Smart in this way, the league certainly does. Last year, he was voted to the All-Defensive 1st team, which is an incredible accomplishment for someone who isn’t considered an elite defender.

Even Celtics coach Brad Stevens knows he has something special in Smart.

“We need Marcusand I’ve told him a number of times how much we need him,” said Stevens. “But this is the part about Marcus that I love, right? His fire, his competitiveness. If there’s a moment when he’s upset with us, that’s all part of it. We move on pretty quickly. We’ve been together a long time. I’ve been yelled at before and that’s okay. I love him and I trust him. And he’ll get every opportunity.”

The reason why Stevens trusts Smart so much is because of his playstyle. Unlike most stars in the NBA today who tend to focus on the offensive end, Smart has the opposite mentality. He willingly will put his body on the line to dive and make plays even if the team is ahead. He creates opportunities for his teammates by generating big plays like crucial turnovers or being aggressive for an important rebound.

Another thing that separates Smart from the rest is how quickly he’ll defend his teammates. He will get in anyone’s face and jaw with anyone that he thinks looks at his teammates the wrong way.

Smart is the definition of what a Boston Celtic should be, and he deserves to be recognized as one of the faces of the franchise and as an elite defender, regardless of what the stat lines say.