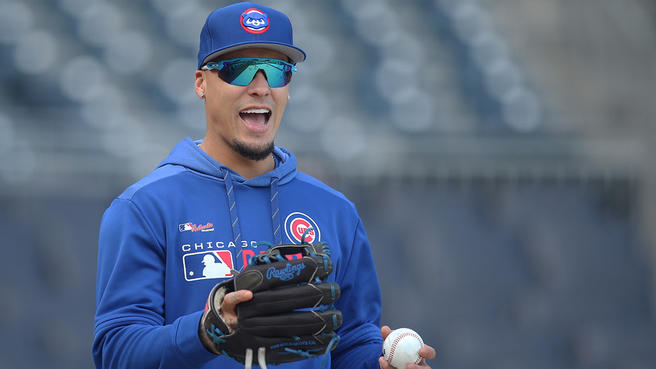 Last season’s struggles cost the Chicago Cubs what would have been a fifth straight playoff appearance and cost Joe Maddon his job. Davis Ross was named as Maddon’s replacement in the club’s first big move of the offseason. If Chicago hopes to play October baseball once again, they’re going to need to make some improvements to the roster. What are the team’s biggest weaknesses, and which players make good options to fill these gaps?

Bullpen: Chicago’s bullpen was notably awful in high-leverage, late-game situations. Craig Kimbrel, the guy brought in to be the savior of the pen in June, was the team’s worst reliever. To be fair, Kimbrel didn’t have a Spring Training and had to re-adjust to facing big league hitters. Still, he allowed a career-high number of home runs in a season where he threw a career-low number of innings. Pedro Strop, Steve Cishek and Brandon Kintzler are all free agents and Brandon Morrow had his club option declined. The Cubs are looking at a complete rebuild for the bullpen.

Starters: What was not so long ago a glowing strength of this franchise has all of a sudden ominously turned to a point of concern. Chicago declined to extend a qualifying offer to Cole Hamels, meaning the veteran southpaw is likely on his way out of town. Both Lester and Quintana had rocky 2019 campaigns and will have to return to form to give this team a shot at returning to the playoffs. Gerrit Cole is the free agent starter all of baseball has their eyes on, however the Scott Boras client is almost definitely out of budget for Epstein and the Cubs. Colorado Rockies starter Jon Gray is a name that has circulated a lot in trade talks recently. The logic there is: take a decent pitcher out of Coors Field and he becomes an ace. Tyler Chatwood proved that isn’t always the case, but Gray could be a low-cost trade option to bolster the rotation, nonetheless. You can never have too much starting pitching, The Cubs have already acquired Jharell Cotton to provide depth upon his return from Tommy Johns, but more moves have to be made in the coming months.

Francisco Lindor: Many executives and insiders around baseball are speculating that the Cleveland Indians may be looking to move their star shortstop this offseason. If Cleveland is willing to move Lindor to their 2016 World Series opponents, it would create one of the most electric middle infields in baseball. If such a move were to happen, either Baez or Lindor would move over to second base. Lindor would provide a significant boost at the top of the order and be an ideal table setter for Bryant, Rizzo, and Baez. The young star still has two relatively affordable years of control left on his contract, which may demand a price that the Cubs are unwilling or unable to meet.

Whit Merrifield: It seems like the Merrifield to Chicago rumors have been circulating for years now. The Kansas City Royals look destined to be awful for the next couple years at least, so they might as well cash in an aging (albeit still in his prime) star while they can. The speedy utility man would breathe life into the top of the order. In addition to being one of the best contact hitters in the game, Merrifield provides valuable defensive versatility, with an ability to play almost anywhere on the diamond.

Keep reading below for a couple more options that also fill the void in center field.

Albert Almora struggled mightily in 2019. The former first round pick slashed an ugly .236/ .271/ .381 (Avg / OBP / SLG). Worse yet, his usually dependable glove was anything but, with a defensive rating well below league average for center fielders. Epstein and the Cubs brass would very much like to see an upgrade in production from the position. The question is who?

Mookie Betts: This route would certainly make the biggest splash but doing so would come at a higher cost than other options. Even with Betts widely expected to be traded from the Boston Red Sox this winter with one year remaining on his contract, the Red Sox aren’t going to just give away the former MVP. Betts would be a huge infusion of consistency at the top of a Cubs lineup that struggled to put together sustained success last season. How much can the Cubs offer in return for a potential one-year rental though? The farm system is depleted as it is and re-signing Betts beyond 2020 would almost certainly guarantee the departure of Rizzo, Bryant, or Baez via free agency (if not a combination of the three).

Shogo Akiyama: Like Betts, Akiyama would kill two birds with one stone by checking both the center field and leadoff boxes. The 31-year-old left hander is looking to make the jump from Japan this offseason where he boasts a career .301 average with moderate power numbers. The international free agent carries the advantage of not having to be acquired by trade and will likely not command too hefty of a salary. With strong plate discipline and 20 plus steals each of the last three seasons, Akiyama could be just what the doctor ordered for Chicago.

Jason Heyward: Hey wait, aren’t we already paying that guy $86 million over the next four seasons? Yep, but if Chicago opts to re-sign Nicholas Castellanos, Heyward would stay put in center where he finished 2019. Castellanos gave everything he had to keep the collapsing Cubs in the playoff race down the stretch. The right fielder hit 16 homers with 21 doubles and batted .321 in only 50 games for the North Siders. FanGraphs projects him to sign for somewhere in the ballpark of 4 years $56 million. If going forward he can be half the hitter he was last year, I think that contract could end up being a steal.

If I’m going to talk about the rumors that make us happy to hear, it’s only fair to address the concerning ones. Epstein has made it clear on multiple occasions that nobody on the roster is off limits for trade offers. These statements combined with Kris Bryant’s decision to turn down an extension a couple seasons ago have casted doubt over the third baseman’s future in Chicago. To make matters worse, Bryant is in the midst of a service time grievance against the Cubs, claiming that the team manipulated the timing of his arrival to the MLB level so that they would gain an extra year of control. Bryant is unlikely to win this case, as the Cubs appeared to operate within the rules of the league, however, if the commissioner sides with Bryant, he would become a free agent after next season.

With only one year left of Rizzo, and two years remaining of Baez and Bryant (hopefully), the Cubs are nearing a crossroads. They will have to decide between committing a huge sum of salary to the three stars or breaking up the core that lead to the team’s first world series in 108 years. While re-signing all three would be expensive, it would provide stability to the team moving forward. It’s hard to imagine a Cubs roster without one, or heaven forbid, all three of these beloved players.

After missing the playoffs for the first time in four seasons, one must wonder if there is a sense of urgency in the team’s front office. Epstein has developed a reputation as one of the best executives in baseball. What happens next, both this year and in the years ahead, will go a long way in determining not only his personal legacy, but that of this era of Cubs baseball.