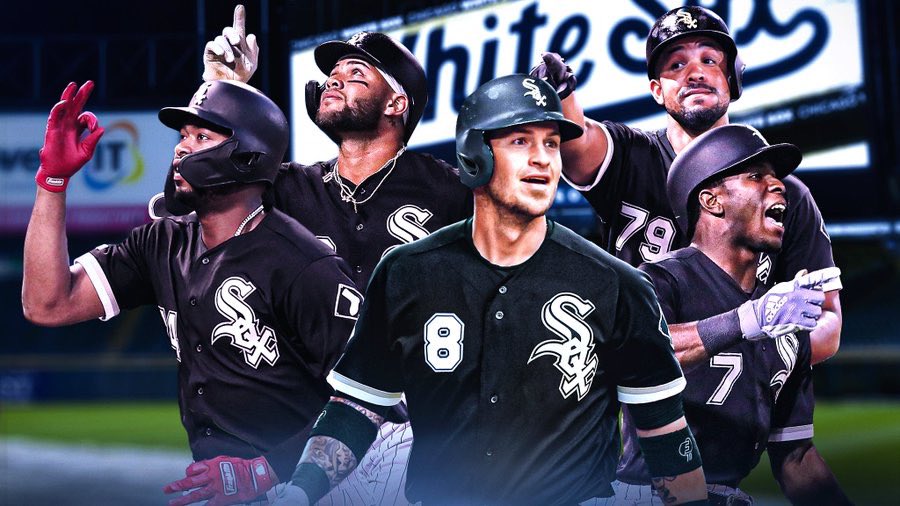 The Chicago White Sox have been the busiest team in the American League Central so far this offseason. After finishing the 2019 season in third place in the division with a record of 72-89 behind the Minnesota Twins and the Cleveland Indians, the White Sox are making a push to contend next season.

With a young core of Yoán Moncada, Lucas Giolito, Eloy Jiménez, and Tim Anderson, the White Sox are moving into the next phase of their rebuild by adding established talent around their young roster.

The White Sox began their spending spree by signing catcher Yasmani Grandal to a four-year deal worth $73 million dollars. Chicago acquired the best catcher available who leads all catchers in fWAR since the 2015 season. Grandal hit 28 home runs in 2019 and his .380 OBP led all catchers.

Former elite prospect Nomar Mazara was acquired from the Texas Rangers for outfield prospect Steele Walker, who was considered a top 10 prospect in the White Sox system. Mazara has hit 79 home runs through his first four seasons but has struggled with a .260/.320/.435 slash and hasn’t even been worth 2.0 fWAR over that time.

The White Sox are hoping that Mazara can turn into the slugging corner outfielder that the Rangers were hoping Mazara would be. Mazara slugged a career-high .469 last season so maybe this is the year that Mazara breaks out. Trading away a top prospect is a shift in organizational strategy as Chicago has spent the last few seasons developing and trading for prospects- not trading away their assets.

Chicago’s starting rotation received a major reinforcement after signing Dallas Kuechel to a three-year deal worth $55.5 million. Dallas did not have the sharpest season pitching for the Atlanta Braves in 2019. However, Kuechel had a very unorthodox year after not signing with a team until June and was only able to make 19 starts. Kuechel had an ERA of 3.75 but his FIP of 4.72 suggests he got a bit lucky. He gave up 16 home runs last year in 112.2 innings after giving up only 18 home runs in 204.2 innings in 2018. There are a lot of red flags that suggest Kuchel may have begun his decline.

However, given his track record and the fluke circumstances of the last offseason, there’s no reason why Kuechel shouldn’t be an excellent #2 starter behind Giolitio in 2020. At 32 years old, I think Kuechel could have a few more 3 fWAR seasons left in him. He might not be a Cy Young award caliber pitcher anymore, but he is a major upgrade for the White Sox rotation.

In addition to Kuechel, the White Sox signed Gio Gonzalez to a one year deal worth $5 million. Gonzalez signed a contract with the New York Yankees in March 2019 but was released at the end of April. The Milwaukee Brewers picked Gonzalez up who managed to pitch 87.1 innings the rest of the season. Gonzalez had an ERA of 3.50 and improved his strikeout and walk rate from the 2018 season, which suggests that maybe Gio has a little something left in the tank. With Giolito and Kuechel rounded off by Gonzalez, elite prospect Dylan Cease, and Reynaldo López, the White Sox have significantly improved their rotation from last year.

The White Sox have a new DH and his name is Edwin Encarnación, who signed a one year deal worth $12 million with a club option for 2021. The 37-year old hit 34 home runs last season with a .344 OBP and worth 2.5 fWAR. The dude can still mash and at 414 career home runs, he might want to play till he reaches 500 dingers. Edwin will nicely fill out the White Sox lineup which is looking very deep at the moment.

As smart organizations do, the White Sox gave super-prospect Luis Robert a 6 year $50 million dollar extension before he has even reached the majors. Robert will start in the outfield next season lining up alongside Eloy and Mazara.

The White Sox also added to their bullpen by signing Steve Cishek to a one year deal worth $6 million with a club option for 2021.

Roughly speaking, the White Sox will look something like this next season.

This looks much better than a 72-win roster. The White Sox have a great mix of elite young talent with established studs who are looking to close the gap on the Twins and the Indians in the AL Central. While the roster isn’t perfect and many players need to take steps forward, the White Sox can definitely compete for the AL Wildcard spot during the 2020 season. Regardless of how they perform next year, the Chicago White Sox are obviously trying, and that is good for the fans and that is good for baseball.