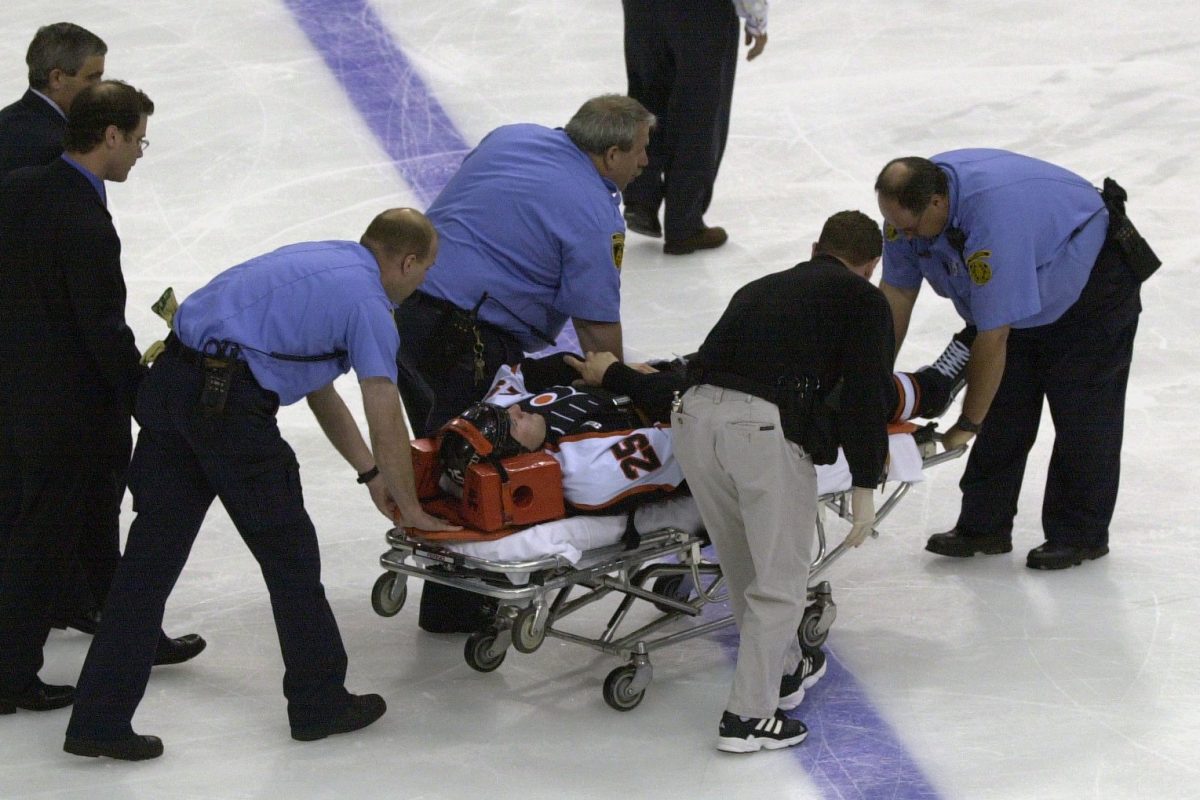 There is a dark cloud looming over the NHL. It is not one of controversy or finance, it is one of health.

Throughout the years, there has been talk of a link of CTE to professional hockey and other high-contact sports. But the NHL has yet to act or make changes to combat this, unlike other leagues. Much like the concussion studies in professional football, there have been major scientific discoveries about the negative health consequences of long-term exposure to high contact and head injuries, as can be expected. We want our favorite players and their teammates to stay healthy, we want our teams to win. We can’t have this unless a serious discussion is had, and this problem is addressed.

Chronic traumatic encephalopathy (CTE) is a degenerative brain disease linked to the repetitive head impacts that athletes get from playing contact sports. It can only be diagnosed through autopsy after a person’s death. According to a new preliminary study done by the Boston University Chobanian & Avedisian School of Medicine, each additional year of playing ice hockey may increase a person’s chance of developing CTE by about 23 percent. The study looked at the brains of 74 people who played ice hockey, including seven who played as youths, 25 who played in high school, 22 who played at the junior or college level, and 19 who played professionally. One played at an unknown level. Almost half of the participants also played another contact sport, such as football. About 54% of the study’s donors were diagnosed with CTE during an autopsy.

Through little understanding of the disease, it is difficult to diagnose in living people. However, most of the symptoms resemble concussion symptoms. Such as difficulty with thinking, planning, organization, or problem-solving, short-term memory loss, impulsive behavior, unstable emotional state, and aggression among others. The problem is in the repeated hits, which rings alarm bells when one thinks of a player like Sidney Crosby who has faced head injury after head injury throughout his career. Symptoms of CTE often go unnoticed for years, even decades, after head trauma occurs. Although symptoms can be managed, there isn’t a cure for the disease. And because there isn’t a scientifically known cause for CTE, many doctors hesitate to set exact guidelines for its prevention. With the apparent association with repetitive head trauma, there is a belief that avoiding that type of impact and decreasing risk of concussion would be helpful in preventing CTE.

What Can be Done?

In 2016, NHL Commissioner Gary Bettman denied the link between concussions and CTE and said he’s not going to be guided by, quote, “media hype.” Neuroscientist Charles Tator in an interview goes on to say that, “There is no doubt CTE occurs in NHL players. That is a fact. What we don’t know is how many of them are going to get CTE. Just because you’ve been concussed, doesn’t mean automatically that you are going to get CTE.” Tator claims that a possible solution to curb CTE in the NHL is to eliminate elbow hits to the head, which account for a large amount of concussions.

“I know very few neurosurgeons that would go out there and say, ‘No one should ever play football’ or ‘no one should ever play ice hockey,'” said Dr. Ray Chu, a neurosurgeon at Cedars-Sinai Medical Center in Los Angeles. There will be risks in any sport or any activity. But there are always ways to make it safer. A possible course of action could be questioning a player who has just had a hit to determine if their balance, memory or thinking is off and they need to take a break rather than risking a second hit while their brain is still recovering.

In sports like football, proper playing technique and increased neck strength may help reduce head impact and movement, providing protection to the brain. Sideline and return-to-play protocols are also important for monitoring, managing, and rehabilitating head trauma. This could also be applied to professional hockey. Through more studies, we can hopefully determine risk factors for CTE and ways to diagnose and treat it. Awareness is the first step but the NHL needs to listen to scientists, the players, and the media.

A Royal Feast
Seguin and Benn Are Turning Back The Clock