The Cubs Hit Nobody Remembers 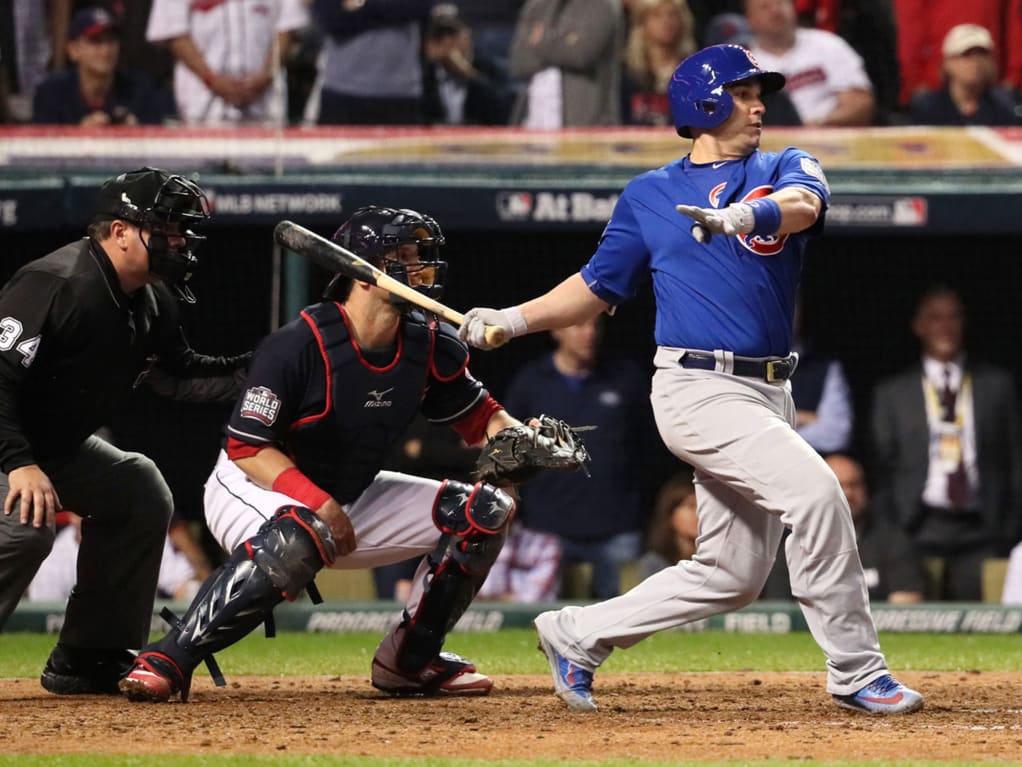 With the postseason coming soon, there’s a lot of talk about clutch moments in years prior. During Game 7 of the 2016 World Series, there was a lot of moments but there is the Cubs hit nobody remembers.

Before we take a look at the hit, let’s recap the game. On the Cubs side, Dexter Fowler led off the game with a homer. Then, in the fourth inning Addison Russell hit a sacrifice fly to bring Kris Bryant home. Then Willson Contreras doubled to bring Russell in. In the fifth, Javier Baez homered and Anthony Rizzo singled to make the score 5-1. In the sixth, David Ross’ homer carried the game into extra innings.

On the Guardians side, Carlos Santana singled in the third to tie the game. Afterwards, in the fifth, a wild pitch by Jon Lester led two runs to score to make the score 5-3. After Ross homered, the Guardians were down 6-3. In the eight, Brandon Guyer doubled to make it a 6-4 game before Rajai Davis homered off of Aroldis Chapman. This tied the game 6-6 going into extras.

Here is where the Cubs hit nobody remembers happens. Kyle Schwarber’s single and Rizzo’s intentional walk started the top of the 10th. This is where most people talk about Ben Zobrist’s clutch double that led pinch runner Albert Almora Jr. to score. But no one talks about what happened after that. Russell’s intentional walk led to another pinch hitter. Miguel Montero is the star of the story. With only one out with the bases loaded, Montero hit an opposite field single, bringing Rizzo in. This hit made it a 8-6 game and Cleveland only scored once on a Davis single. These are the final stats.

Nobody talks about the Montero hit in hindsight because of how big the Zobrist double was. The offense was stagnant for the last few innings and getting a big hit like that was huge. But whenever anyone talks about this historic game, there is no mention of Montero. While Zobrist totally deserves the MVP award, let’s recognize Montero as an unsung hero. This is the same guy who grand slammed against the Dodgers in Game 1 of the NLCS. So, he has previously been clutch before and without that hit, the game would have been tied. This might have made the outcome different.

The 2016 Cubs were always a team with many players contributing to their success in both the regular season and the playoffs. So, it is understandable that Rizzo or Bryant overshadowed Montero. But an unlikely hero like Montero can deliver the true game winning hit of the World Series. The Cubs hit nobody remembers but everybody should.