The Dark Horse of Each Division 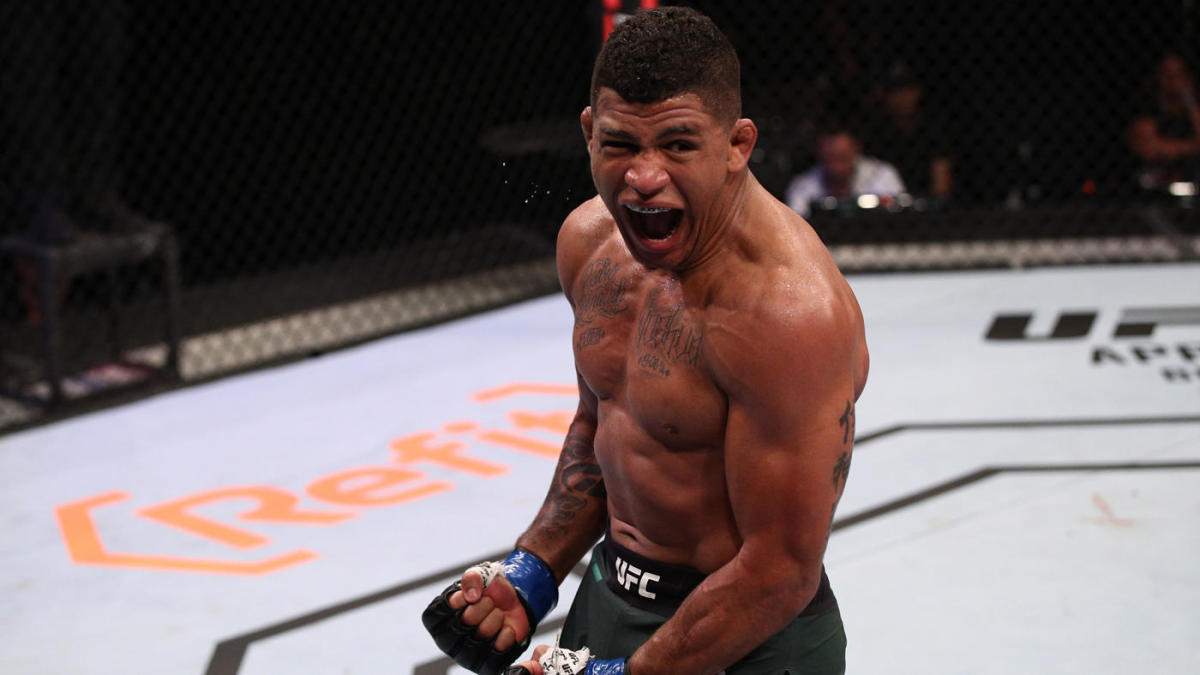 In the sport’s world, the term dark horse refers to a team or athlete that has the ability to emerge to the top, but isn’t necessarily discussed in that manner.

In the mixed martial arts world, a dark horse is a fighter who quietly has a real chance at earning a title shot. For instance, many people regarded Gilbert Burns as a dark horse in the welterweight division prior to his recent victory over Tyron Woodley.

Below are the UFC’s biggest dark horses in each of the men’s divisions:

New Zealand has been a hotbed for mixed martial arts over the past few years, as it’s produced several top tier UFC fighters (e.g., Israel Adesanya, Alexander Volkanovski, and Dan Hooker). A New Zealander who is often overlooked though goes by the name of Kai “Don’t Blink” Kara-France.

Kara-France currently trains at City Kickboxing in Auckland, New Zealand alongside the three names mentioned above. Since signing to the UFC back in 2018, “Don’t Blink” has tallied a (4-1) record with all his fights going the distance.

His next opponent is yet to be determined, but the 27 year old is just a win or two away from being a contender at flyweight. Perhaps there will be an attempt to reschedule his fight with Alex Perez, which was cancelled back in May.

Since joining the UFC in 2014, Pedro Munhoz has only lost four times and he’s never been finished. Decision losses to Raphael Assuncao, Jimmie Rivera, John Dodson, and Aljamain Sterling have kept Munhoz from title contention in the 135lb division up till this point.

Still, “The Young Punisher” has an opportunity to climb back into the top five with a victory over Frankie Edgar next month.

The bantamweight division contains names like Cody Garbrandt, Jose Aldo, and Dominick Cruz, making it more difficult for a lesser-known guy like Munhoz to make noise. That is what makes him the ultimate dark horse however.

Again, a win over Edgar next month will catapult Munhoz back into contendership at 135lbs.

Dan “50k” Ige’s busy 2020 is about to get busier as he’s set to take on Calvin Kattar in a main event next month. Many people are unaware that Ige is in the midst of a six fight win streak, which includes two victories this year over Mirsad Bektic and Edson Barboza.

It’s fair to note that both of his 2020 wins came via split decisions, but a win’s a win as they say and those were two tough customers.

Speaking of tough customers, a victory over Kattar will likely jump Ige five or six spots up in the featherweight rankings. The featherweight division gets very competitive towards the top with guys like Holloway, Ortega, Zabit, Korean Zombie, and Yair. Yet, Ige will force his way into the title conversation if he can continue his winning streak.

Selecting Charles Oliveira as the lightweight’s dark horse was as easy as brushing my teeth because the guy’s resume is undeniable.

He’s been a part of the UFC since 2010, where he began his tenure with a submission win over Darren Elkins. That was the first of a UFC record 14 submissions by way of “Do Bronx”. Right now, the Brazilian submission artist is on a seven fight win/finish streak.

Oliveira could very well be the most avoided fighter in the sport at the moment. The grappling back and forths between him and Khabib would be absurd if we ever get to see that match-up. “Do Bronx” is still searching for his next dance partner; it will be interesting to see if he waits for one of the bigger names ahead of him or if he takes on somebody lower in the rankings again.

It’s difficult to find a fighter who was affected worse by the timing of the pandemic than Leon Edwards. Prior to the forced cancellation, “Rocky” Edwards was scheduled to face Tyron Woodley in London.

Unfortunately, it was cancelled and never rebooked, leaving Edwards without his next opponent. He would probably be in Gilbert Burns’ position right now fighting for the 170lb belt if he had fought and beat Woodley.

The argument can even be made that “Rocky” Edwards is more deserving of a title shot than Jorge Masvidal, when considering the win streak Edwards is on (8).

Nevertheless, there’s no doubt that Edwards would love the opportunity to avenge his 2015 loss to current belt holder Kamaru Usman. Moreover, if Masvidal isn’t interested in fighting you can expect to see Leon Edwards get the next crack at welterweight gold.

This time last year Jared Cannonier would be the obvious choice for middleweight dark horse, but “The Killa Gorilla” has solidified his status as a contender over that span. Now, the undefeated Edmen Shahbazyan serves as the best choice for 185lb dark horse.

It hasn’t taken long for Shahbazyan to make a name for himself in the UFC. Since March of 2019, he has recorded three impressive first round stoppages over quality competition (Charles Byrd, Jack Marshman, and Brad Tavares.

Right now, there are several guys ahead of Shahbazyan who would lobby for their chance against Adesanya. Yet, a finish over Derek Brunson in August will make him tough to deny as a true contender at 185lbs.

You probably didn’t expect to see an unranked guy on this list, but don’t be fooled. Jiri Prochazka is a former champion for the organization Rizin, and he’s set to make his UFC debut at UFC 251 against Volkan Oezdemir.

Matching him up against Oezdemir in his first UFC fight speaks to the legit all-world talent of “Denisa”. Hailing from the Czech Republic, Prochazka stands 6’4” with immense knockout power. His fight against Oezdemir will be a stand and bang affair which plays into Jiri’s style.

Remember the name Jiri Prochazka because if he beats Oezdemir he could become a top five light heavyweight at just (1-0) in the UFC.

Admittedly, finding a dark horse at heavyweight was not easy because much of the division is veterans who have seemingly fought for decades. So I landed on the ultimate veteran, Alistair Overeem.

Let’s not forget that “The Reem” would be on a four fight win streak if it weren’t for getting knocked out with just four seconds left by Jairzinho Rozenstruik (he was cruising to a decision win until that point).

Overeem is such a tough guy to put away because he’s been around for so long and he’s so savvy in the octagon. All you have to do is re-watch his recent fight with Walt Harris to know how difficult it is to put him away.

It would not be surprising to see Overeem climb back up into title contention in the sport’s biggest weight class.

Whether people realize it or not, each of the fighters listed above has the potential to fight for UFC gold in the near future.

More in Ear To Canvas