The Evolution of the Quarterback: The 70’s 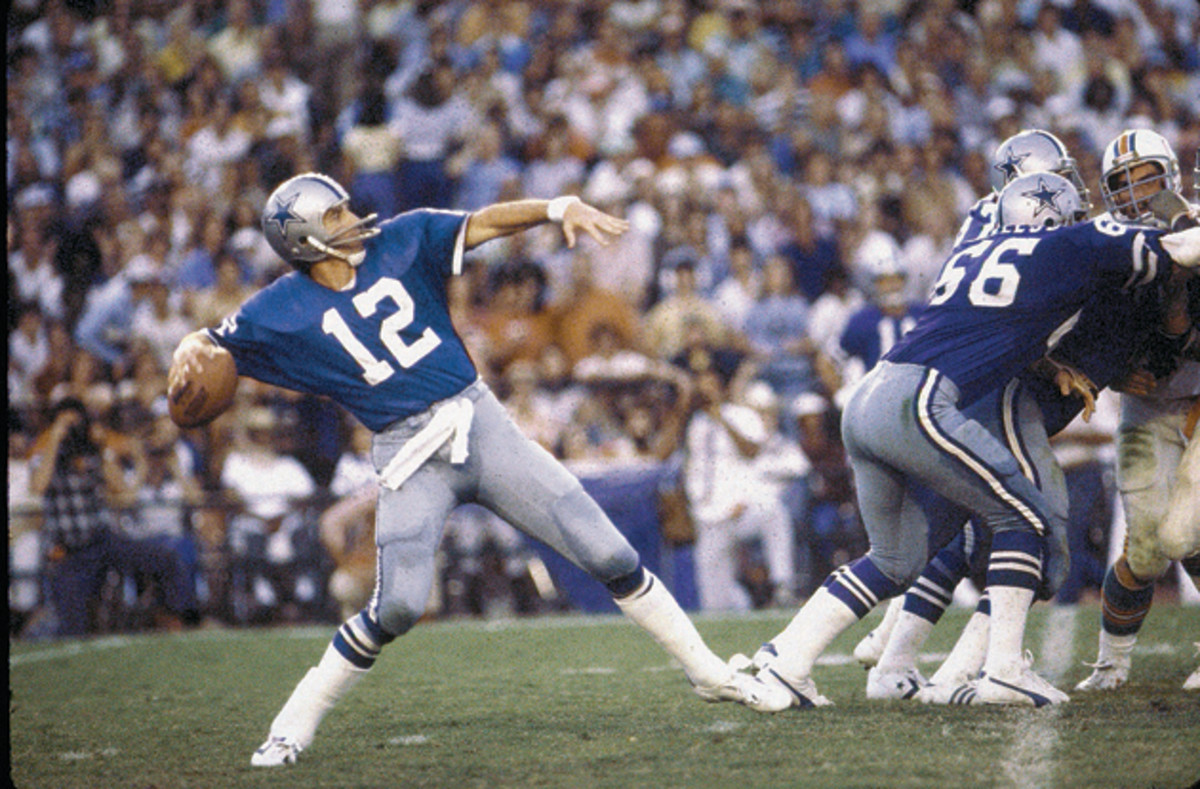 Yesterday we got into some of the great quarterbacks of the 60’s and what was going on in the NFL and AFL in the 1960’s. The 1970’s and 1980’s set the precedent for football in America, as during this time it was America’s most popular spectator sport. On top of that, while football was growing as the country’s go to spectator sport, the modern era of the NFL began in 1970’s.

Not only did football grow as a new spectator sport, but football also mixed in with American culture. The Super Bowl and the Monday after the Super Bowl was like an unofficial holiday in America. With popularity growing at a quick rate, the NFL introduced Monday Night Football in 1970.

The NFL also made some rule changes at the end of the 70’s that made the game faster, and more popular. It was clear what the viewer wanted while watching football, and that is more points. So just like a smart business would do, it made it easier to score by protecting offensive players such as the quarterback and the wide receivers.

The NFL was clearly the biggest sports attraction in the country, but that didn’t mean there weren’t groups out there that wanted to have their go at starting a new professional football league. The World Football League was the first entity to challenge the NFL, and for a little bit it worked. In 1974 the World Football League lured some NFL talent to play in the WFL. The WFL also prompted the NFL to institute some rule changes. In the end, the WFL folded half-way through their 1975 season due to financial problems. However, two WFL teams failed when they tried to move from the WFL to the NFL.

With the NFL trying to grow it’s popularity by making it easier to score, the 70’s were a great time to be a quarterback in the NFL. With the addition of some rules that helped the offense such as, linemen being able to use their hands more while blocking, scoring was at an all-time high during this period. On top of that the earliest version of pass interference was adopted during this years, meaning defensive backs could only touch receivers before five yards past the line of scrimmage. Now as we have been doing, let’s discuss some of the great quarterbacks of the 1970’s:

The 70’s were littered with quarterback talent, and Staubach might have been the best of the bunch. After serving four years in the United States Navy, Staubach got his career started at the age of 27. His career totals are 22,7000 passing yards, for 153 touchdowns, and 2,264 rushing yards. While Staubach was with the Cowboy’s they were in the elite group of NFL teams. With Staubach as the starter, the Cowboys won two Super Bowls, but also lost two.

I purposefully did not rank these quarterbacks because of this man right here. You are either a, “Terry Bradshaw was one of the best to ever do it”, kind of person, or you’re a, “Terry Bradshaw was a great winner,” type of person. I am of the belief that Bradshaw was an above average quarterback, but his four Super Bowls were won with defense and power, not with finesse. Don’t get me wrong, Bradshaw deserved those four titles, but they came off the back of the defense more than anything.

In his career Bradshaw threw for 27,989 passing yards and 212 touchdowns. He also added on 32 rushing touchdowns during his career. Finally, Bradshaw was a true winner so he has four Super Bowl rings, two Super Bowl MVP awards, and was the NFL’s MVP in 1978.

Ah Bob Griese! Griese is almost like Bradshaw in the sense that he wasn’t the most physically gifted quarterback, but he worked with what he had and still had a fantastic career. He is a two time Super Bowl champion, and over his career with Miami he threw for 25,000 yards and 192 touchdowns. Griese was quite the athlete in college. He played quarterback, kicked, and punted for the Purdue football team. He was a guard on the Purdue basketball team, and he pitched for the baseball team, going 12-1 one season.

Interesting Fact: Late in his career, in 1977, Griese started wearing glasses while playing.

Tarkenton was drafted in the third round of the 1961 NFL Draft by the Minnesota Vikings. In his first game as a pro, he came off the bench to lead the Vikings to a come-back victory over the Chicago Bears. Tarkenton was really the first true dual-threat quarterback the country had seen. During his career he threw for more than 47,000 yards and 342 touchdowns. He also rushed for over 3,500 yards and 32 more touchdowns. He was the first real gateway to what we see in college and the NFL today.

Well, there you have it, the best quarterbacks from the 1970’s. Feel free to comment or message me if you think I missed someone or if you just want to have a conversation, feel free to ask. The 70’s were the biggest growth years in the history of the league. During the 70’s it jumped in fan popularity, and began attracting more gifted players. Tomorrow we will go ahead and go over the 80’s and 90’s. On Saturday will be 2000-2010, and Sunday morning will be 2011-Present.