The Evolution of The Quarterback: The 80’s 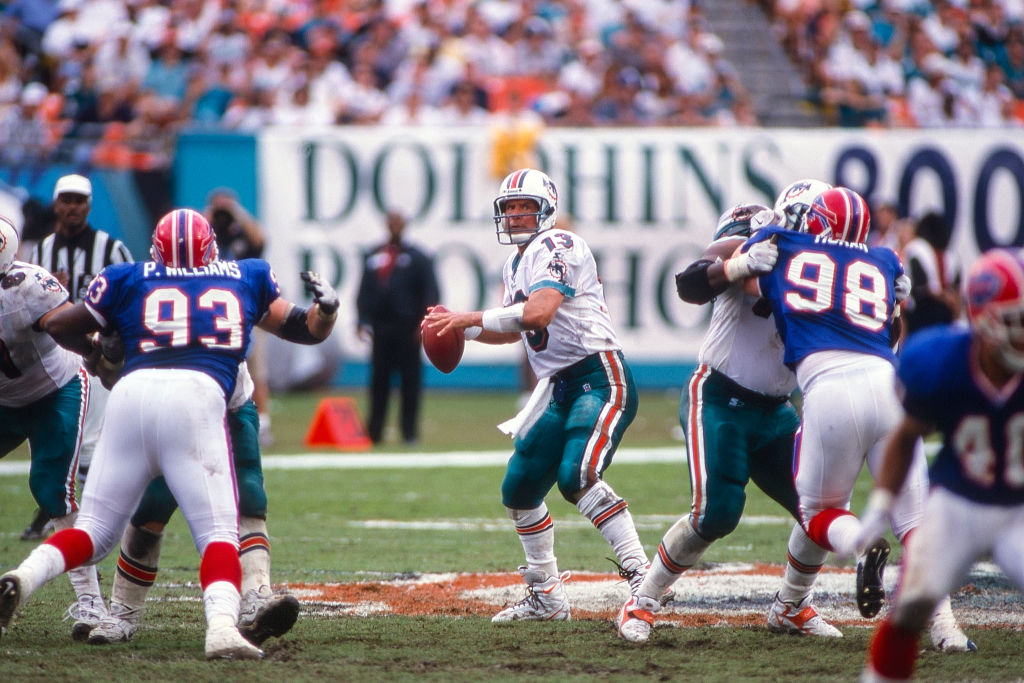 The late 70’s and early 80’s is when football became the most popular spectator sport in America. Many people also say that the beginning of the 80’s in the NFL was the first step towards the modern era of football. Many have tried to challenge the NFL’s dominance of football in America, but even fewer succeeded. Most leagues that try to challenge the NFL never make it to their first game in these new leagues.

As we just talked about, the NFL was the dominant spectator sport in America, and it really had no challenger. However, the forming of the United States Football League, would prove to be the NFL’s toughest competitor for dominance of football in America.

The USFL provided the NFL with it’s longest sustained challenger in the sport of football. The USFL was a competitor with the NFL for three years. The USFL was relatively well financed competitor to the NFL. The USFL also was able to draw some great college players to their league, and managed to score a national television contract. However, the USFL teams and front offices started to pay those big-name players too much money was one of the things that doomed the USFL. The other reason the USFL would fail was that they ended up moving their original schedule, which was played in the spring, to the fall to compete with the NFL head-to-head. Not a smart choice by the USFL. Finally there was a late push that led to the USFL’s demise, and that was the USFL suing the NFL for hundreds of millions of dollars in antitrust damages. While the ruling eventually went in favor of the USFL, but they were still unable to secure the funds they needed to play another season.

There was one year in the 80’s that would change football forever. That year was 1983, and it was when the greatest draft class of quarterbacks entered the NFL. There were six different signal callers drafted in the first round that year, but there were three that made all the difference. Another man who put his stamp on football during the 80’s was Bill Walsh, who was basically the creator of the modern day passing attack, and the west coast system. However, let’s get into some of the greatest quarterback’s to play in the 80’s!

Speaking of Bill Walsh’s newly established west coast offense, Montana was the exact prototype for the type of system. He was perfect for the precise, complex, and short passing game of the west coast offense. On top of skill, Montana was just a winner overall. His 49ers won four Super Bowls throughout the 80’s. Once his career was over he held numerous 49er and NFL records to his name. THe one that might be most impressive is his career quarterback rating of 92.3 is the second best ever, only trailing Steve Young.

Interesting Fact: Montana was voted in for eight Pro-Bowls.

The Broncos selected Elway with the first pick in the 1983 Draft by the Baltimore Colts. However, Elway had told the Colts in 1982 that he did not want to play for them. On draft night, he reiterated that he did not want to play in Baltimore and that there was a real possibility he would play baseball. Not wanting to get nothing for Elway, the Colts traded him to Denver for Chris Hinton, a backup quarterback, and a 1984 first round draft pick. As the story goes, Elway got to the Broncos and was the face of the franchise and the face of the NFL at the time. During his career Elway won two super bowls, one super bowl MVP, and was named to the Pro-Bowl nine times. Elway was the first modern version of a dual threat quarterback. Now Elway is a front office guy who has won a Super Bowl as the Broncos President of Football Operations. After this past season, Elway announced he would be stepping down from his position in the Broncos organization.

Interesting Fact: Elway’s first time being sacked in the NFL came at the hands of legendary linebacker Jack Lambert.

Dan Marino is the best quarterback ever to not win a super bowl. The Miami Dolphins took a flyer on Marino and drafted him with the 27th pick in the first round of the 1983 NFL Draft. During his career Marino passed for over 61,350 yards, with 420 touchdowns to just 252 interceptions. Marino was the modern-day Phillip Rivers, Clearly Elway had a better career, but they both suffered the same fate of not being able to win a Super Bowl.

Interesting Fact: His Number 13 is retired by the University of Pittsburgh

Well folks, that’ll do it for our go around in the 1980’s. Throughout the 80’s you could see football change from year to year. The passing game was now a full on weapon for most teams, and it became harder and harder for the defense to stop the attack. Which is some of what we will get into tomorrow when we go through the 90’s and early 2000’s.