The Fall Of James Harden 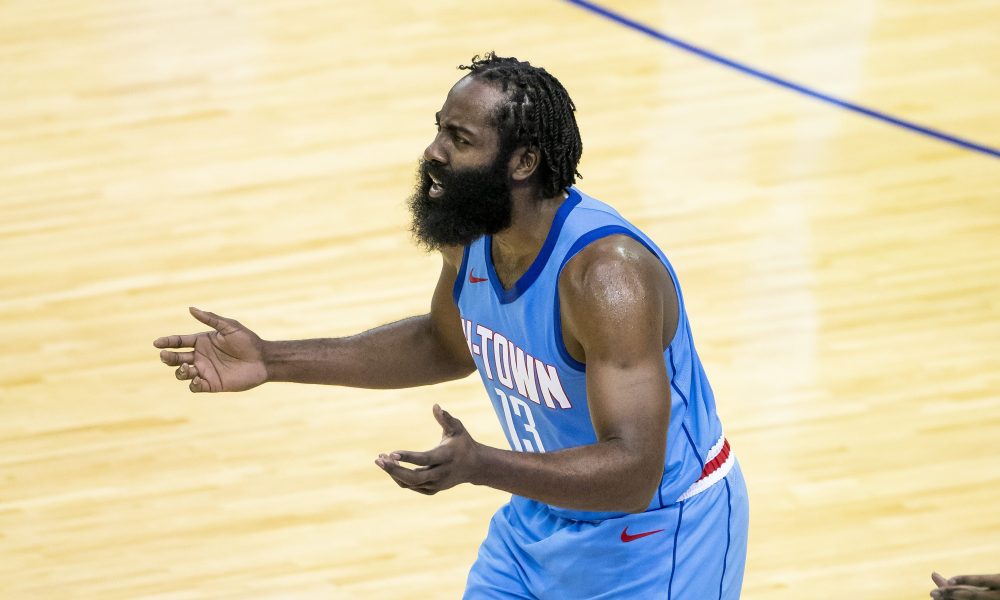 Yes, we can trace it all back to one particular date.

The Houston Rockets had just fallen to the Golden State Warriors’ dynastic team of Kevin Durant, Steph Curry, Klay Thompson and Draymond Green, but it had taken as epic seven games and an MVP effort from Durant, in particular, to get the Warriors past Houston.

James Harden was the Rockets statistical leader, Chris Paul was the floor general, Eric Gordon was as good as any bench player in the NBA and Houston had a fantastic mix of size, length and veteran experience. Getting to the seventh game was an even more impressive feat given that Paul was out due to a hamstring injury.

Unfortunately, that was as close as James Harden’s Rockets would get to the NBA Finals.

Harden’s days in Rockets red are all but officially over, with the team announcing on Wednesday that they will sit him until a trade can be arranged. It will be interesting to see what they settle for, given his incredibly irresponsible behavior. From making a public trade demand to failing to show up for training camp; partying in public while his teammates were putting in the work to finally reporting for duty a good 20 pounds overweight … this has not exactly been Harden’s finest hour.

“I love this city,” Harden said following Houston’s loss to the LA Lakers on Tuesday night. “I literally have done everything that I can. I mean, this situation is crazy. It’s something that I don’t think can be fixed.”

By “everything I can,” Harden seems to mean averaging 17.4 points while shooting 37% from the floor and 25% from 3-point territory, as he has over the Rockets’ last five games. At times on Tuesday night he literally looked like a 50-year-old version of himself trying to compete in the NBA Legends game we used to see Calvin Murphy dominate during the NBA All-Star break. Murphy could probably beat Harden in a foot race these days.

This is not how franchise players behave. This is not how leaders behave. It’s hard for someone who grew up watching the likes of Hakeem Olajuwon, Michael Jordan, Magic Johnson, Larry Bird to remotely respect a player like Harden. It’s even more difficult for someone who spent more than two decades talking to and watching players like Kobe Bryant, Dirk Nowitzki, Brandon Roy, Dwayne Wade, Steve Nash and Tim Duncan go about the business of being tremendous leaders who set a winning tone for their teams and dared anyone to even think about reaching the high impossibly high standards they set for themselves.

That’s what leadership is. Leaders report to camp early and in shape. Leaders lift up their teammates and work to make them better. Leaders make their fans proud to be fans and give their cities and franchises something for which to cheer.

James Harden has failed his franchise in epic fashion.

Wanting to be traded is fine, and to be fair former Rockets GM Daryl Morey made his share of mistakes that have made it more difficult for Harden to compete for a championship. That being said, you don’t make a public trade demand. You quietly let the franchise know you would like to be traded, and you work your butt off to show the rest of the league that you’re worth the enormous asking price the Rockets would have to put on any such trade.

What Harden has done instead is make it nearly impossible for Houston to get value. He’s been a cancer on and off the court, he’s clearly a long way from being able to compete at a high level himself because of his weight, and he’s now throwing his team and his teammates under the bus, which is the last thing anyone should ever do.

Someone will always take a chance on a player like Harden, and the Rockets will find a taker soon enough. What they’ll get in return, however, will most likely set the franchise back for years to come because Harden couldn’t be bothered to behave in a manner that would inspire teams to acquire him at any cost.

“When you have certain guys that don’t want to buy in, it’s hard,” John Wall said after Harden’s final loss in Houston.

Truer words have seldom been spoken. James Harden has proven he is no longer to wear a Rockets uniform…. In more ways than one.