The Fan Lives On 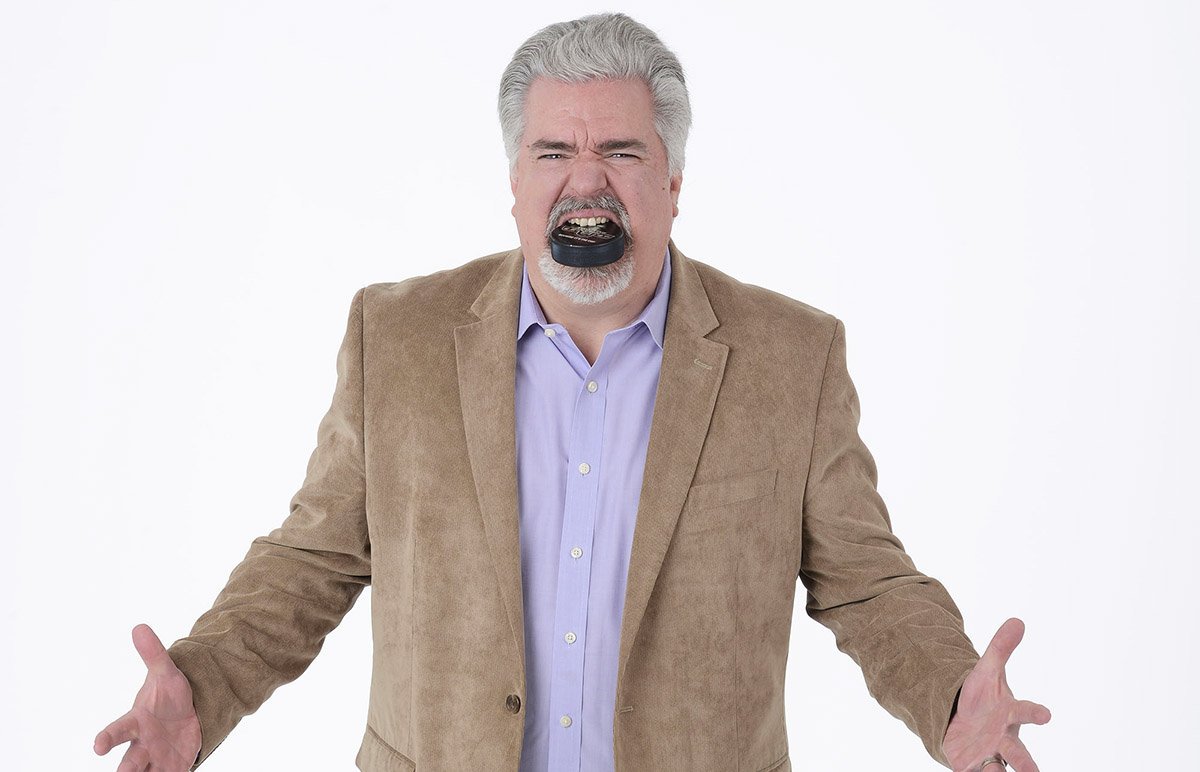 “The fan in me still exists, even after being in the industry so long…To me, it’s never been a job.”

There is a youthful energy in Don LaGreca’s voice, an excitement that transcends his position atop the world of professional hockey analysts and reflects the true fan within.

We are discussing the moment the Stanley Cup was presented to Scotty Bowman in June of 2010. Don was on the ice that night, and as he recounts seeing the legendary coach and current Blackhawks Senior Advisor hoist Lord Stanley’s mug, there is genuine satisfaction in his tone.

Don has come a long way since the day he was cut from his college baseball team in the early 90s and turned to radio as a way to stay involved with sports. From local college radio to becoming the first voice to grace the airwaves of 1050 ESPN Radio in New York, Don has parlayed his love of all things athletic into an impressive career which is now spanning into its third decade.
LaGreca can still be found on ESPN 1050 where he is a fan favorite and station anchor. His work includes Rangers’ broadcasts, Jets pre and post game coverage and of course, working with Michael Kay to cover the Yankees.

With the number of stories he’s got to tell, I struggle to stay on topic. He’s in the middle of describing conversation he and Yogi Berra once had about managing Willie Mays when I finally remember that I came to talk hockey.

After collecting my thoughts and retrieving my jaw from the top of my tennis shoes, I ask Don about his thoughts on the Bruins’ Stanley Cup win over the Vancouver Canucks last week.

While he says Boston was impressive, he doesn’t necessarily believe that the Bruins’ success was solely attributable to their own efforts.

“I hate to take anything away from Boston…but they just didn’t seem like a quintessential champion. I mean, they were a three seed heading into the playoffs, they won their division and they deserved to be in the position they were in… I just lean towards (the fact that) it was Vancouver who withered under the pressure. Boston was just the perfect team to take advantage of it.”

Like many on the hockey world, Don saw Aaron Rome’s late hit on Nathan Horton as the series turning point.

“Once Rome hit Horton early in game 3…it seemed Boston just played the type of game that Vancouver couldn’t handle.”

LaGreca was also impressed with Tim Thomas’s legendary performance, but says he wouldn’t be surprised to see the Bruins goaltender back in the club’s doghouse within the year. He cites factors such as age (Thomas is 37 years old), hip problems, and the strong development of Tuuka Rask as potential obstacles for Thomas in the coming months.

“That has to be one of the greatest single performances we’ve ever seen… but I still wouldn’t be surprised if, in January of next year, Rask takes the job away from him again. That’s the way it is with Thomas’s style of play.”

With Thomas as our starting point, we continue to banter about the playoffs’ strongest performers. We throw around names like Bieksa, Marchand, and Roloson as players whose efforts have earned them a gold star on their post-season report cards.

I can hear the wheels turning as Don patiently fields my questions. Each of his responses is thoughtful and succinct, the kind of sentence I might need two or three cracks at before being able to type properly. His information is great, but it’s his clarity and comfort that really surprise me.  I realize I’m in the presence of a pro.

We then turn our attention to the salary cap. With an approved increase of about five million per team for the upcoming season, I wonder who stands to lose the most. Don rattles off the list of usual suspects, mostly smaller market teams like Nashville, Florida, and Minnesota, but there also a few surprising names on his list.

“Dallas is another big one. They lose Richards…are they going to be able to sink the money that they lose from his salary into replacing him? And even Tampa Bay… Even though they went on the run, can they continue to generate the kind of revenue that bigger market teams do?”

The salary cap winners are somewhat easier to identify. We talk about Philadelphia being able make a legitimate run at a big name goaltender. Having an extra five million to throw at somebody like Bryzgalov could certainly shake things up in the Eastern Conference.

LaGreca also thinks there are a couple of New York area teams who are breathing a little easier with the cap increase, including the New Jersey Devils.

“That’s a team that was in cap hell last year because of all the money they’re giving Kovalchuk. Maybe now they go out and find that defenseman they’re looking for. And of course, the Rangers can maybe go out and get (Brad) Richards now.”

Speaking of the Rangers’ situation, I ask Don about his thoughts on the possibility of Jaromir Jagr returning to the NHL.  Jagr, of course, has been in talks with several teams exploring a potential return to the league. Clubs on his short list reportedly include Detroit, Pittsburgh, New York (Rangers) and Montreal.

LaGreca believes Jagr could be just what the doctor ordered for a Rangers team that struggles at times to compete for the lime light in a saturated New York sports market. He mentions the Jets going to back-to-back championship games, the Yankees perennial playoff appearances, and the Knicks signing of Carmelo Anthony as just a few examples of the constant distractions facing the Rangers’ marketing team.

“It’s tough to compete in the New York landscape without a good team that has stars you can really sink your teeth into. I mean, the Rangers are a good story. They go to the playoffs, but who’s their star? Is it Henrik Lundquist? Can you sell a goaltender? Jagr coming back here would probably get a lot of people excited and generate some buzz on the back sports pages.”

And if there’s anyone who knows about generating a buzz in sports media, it’s Don. Having helped usher in the modern resurgence of sports talk radio, he has been on the front line of the technology revolution since ESPN 1050 first launched in 2001. I asked him how he feels about satellite and internet technology reviving the once fading medium.

“Now, the sports exist 24/7,” he continued. “It’s really made the industry more competitive and more interesting.”

So how does he keep up with an ever-evolving industry? For most fans, developing a knowledge base of any single sport can take a lifetime of fandom. Yet Don manages to not only follow, but professionally cover three major sports.

“I don’t really (take an off-season),” he laughs. “I guess right now, in the middle of summer, things slow down a little bit up until football starts.”

“Although, sometimes I do wonder, if I just watched hockey…would I be better at it? But then I have to shake my head. I love all the sports too much to do that. Sometimes you’re spread a little thin, but that just means you have to work harder.”

It seems like a simple solution, but it also seems to be working out just fine for Don LaGreca. He has all the sporting knowledge in the world and a smooth demeanor that was custom-built for talk radio, but it is his passion and genuine love of sport that separates him from the rest of the pack.

Although he has probably logged enough hours watching sports to have completed three PhDs, the real secret has been choosing a career that simply does not feel like work.