The Field of Dreams Game Will Be Back Next Year, But Will it Work as Well 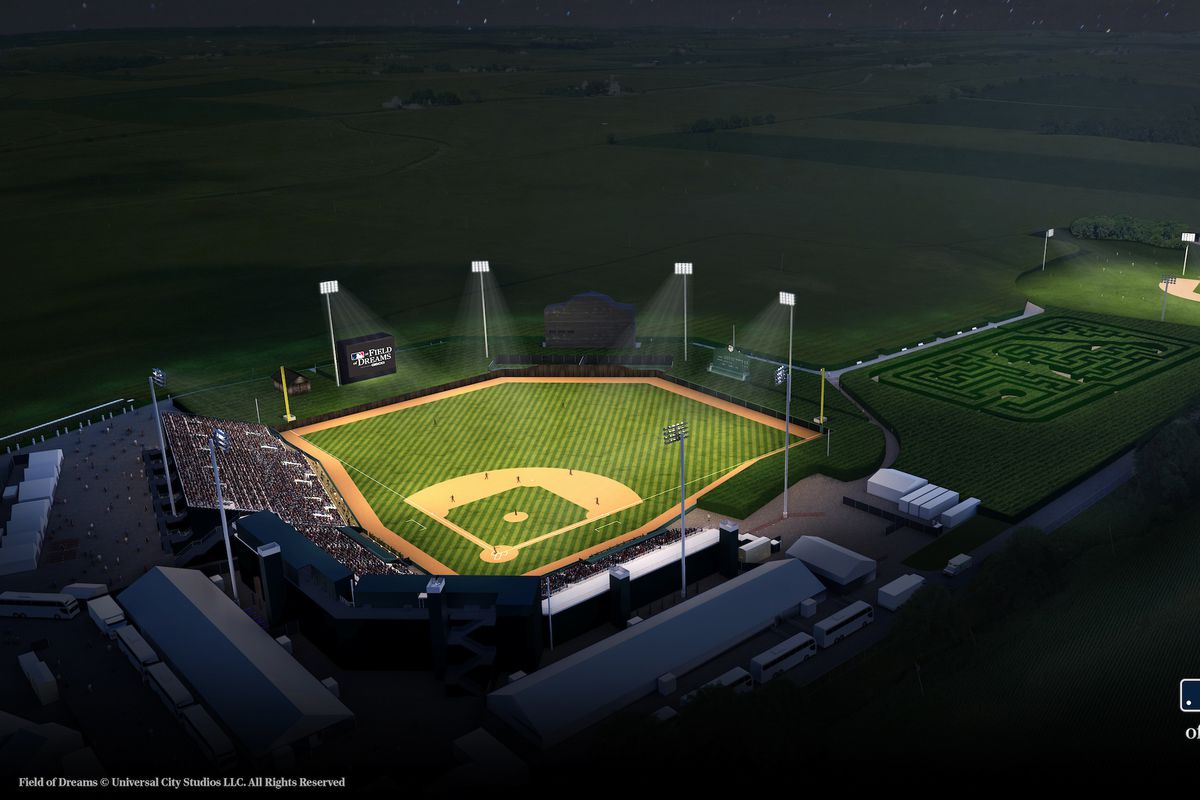 This summer’s Field of Dreams game was a smashing success, so MLB has announced it’ll return next season, but it may not live up to the hype.

The Field of Dreams game finally came into existence this season. After being originally planned for 2020, Major League Baseball was able to hold their first-ever Field of Dreams game a couple of weeks ago. There was a lot of hype built around this game, as well as uncertainty. Some thought the game would be gimmicky and tacky, while others figured it’d bring out baseball’s nostalgia. Truthfully, the complex, field, presentation, and game itself could not have been any better.

To bring this famous movie to life, MLB decided to schedule two extremely historic ballclubs. The New York Yankees and Chicago White Sox. Little did they know, when this game would finally happen, the importance of such a series. The White Sox were holding a comfortable lead in the weaker American League Central. Whereas, the Yankees were finally kicked things into gear after a disappointing first half.

The matchup was almost as great as the scenery. If you missed out on this remarkable game, BackSportsPage’s own Benjamin Schneider wrote a phenomenal piece breaking it down. Furthermore, this game’s beauty started with a bang because of the chills-inducing entrance. This long, tear-jerking video set the bar high for the game… and it was only raised from there.

The success of the experiment cannot be overstated. Every aspect of this game was executed to perfection. However, with such an ideal inaugural year, can next year possibly live up to it? Moreover, the Field of Dreams game was the most-watched regular-season game in 16 years. However, the six million tuning in was not for the opening ceremony. Instead, it was later on when the game itself became much more intense.

Therefore, whether the ultimate success of this night was attributed to the idea or the matchup is unsure. Clearly, a big reason for its’ popularity was due to the hype around it, but this excitement and interest could easily die off. During the game, Kevin Costner, star of the film, joined the broadcast booth and addressed the environment in Dyersville, Iowa. He discussed the feeling being much more tradition-based rather than gimmicky.

Although it did truly feel that way, next year may be different. The first-time excitement will have faded and the matchup likely won’t be as impactful or eventful.

In 2022, the second rendition of the Field of Dreams will be between the Chicago Cubs and Cincinnati Reds. While both these teams are located near Iowa, thereby increasing local fan interest, the talent level is significantly lower. The North Side just finished demolishing their entire World Series roster. Cincinnati has had an intriguing season, but still appears to be out of the playoff picture. The good part of next year’s battle is it being a late-in-season division faceoff. While I seriously doubt these teams will be fighting for the division’s lead, it is a possibility.

Additionally, the Yankees and White Sox host numerous big-name star players. Aaron Judge, José Abreu, Giancarlo Stanton, Tim Anderson, are just a couple of the star-studded cast. Comparatively, the Reds are the only team next year with any big-name talents. Not to mention the DH will be missing as well. Therefore, despite the beautiful setup and feel we got this year, 2022 could be a whole lot different.

Major League Baseball has held another entertaining regular-season game in recent seasons. The fourth ever Little League Classic is about to take place. While this idea is still innovative and interesting to watch, the ratings have seen a slow drop since its’ original in 2017. Therefore, a similar trend could be seen in Iowa, especially if the games are between weaker teams.

While I am very happy MLB is running it back in Dyersville, I fear it could ruin its specialness. Similar to that of a movie sequel, the original could and likely will be the best.