The Hottest Team in the NBA: The Philadelphia 76ers 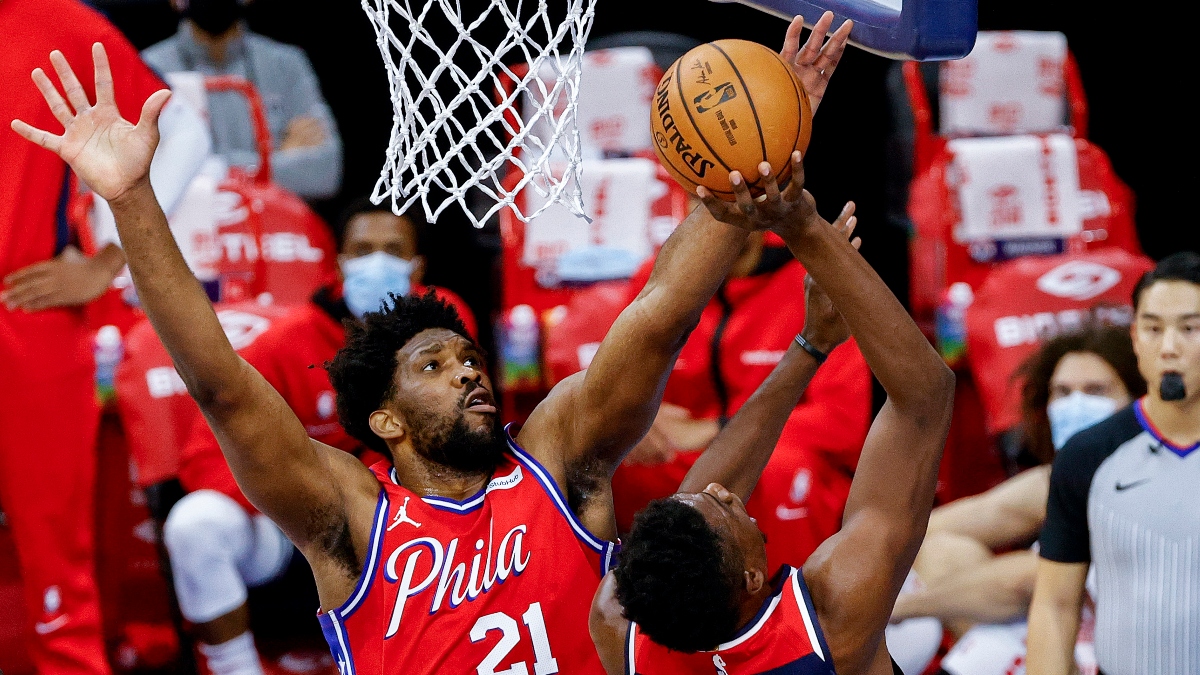 If you recall the end of last season, the 76ers were doomed. The Process had failed. Ben Simmons sucked. Joel Embiid was barely a top center. Letting J.J. Redick and Jimmy Butler go ruined the franchise. Al Horford and Tobias Harris had albatross contracts that put the 76ers in a hole that would take years to dig themselves out of. The team construction was a disaster. A new rebuild was imminent.

What a difference a competent front office can make. The 76ers are the brightest star in the NBA sky right now, the hottest team in the league. They are an NBA best 7-1, and just came off an exhilarating win versus Bradley Beal and the Washington Wizards despite Beal’s historic night. The 76er’s played immaculate offense all game and clutch defense at the end. They’ve done this all year and under new coach Doc Rivers the team is firing on all cylinders.

Daryl Morey and the Perfect Offseason

Where did the hottest start in the NBA come from? Honestly the architect of this turnaround was President of Basketball Operations Daryl Morey. I’ve written about his offseason before, but I’ll say it again for those in the back. His first year in charge has been majestic. He got rid of Horford’s massive contract and picked up a crucial piece in Danny Green. He also snagged Seth Curry in another trade, and Curry has been worth every penny. Beyond his obvious three point shooting and spacing, he’s been incredibly effective as a secondary playmaker and ball handler alongside Ben Simmons. Not only does this let Simmons roam as a cutter, it also in general keeps the ball moving quickly and effectively.

Dwight Howard has also been a fantastic pickup. He doesn’t play a ton of minutes, but he spells Embiid effectively when he needs a break. More importantly, he’s been an incredible teammate. He’s taken Simmons and Embiid under his wing. Simmons has said “I think for me, the one person that sticks out is Dwight. That’s more, so just him being vocal and being a leader. You know, he’s a vet and has been in this league for a while, and he’s had different experiences. He’s gonna be huge for us.” Howard has also been incredibly supportive off the bench; he’s constantly hooting and hollering with a huge smile on his face. The 76ers are having fun, and Howard is a big part of that.

The Doctor is In

Just as key as the player acquisitions has been the change in coach. Doc Rivers has improved the offense. The players look confident and are moving the ball around constantly looking for open shooters. They are acting quickly and decisively and you can see that in their play. Having a better roster helps with that, but the players look like they’ve bought in. The defense, which was already a strength of the team, has also improved. They’re 1st in defensive rating in the league, despite giving up 136 points last night. But River’s greatest contribution might not be what he’s done for the team, but what he’s done for one specific player in Tobias Harris.

Maybe it shouldn’t come as a surprise, considering Rivers was the coach during Harris’ breakout with the Clippers. But after two disappointing years with the 76er’s, Harris looks really good. His improved play has been the catalyst for the NBA’s hottest team. Harris’ shooting numbers have been astronomical and are due for a regression, but if he can keep it at his Clippers levels (which would be a decent drop from what he’s doing now) he’ll be all that the 76er’s need. His efficient scoring and improved defense makes him a perfect third fiddle to Simmons and Embiid, the one that the 76er’s hoped for when he signed his max deal.

Speaking of Simmons and Embiid, in general they’ve been their usual top tier selves. As much as Embiid and Simmons get flak, they are both multi-time all stars and are keeping it up this season. Their season averages are about the same as before, which is not a problem. We see little improvements here and there. Embiid seems to be more aware of double teams and has improved his passing out of them. He has a better sense of where his teammates are, and is more willing to give it up. The general space around the two seems more open, and the 76ers are better built to take advantage of what both can do. This makes Simmons and Embiid play more smoothly and cleanly despite their numbers being fairly similar.

There is one potential game-changer in the works. We all know Embiid’s conditioning and late game effectiveness has been in question. But we saw a different Embiid last night. He dominated at the end of the game scoring eight straight that gave the 76ers the lead for good. He also played tough defensively, coming down with three steals and three blocks, including one with three minutes left to go during his 8-0 run.

It won’t be sunshine and rainbows all year. A lot of key 76ers like Harris and Curry have been unnaturally hot from deep which will come down. They’ve also had probably the easiest schedule in the NBA. The Knicks have been better than expected, but the Raptors have been worse. This leaves the 76ers with just two games against teams with winning records. Of course with so few games the 76ers are a decent sized chunk of why those teams have losing records, but many of the teams they played so far were expected to be near the bottom of the league. They face one of their first true tests tonight against the Nets. Then again there is a good chance Kevin Durant won’t be available for the game, so we may have to wait some more time before the 76er’s face real adversity.

Still, the 76ers have the best record in the NBA and it’s not smoke and mirrors. The newly constructed 76ers fixed so many of their issues in the offseason, especially the shooting and spacing. They’ve also improved on their already top tier defense. The 2021 76er’s have been elite on both sides of the ball so far and are playing with energy and swagger. The Process may come to fruition yet.