The International Impact of the NHL 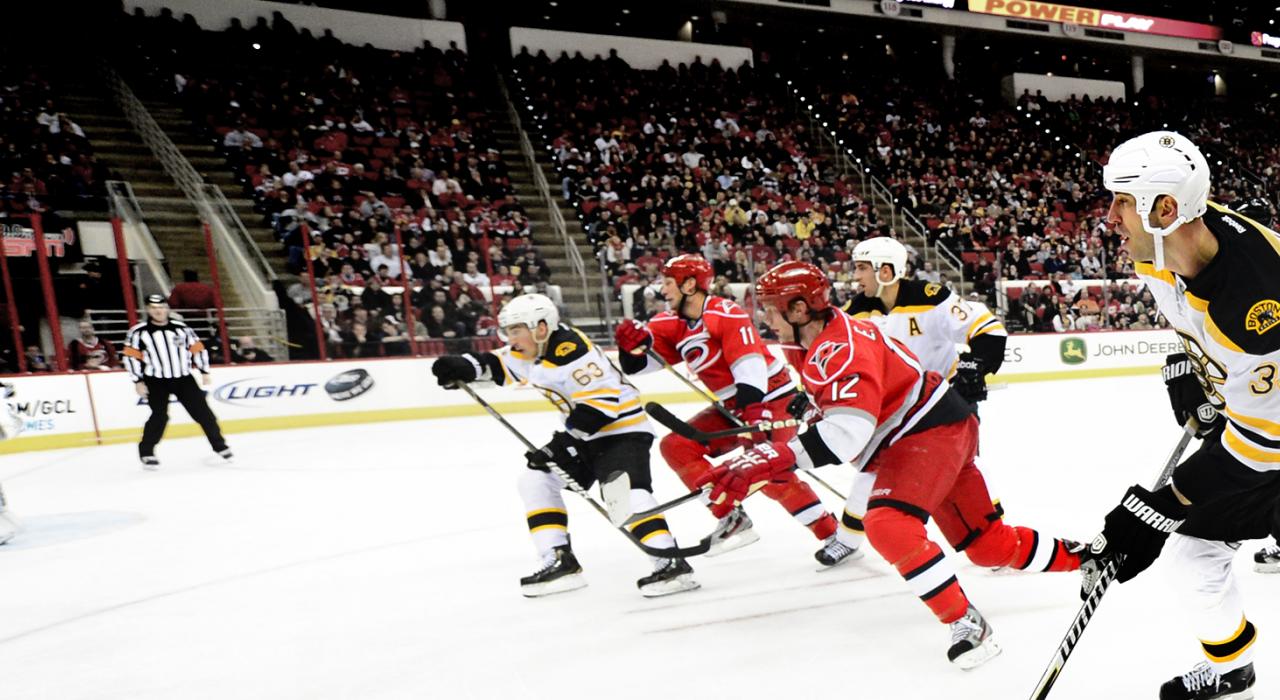 The National Hockey League seems like it’s in a bubble. More specifically a North American bubble. While we as North American fans and followers of the league can imagine there being international fans, it’s hard to comprehend. I conducted interviews with three international NHL fans via social media to explore what the international hockey community longs for and how they experience the beautiful game.

First, we go to Brazil with 18-year-old Samara. Sam mainly roots for the New York Islanders but she also cheers for the Colorado Avalanche. Sam started watching hockey at the beginning of this year. “I’ve never watched any sport that wasn’t football, you Americans call it soccer, I suppose,” she wrote. So she started to watch several different sports (F1, hockey, basketball, etc.) until she liked one, and that was hockey. Sam lives in a small city, so she doesn’t see hockey enjoyers there. But in Brazil there’s a big hockey community, usually in Rio de Janeiro, Curitiba and São Paulo that are larger cities. “I feel lonely sometimes, because here people focus a lot on football. But at the same time I made friendships with Brazilian hockey fans on the internet, so it’s not that bad. It’s crazy to cheer for a team that doesn’t represent your city/country at the beginning, because you don’t have that feeling of belonging. But then when you meet people that love the sport too and you interact with them (even if it’s online), the feeling starts to grow.” In watching hockey in Brazil, Sam explains that it can be difficult with technical issues.

To Sam, we as North American hockey fans take for granted that natural feeling of belonging; the fact that we can watch games in person and, of course, the price of the jerseys and other merchandise, which is very expensive in Brazil due to taxes. I asked Sam what she would change about international hockey to which she replied, “Maybe recognition? I mean, we have a great social media team here in Brazil that posts about hockey and the NHL to Brazilian fans, they even write articles, they’re professional journalists. But the league hasn’t recognized us yet. Plus, I wish hockey was more recognized in Brazil too. We don’t have professional hockey teams here.” For the fun question, I asked each person if they could have dinner with any NHL player dead or alive, who would it be? Sam replied Mitch Marner or Trevor Zegras, who she claims seem cool. Hopefully the Brazilian hockey community will grow and maybe one day we’ll see a growing hockey fandom alongside soccer in Brazil.

Next, we go to the United Kingdom with 17 year-old Quinn from England. Quinn follows the Montreal Canadiens, Vancouver Canucks, Detroit Red Wings and Pittsburgh Penguins. Quinn got into the Habs because one of the hosts of his favorite podcasts is a die-hard fan and he got really invested in the team as a result a few seasons ago. The rest of the teams he got into because they just happened to be on TV at normal times and he watched their games whenever he could. Quinn said he doesn’t know anyone in his area that likes hockey at all, let alone any of his teams. “It’s weird because it’s popular where I live to wear jerseys for American and Canadian sports teams so even though I’ve seen the odd person wearing Canucks jerseys I don’t actually know if it’s because they like the team or if they just think the jersey looks cool,” Quinn wrote. “It does mean that I don’t have anyone to talk to about my teams, which can get kind of lonely, but I’m lucky to have a few friends here that live in the UK and like hockey because most days I feel like the only one.”

The isolation of being an international fan can also come with difficulties in watching the game itself. According to Quinn, it’s very hard to actually stream NHL games in England. There’s only one streaming service which plays games. It’s not cheap and before this 2022-23 season they only played one game from each conference each night. Now at least they get them all. When you are able to watch the stream, almost all of the games are between midnight and 6 AM due to time zone differences. So if you have to get up and do stuff the next day you can’t really watch the games anyway. According to Quinn, some things North American NHL fans take for granted are not having to stay up all night to watch a game. Quinn hardly gets to watch Canucks games unless they’re playing in the East Coast because he can’t stay awake long enough to watch the West Coast games. Other than that, having people around you that also like the sport is something that many international fans wish they had. “Living in a rural part of a country that isn’t very big on hockey makes me wish I lived in a city in North America with an NHL team just so I could experience really get to experience the culture around the sport- it’s just not the same only getting that through your phone.”

Luckily for Quinn, there are hockey teams in the UK and the area to follow. Quinn follows the UK leagues – The Cardiff Devils (EIHL) and Swindon Wildcats (NIHL). Quinn also loosely follows the KHL too – CSKA Moscow, Amur Khabarovsk and HC Torpedo. But, he hasn’t been watching any KHL games since the invasion of Ukraine since he doesn’t feel comfortable giving the league money through streams since it is a Russian league even though the players and coaches don’t have a say in the war. When asked if he could change anything about being an international NHL fan, Quinn replied that he doesn’t think he’d change a thing. “As much as I complain about time zones stopping me watching all the games, it makes it sort of special when I do manage to and I definitely appreciate it more than if i was able to watch any game.” If Quinn could have dinner with any NHL player he chose Igor Larionov since he must have interesting stories to tell.

Next, we go to Dhaka, Bangladesh with 17-year-old Fariha. Fari’s main team is the Penguins but she also band-wagoned with the Avalanche during last year’s playoffs. She got into hockey at the start of the 2021-22 season. Fari knew someone online who works for the Tampa Bay Lightning media team and she used to post about hockey all the time and would talk about it and she would see her friends talking about the games on Tumblr and Twitter – mostly about Sidney Crosby, so she started following along with them and then started watching games from the beginning of the season. “My friend tried really hard to get me into liking the Bolts but that just never happened. Turns out I like my team a little more on the geriatric side and a little more dramatic,” Fari said about picking her fandom.

Ice hockey is pretty much unheard of in Bangladesh so there’s no other fans of NHL that Fari can relate with. “It does get a little sad at times because the most prominent sports are football (soccer as Americans say) and cricket. The games also start around 6 AM local time so it’s mostly just me in my room watching a game quietly, trying not to wake anyone up by screaming at the screen,” Fari wrote. But Fari is really happy to have the internet hockey community that she can engage with during the games and the fandom in general. “It’s filled with some of the sweetest and funniest people so I don’t always feel left out while enjoying this sport.” Bangladesh doesn’t have channels that broadcast NHL games like Sportsnet, so Fari has to depend on third party streaming sites which are a massive help, but also unpredictable because you never know when they could go down. However, Fari doesn’t face any difficulties with the language as most people in Bangladesh are fluent in English and have been speaking the language since childhood. Fari thinks North Americans take for granted having the chance to experience a hockey game in person and see your favorite players in action. “I’m not sure I’ll be able to witness my favorite players play in person before they retire even once, which is heartbreaking.”

Fari also tries to follow Premier Hockey Federation (PHF) but it’s quite difficult given it’s already lack of coverage, and also due to the fact that the streaming sites available don’t stream PHF games. If Fari could change one thing about being an international hockey fan she would make it more accessible. “Speaking solely as an NHL fan, I think the league takes for granted just how many international fans there are from the UK, Australia, and Asia. They should be utilizing that growing fanbase and make the other parts of the games, like voting for the All Star and more, accessible to everyone,” Fari explained. Hopefully the NHL improves international accessibility in the coming years, providing more ways for the international hockey community to interact with the sport and the league. If Fari could have dinner with any NHL player, it would be Evgeni Malkin since she thinks they would get along well.

Lastly, we go to Indonesia with 24 year-old Aubrey. Aubrey is a huge Boston Bruins fan. At first he fell in love with the Bruins jersey but what really made Aubrey get into the Bruins is their core leadership culture. Aubrey is also into the Rangers because “when you love New York, you gotta love the Rangers too.” Aubrey knows fellow Indonesian hockey fans online. He found them on one of the replies to a Bruins Tweet. “I was like “Wait, that one Tweet in Indonesian” then I just started following and messaging letting them know. Through them I found there is quite a handful of NHL fans from Indonesia.”

To Aubrey, it’s much harder to keep up with European soccer than NHL hockey, since soccer is on at midnight local time and hockey is on at around 6 to 7 AM when he usually wakes up. There is not a language barrier since he has been consuming English speaking media since he was a child. What Aubrey thinks North American hockey fans take for granted is their jerseys. “When someone throws or burns their jersey out of anger, it really upsets me. The Reverse Retros for example may be produced here in Indonesia, but I can’t just go to the store to buy it and the shipping price from U.S. cost the same price as the jersey itself.” It seems that merchandise prices is a problem for international buyers that maybe the NHL can combat by opening NHL stores at different locations internationally. If Aubrey could change one thing about being an international fan it would be to not be an international fan anymore, since he wants to see the games live. If Aubrey could have dinner with any NHL player, it would be with Zdeno Chara since he has a lot of questions about his training journal.

Based on these interviews with three international fans, the international hockey community longs for more streaming accessibility, a larger international fandom, easier merchandise access, and acknowledgment from the NHL. Whether the NHL will one day deliver these promises is hard to say, but one lesson you should take away from these accounts as a North American hockey fan is to respect your jersey.