The Journey of Monty Williams 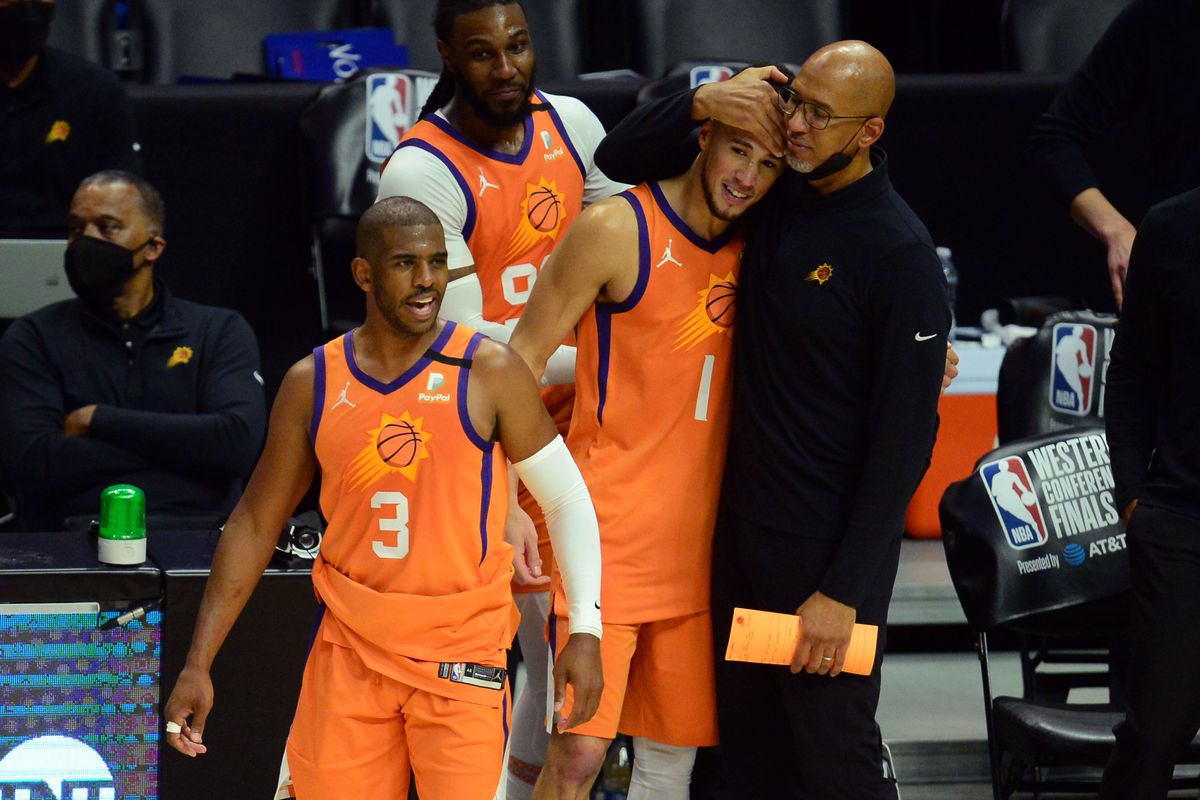 After winning the Western Conference Finals, head coach Monty Williams will be coaching in his first NBA Finals. Williams has been an NBA head coach for seven seasons and this is only his second year with the Phoenix Suns.

“I’m unbelievably grateful for the blessings that I’ve received as a coach,” said Williams after Game Six. “To be able to win a game like that is huge for the organization and the city… I’m just so thankful God has given me the job I have and I get to work with the people I work with.”

Although he had some success prior to this season, Williams’ NBA coaching career has not been easy. He started as an assistant coach in Portland for the Trail Blazers under current Atlanta head coach Nate McMillan. He was there for five seasons and the furthest Portland made was the first round of the playoffs.

Things changed for Monty when he was hired in the 2010-2011 season as the head coach of the New Orleans Hornets, where he got the chance to work with star point guard Chris Paul. Williams led this team to a 46-36 record and a spot in the playoffs where they would lose in six games to Kobe Bryant and the Los Angeles Lakers. Paul was then traded to the Los Angeles Clippers in the offseason. However, Williams created a strong bond with Paul in just one season that carried over even as they both left New Orleans.

“When I first had him in 2010 and he went on to actually come here.., in your wildest dreams, couldn’t put it together in this way,” said Williams. “To watch him out there tonight, I was so grateful to be on his side.

After Paul left, Williams faced tough times. In four seasons that brought in talented players such as a young Anthony Davis, and eventually, guard Jrue Holiday, the Hornets had an overall record of 127-185 and only made the playoffs once in the 2014-2015 season. The organization decided to move on from Williams after that season.

Only a year later when he was an associate head coach in Oklahoma City, tragedy would strike  Williams and his family. His wife of 20 years, Ingrid Williams, would pass away from a head-on car crash with a driver who had methamphetamine in his system. Williams’ wife died in 2016 at the age of 44.

Monty Williams would not work in the NBA again for two years after that.  His next coaching spot would be as an assistant coach in  2018-2019 with the Philadelphia 76ers. He would only be there for a year when the Phoenix Suns made the decision to hire Williams as their head coach,  a decision that has worked out.

In his first season as Suns coach, he helped the Suns qualify to play in the NBA bubble but just missed out on making the playoffs.  Although Phoenix missed the playoffs, they finished 8-0 in the bubble, a feat no one expected from the final team to qualify. Williams and the Suns built off this momentum from the bubble, and in just a little under a year later they are now headed to their first NBA Finals in 28 years.

“You’re just grateful for being in these moments with people you are seeing every single day,” said Williams, “it’s hard to describe it in the moment.”

Monty Williams is the type of coach every team wants for their organization. Not only is he a great xs and os guy, he’s a players coach. Every player, coach or even teammate that has crossed paths with Williams will tell you he treats his team like family. After the game and the Suns winning the west, cameras showed Williams embracing almost every single player on the team. In the NBA, a coach that focuses on himself never leads to success. Williams proved it’s the coach who actively cares for his players and coaching staff that will lead to winning.