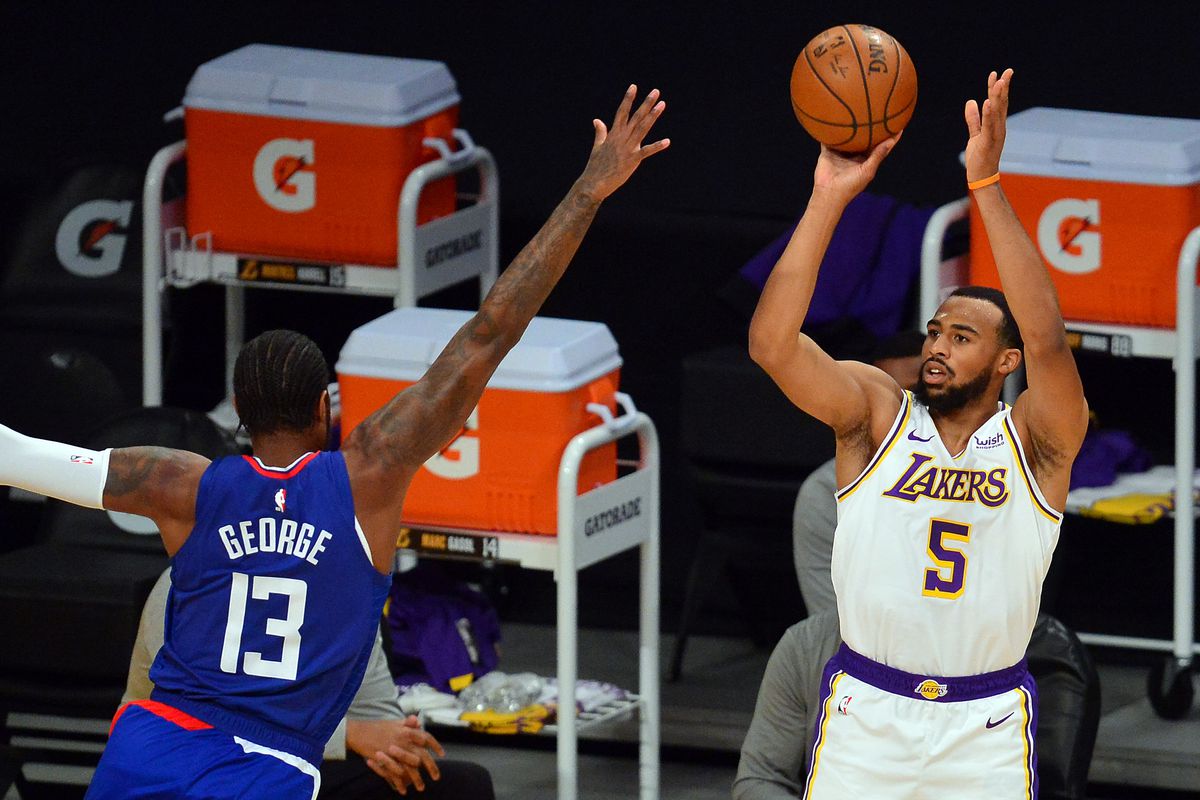 Lakers fans saw flashes of THT’s potential while in the Orlando Bubble. Most specifically the last few games of the regular season and in Game Four against the Houston Rockets.

The Iowa State product has elite level length and knows exactly how to use it. Standing at six-foot-four, Horton-Tucker has a staggering seven-foot-one wingspan to his advantage. In other words, he is able to pick off passes, block shots and rebound at an efficient rate.

As a result the 20-year-old took the assignment of defending both Kawhi Leonard and Paul George during the games. Even stripping Leonard in the half court and knocking down a catch and shoot three afterwards.

Should Horton-Tucker continue his play into the season, it gives the Lakers another weapon at the wing position. In the event of any injury, THT should step into that role with the slightest of ease. Coach Frank Vogel has expressed his thoughts on THT, saying that they want to put to the ball in his hands more in different sets. Not to mention that he has LeBron James in his corner for advice.

James has taken Talen under his wing, communicating with him constantly throughout the game. Whether it be showing him the oppositions weak spots or giving advice on how to attack the defense. In addition, Horton-Tucker shares the same agent as James, Rich Paul, and is also apart of Klutch Sports. The Lakers found themselves a gem in last years draft.