The Memphis Grizzlies are Ready to Embrace Their Youth Movement 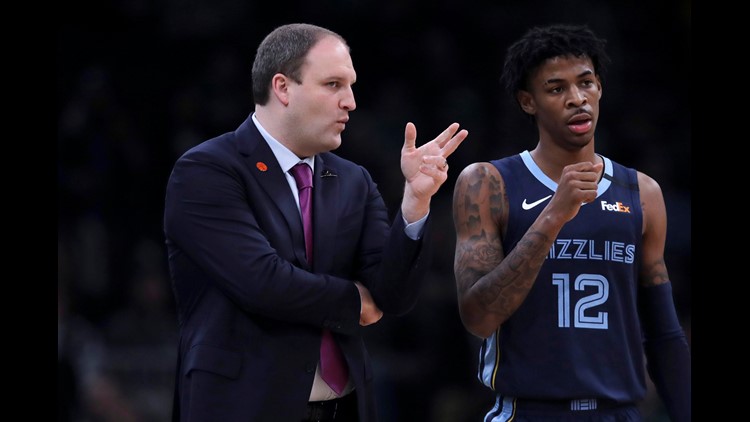 The Memphis Grizzlies look primed to make a playoff push this year. With players like Ja Morant, Jaren Jackson Jr, and Brandon Clarke all looking to take a step forward, their combination of athleticism and switchability will have opponents waking up in cold sweats the night after facing them. Hell, they were knocking on the door of the postseason last year–swing a play-in series and Morant and company would’ve stared down the Lakers as the eight seed.

There’s just one problem: making the postseason almost always requires some degree of experience. Of the players on the Grizzlies, only three have an NBA tenure longer than five seasons (Jonas Valančiūnas, Mario Hezonja, Justise Winslow). Moreover, only two of their players have played in more than five playoff games: Winslow and Valančiūnas. With a wealth of young players needing to adjust to the pace of the NBA game and physicality of the postseason, the youth of Memphis’ roster has forced head coach Taylor Jenkins to get unconventional. Given the lack of veterans on his squad, the Wharton school grad plans on fostering mentorship across positions. “It’s not just bigs take care of bigs, guards take care of guards”, he noted after the team’s first practice, “our guys are together”.

Additionally, the Grizzlies will be calling on younger players to help ease their rookies through their first year in the league. Jenkins noted how sophomore players such as Morant, Clarke, and John Konchar are all keenly aware of the importance of getting support as a rookie–having just gone through their first season, it’s clear he imagines the three of them stepping up as mentors from an off-the-court standpoint. However, Morant may as well be the leader of this team at the ripe age of 21. “Me and 12 do a lot of the communicating”, noted Tyus Jones, the team’s second string point guard and fourth most experienced player at 23 years of age. As for Morant, it’s clear the reigning rookie of the year wants to lead by example. “It’s still a long season”, Morant said, “and we definitely got a lot more work to do”.

That’s not to say expectations are unreasonably high on the rookies. Morant showered TCU grad Desmond Bane with high praise after their initial scrimmage, noting his confidence in Bane as a knockdown shooter. For his part, Jenkins made it clear that he intends to ease rookies into his system, rather than immediately throw them into a trial by far. He’s been making a habit of taking time after practice to review schemes with the team’s young guns, and places the responsibility of mentorship just as much on the shoulders of the coaching staff as he does the players. His goal? “Push them to seek out the right people”.

In a league often measured by numbers rather than improvement, Jenkins’ attitude is not only refreshing, it’s backed by science. Studies have repeatedly shown that embracing a growth mindset leads to better performance, increased effort, and even stronger memory. Given that he’ll be coaching 14 players under the age of 24, Jenkins may very well weaponize the mentality of growth to build a squad capable of unleashing havoc on the NBA’s best squads in a few years. That being said, the Grizzlies showed last year that they’re already capable of making waves. With the team looking mentally locked in for the season ahead, don’t be surprised to see them surprising most fans by stamping their ticket to a postseason birth come May.