The Memphis Grizzlies Have a Sixth Man Problem 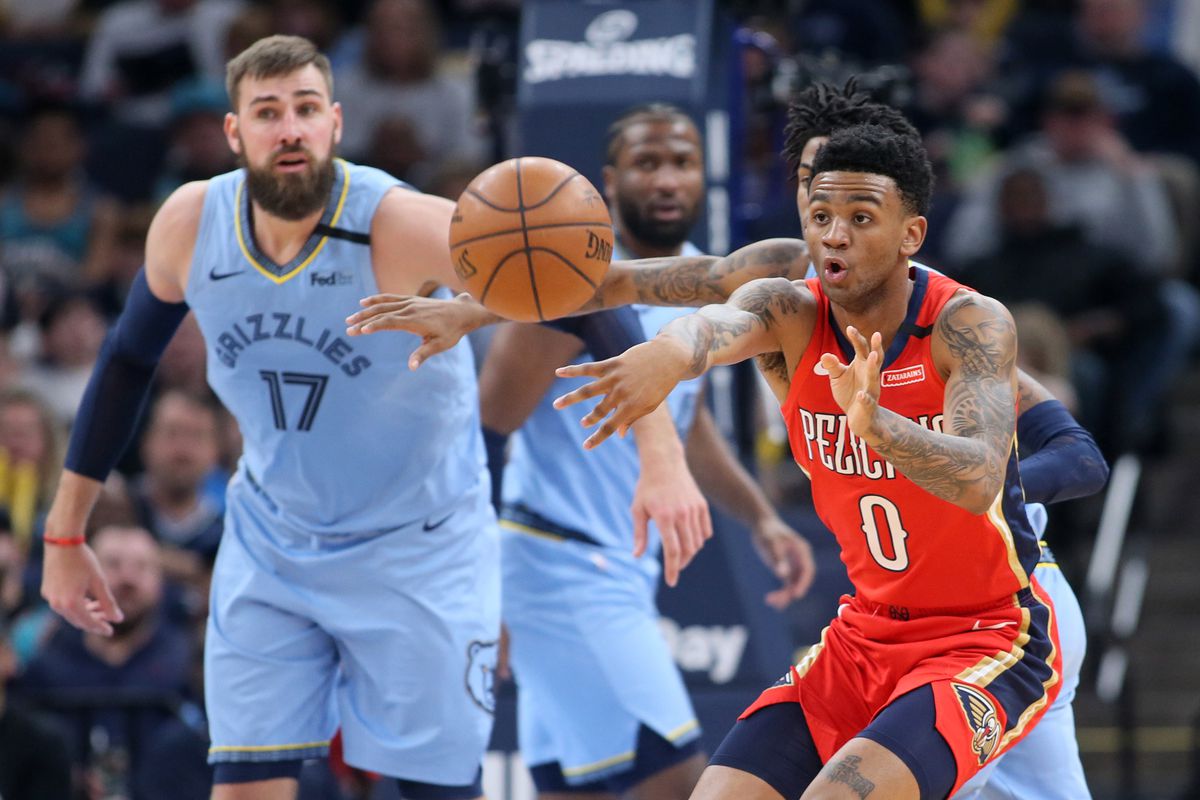 Critics have been speculating on the state of the Memphis Grizzlies’ bench for a while now. Over the last month, it’s been made no secret that reserve production has been down in Grind City, scoring far less over that time span than they had all season long. We’ve all heard the theories: the return of Justise Winslow and Jaren Jackson Jr. have thrown off roles and rotations, young guns are hitting rookie walls, every ounce of energy has been sapped by the team’s breakneck schedule, etc. I’ll spare you a rehashing of the ideas you’ve probably heard before.

That said, there’s a hidden side to Memphis’ bench problem that isn’t being widely addressed. When analysts break down the struggles of the team’s reserves are viewed almost entirely through an offensive lens, focusing on the second unit’s scoring as the sole metric of productivity. Make no mistake, the Memphis Grizzlies have a bench points problem– their opponent’s. In each of the team’s last seven games, at least one opposing player has scored 15 or more points off the bench. In that section of game, it’s happened a mind-boggling total of eleven times.

It’s not like they’re exactly getting sliced up by a murderers row of opponents, either. Solid sixth men in Jalen Brunson and Jordan Poole have had their outings, but…Jalen Harris? Justin James? Louis King?

Teams that are ready for primetime simply don’t get in the habit of letting unheralded players go off in meaningful ballgames. Going into the most important contest of the season against the San Antonio Spurs, patching up this weakness will be a paramount checkbox for survival. As such, let’s check out some commonalities of the Grizzlies’ bench woes to address before it’s too late.

First of all, if you look at the list of names that’ve tortured the souls of Grind City off the bench, a positional trend begins to emerge. Of the aforementioned ten players (James accomplished this feat twice), seven of them have come from combo-style shooting guards, players who are skilled at both slicing their way inside and punishing defenders from long distance. Perhaps due to a lack of time to read the scouting reports, the Grizzlies haven’t done the best job respecting that skillset.

Take this James floater as an example. They’re giving him almost no respect on this coverage–Morant lags behind the play while Valanciunas is too busy worrying about the screener, allowing a shot that’s virtually uncontested.

As another example, Morant clearly hasn’t read the scouting report on Harris, who’s shooting 47.2% from deep in his time in the NBA. Look at how lackadaisical this defense is! Morant sags waaay off of his man as Toronto brings the ball up, and Ja is damn near an entire second late getting around the screen.

Unfortunately, poor screen navigation has been a consistent shortcoming of the Grizzlies’ bench over their most recent stretch. This is probably where fatigue becomes a major factor–when you’ve played 38 games in 60 days, running around endless picks is probably the last thing you want to do. I’m sure it doesn’t help that the team’s guard depth has been plagued by injury recently, meaning players used to logging 15 minutes per game now have to pick up 25+. Still, that dynamic rears its ugly head whether the team likes it or not.  More often than not, it leads to possessions where, despite the miss, defenders as proficient as De’Anthony Melton get absolutely lost trying to cover a shooter.

The other demon of the Memphis Grizzlies’ bench defense is their tendency to botch pick-and-roll coverages. Keep in mind, these are combo guards we’re talking about–you have to be at your best when they’re attacking off screens. Instead, miscommunication has been the teamwide norm. A simple ball fake from Nickeil Alexander-Walker gets Jackson nearly out of his shoes on this possession, and Brandon Clarke is too busy playing the halfway game between the paint and the corner to actually impact a shot in either location.

Grizzlies opponents are even throwing veterans completely off the scent in their pick and roll game. The following play may just seem like a good shot, but look closely. Jackson drops too far off the pick and roll and bumps into Kyle Anderson, throwing him off the course of his man and opening up a perfect window of space for Terrance Davis to nail a triple.

This is where I give some credit to the theory of tweaked rotations. Given that Memphis is rolling out lineups that hadn’t seen the court together for over a year, it makes sense that an observer could notice some growing pains as players reorient themselves. Additionally, a disproportionate amount of those coverage errors seem to come in plays involving Jaren Jackson Jr. It might initially be frightening that a franchise cornerstone is oft implicated in these errors, but don’t fret! Remember that Jackson himself is just coming back from an injury, and thus having to adjust to new schemes almost completely in-game (I believe Taylor Jenkins noted that the team hasn’t had a full-on practice since March 11th). Once that context fades away, triple J should be just fine.

Finally, I think the team’s defensive lapses can also be chalked up to a product of turnovers. The Memphis Grizzlies are excellent at turning their opponent’s lapses into good shots, but lately it seems that the opposition has flipped the script on them. Team-wide turnovers are up from 12.0 per game in April to 14.2, allowing for faster opponents to make a living racking up buckets in transition. Unfortunately, a large part of this uptick comes from the bench. In May alone, De’Anthony Melton is averaging 1.6 turnovers per game, Jackson logs 1.7 per contest, Xavier Tillman coughs up the ball 1.3 times per frame, and both Desmond Bane and Winslow normally contribute a whoopsie as well.

This weakness may prove fatal when the youthful Grizzlies clash with a San Antonio team that’s one of the most disciplined in the league. Aside from the Spurs’ unmatched focus when it comes to the turnover battle (they commit the second fewest in the league), the Pop-led dynasty also wields multiple threats to flame Memphis off the bench. Devin Vassell and Rudy Gay are both patented scorers, and Patty Mills has scored 10+ each time he’s matched up with the Grizz–a warning sign, to be sure. If the team manages to keep those three to single-digit scoring, it should be smooth sailing for the fearless bunch. Slip, however, and the Memphis Grizzlies might very well be headed for a second consecutive disappointing exit.