The Memphis Grizzlies Need to Stop the Pick-and-Roll: Here’s How 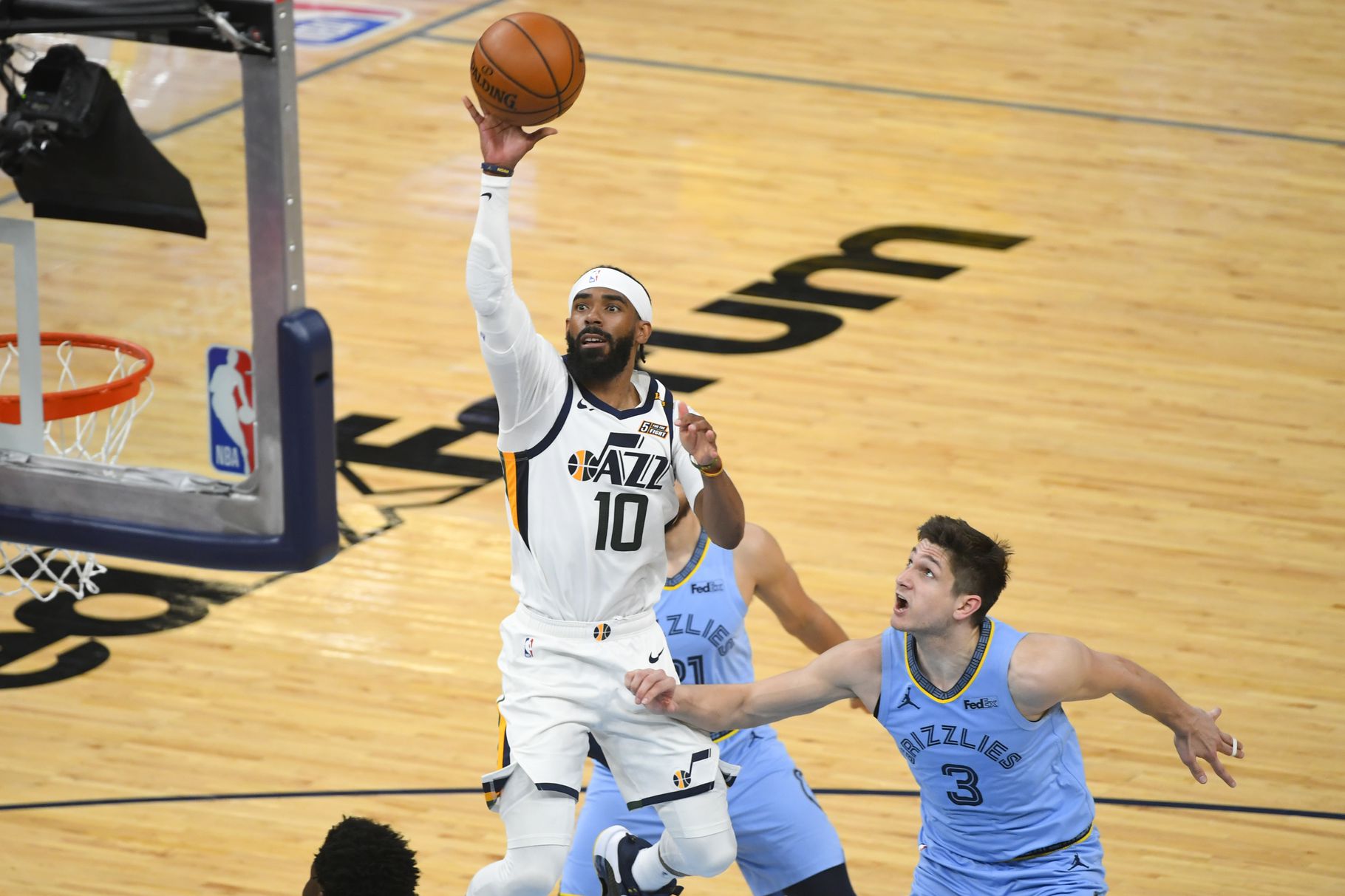 In a Game One upset, the Memphis Grizzlies caught the Utah Jazz completely off guard with their trademark brand of smash-mouth basketball en route to a 112-109 victory. Panic ensued. NBA fans worldwide swarmed the internet to poke fun at the West’s Number One Seed (who were playing without Donovan Mitchell), journalists flocked to diagnose Utah’s shortcomings, even Kendrick Perkins came out the next day declaring the Grizzlies were going to win the series.

We’ve all been through some adversity in our lives. This is nothing short of human nature–to some extent, to live is to struggle. And when people struggle, the overwhelming response tendency is to look towards the familiar. Whether it’s the unchanging embrace of a pint of Ben and Jerry’s, your favorite Kid Cudi album, or a drive around your hometown, we tend to turn to what we know when the going gets tough.

Though the Jazz aren’t a monolith, they certainly aren’t an exception to basketball’s psychological principles, either. After dropping the first game of the series, they too oscillated towards an old comfort to push through the team’s on the court adversity. The Jazz have been running pick-and-rolls like nobody’s business over the last half-decade, so it should be no surprise that in Games Two and Three, nearly every possession came with at least one ball screen. Given that Utah put up a combined 262 points in those games, the Jazz’s old standard poses a major problem for the Memphis Grizzlies.

Though you might think that Utah’s effectiveness in the pick-and-roll stems from their seasoned ball-handlers, I’d advocate that the entire machine revolves around Rudy Gobert. The Grizzlies have made the public acutely aware of their take on the legality of his screens, but it’s his level of athleticism that poses enormous problems. Gobert’s not typically thought of as one of the NBA’s premier physical specimens, but both laterally and vertically he’s got Jonas Valanciunas beat. Memphis’ centers can’t get downhill in parallel with the Stifle Tower, which makes a dunk, the basic target of a pick-and-roll, into a viable threat from all angles

As the dunk is the most efficient shot in basketball (I won’t give you my rant about pullup threes on fast breaks), Memphis has tailored their coverages around preventing as many jams as possible. Unfortunately, as my ninth-grade theater director told me, “for every action, a reaction”–in basketball terms, if you protect against one shot, you open up opportunities for another. In terms of the Grizzlies defense, securing the roller opens up consistent opportunities for runners galore (which Memphis, who lead the league in floaters, should know well). Unfortunately, both Mitchell and Conley can get to those shots with ease– Conley’s been in his floater bag for over a decade, and Spida shot 51.4% from floater range this year.

Unfortunately, that same dynamic extends to shots from the three point line. Since Memphis consistently goes under the pick and roll, dropping Valanciunas to compensate for Gobert’s superior athleticism, Utah can both get and hit threes off the dribble whenever they want. Both members of the Jazz backourt hit wide open threes coming around picks during crunch time, though that may not even be the team’s most consistent weapon around the arc.

“[Gobert] sets wide screens,” said Grayson Allen, “and a lot of times the guard on the ball has to try to be physical, but then they have the move to stop right there when you’re being physical and draw that foul as you’re trying to fight over a really good screen. It’s a very tough cover.”  Indeed, since Memphis’ guards are typically the only defenders anywhere near the ball, there are ample opportunities for Utah to generate crunch time free throws by taking advantage of a scrambling defender. The Jazz shot five free throws off pick-and-rolls in the last two minutes of Game Three, including a set of three charity shots off a shot attempt from distance.

So, how do you contain such a malleable threat? At least in theory, the Grizzlies seem to know the answer–variety. “We just got to keep them on their toes,” said Jaren Jackson Jr. “Just making the adjustments will mess them up, mess up their coverages, mess up a lot of stuff. Coach got us, he knows what to do.” To give the Grizzlies some credit, they’ve at the very least dabbled in throwing a smattering of coverages at Utah’s ball handlers. In the following sequence, Kyle Anderson uses his basketball savvy to cut off Conley’s release valve.

Though switching won’t be a viable strategy due to the athleticism difference described above, Memphis occasionally takes a page out of Golden State’s bool, ‘tagging’ the ball handler–in this coverage, the Grizzly covering the screener stunts out to the ball handler in a temporary switch, then sprints back to revert the matchups. While JV’s inability to keep up with Mitchell and Conley on the perimeter renders this decision an exercise in risk management, tagging has been fruitful in moderation, allowing Memphis to occasionally catch Utah by surprise.

Speaking of surprises, the Memphis Grizzlies almost flipped Game Three on the following turnover. It may not seem like it, but this sequence is chef’s kiss-worthy coaching work by Taylor Jenkins, holding this card in his back pocket for nearly an entire three games. Up until this possession, I don’t think the Grizzlies double teamed a ball handler once. When Memphis finally broke the seal, it worked to perfection. Seriously, Donovan Mitchell has no clue what to do on this sequence–he even turns the ball over twice, stepping out of bounds before yeeting the ball over the opposite sideline.

However, the team has been far too inconsistent at throwing Utah off balance. While Memphis will flash some standout coverages, the Jazz are still far too comfortable in their pick-and-roll game to be slowed down. Having just given out points like Halloween candy, the Grizzlies know that defending the Jazz will require downright perfection going forward. “We’re about to play them a fourth time,” commented Allen.  “[By the] fourth game against an opponent you gotta be locked in on everything you do defensively…you should know all personnel, all tendencies, and then execute every coverage properly, know every play. All that scouting has to go up another level.”

Make no mistake, the Memphis Grizzlies’ success will hinge on a pick-and-roll defense that has been, to date, shoddy at best. However, don’t get too pessimistic about their chances going forward. As one of the league’s youngest teams, Memphis has made their name off flexibility and fearlessness, adapting a bend-don’t-break mentality that’s fueled the success of their regular season. “Every game is a learning experience,” preached Jackson after Game Three. “Every game you can take something to the next game and add to it…there’s no time to dwell on anything, you just learn from everything, take what happened, look at it, and you make adjustments. That’s all we gotta do” If the Grizzlies are able to heed the wise words of their third-year big, don’t count them out in a crucial game four.