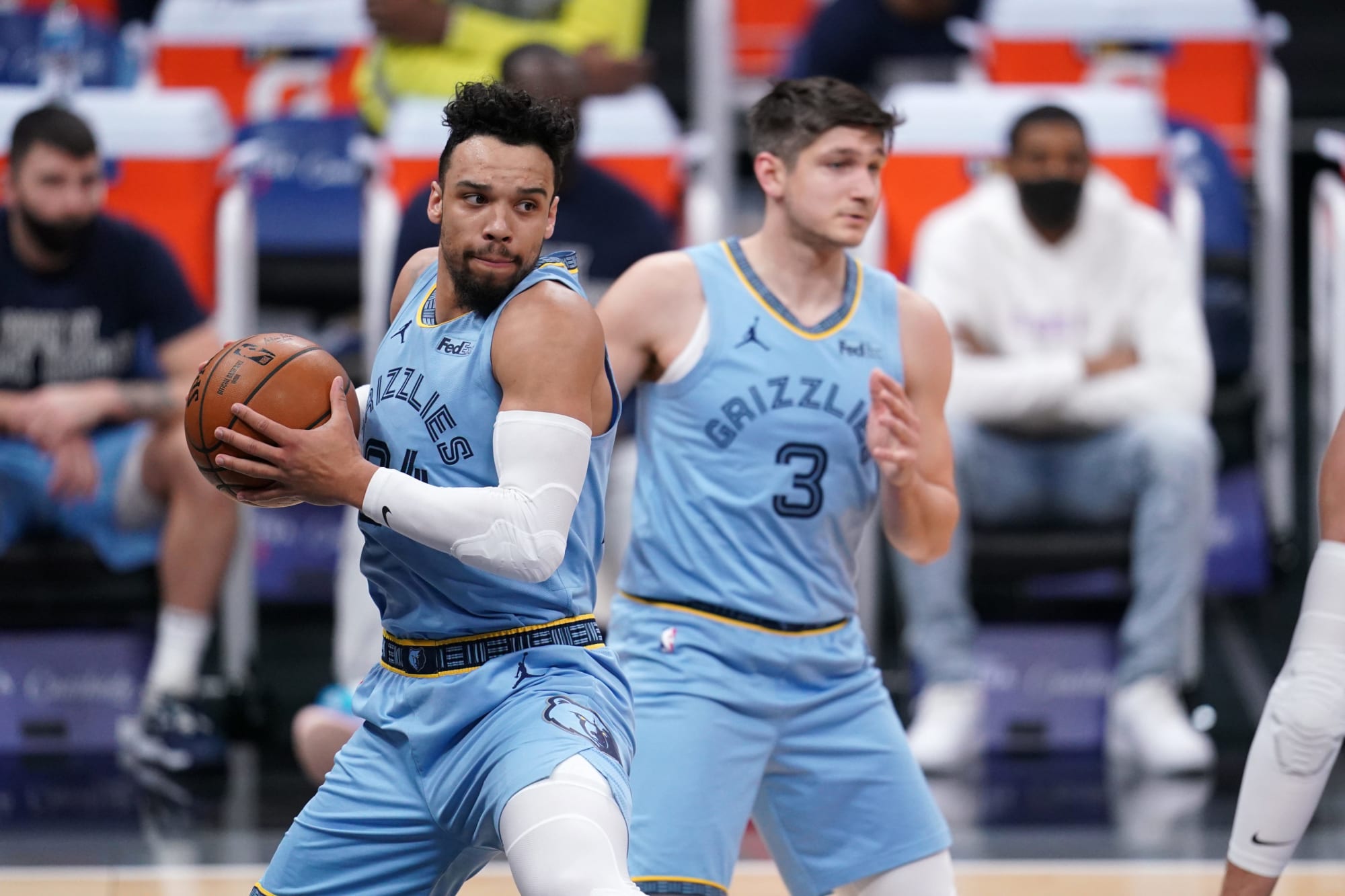 It’s said that variety is the spice of life, and judging by the amount of lineups the Memphis Grizzlies have had to wheel out this season, the team might want to start asking Sriracha for a sponsorship. Though the Grizzlies have only started seven different lineups (around league average), their poor injury luck has forced them into a neverending state of shifting rotations. Of the 17 active players on the team’s roster, only two of them have suited up for each one of the team’s 24 games. However, that’s not necessarily a negative for Memphis’ coaching staff. Taylor Jenkins was adamant that one of his goals for the season was ‘data collection’–a series of experiments to figure out how to best utilize his players. One might imagine that navigating an unending list of injuries has only sped up that process.

In the middle of his lab, I imagine Jenkins had a scientific epiphany, not unlike the moments before a legion of chemists discovers a new element. As the Grizzlies began the season on a tailspin, one might’ve guessed that the secret to success laid in taking the franchise in an opposite philosophical direction. Instead, Jenkins dug deep in his bag to affirm his decision to stay the course, reverting the starting lineup to the exact same fivesome as opening night. To his credit, the move has sparked a renaissance–the lineup of Ja Morant, Grayson Allen, Dillon Brooks, Kyle Anderson, and Jonas Valanciunas is now +25.6 per 100 possessions, by far better than their mark from last season. Let’s delve into the success of that fivesome, and discover the reasons behind the starting lineup’s improvement.

Not to be too philosophical, but this might just be a case of Occam’s Razor. For those of you who aren’t big fans of philosophy (I don’t blame you, I took one political science course and ran for the hills), it’s a concept stating that the answer often lies in the simplest solution. In this case, the remedy is experience. According to Cleaning the Glass, the starting lineup played a mere 28 possessions together last year, as compared to 189 in the present season.

Now that they’ve gotten a chance to gel, the players in the starting lineup are fully in sync with each other, allowing for better execution. “I think everyone individually is finding their rhythm, finding their role, finding their spots”, said Grayson Allen after Wednesday’s win. “That’s the success that the first group has found with us out there, everyone knows the spots that they get to, everyone knows what each other does and the spots that other people like to get to, it makes it easier to share and find guys.”

Meanwhile, a few key advents have helped pull the starting lineup into elite status. Most notable is the arrival of Kyle Anderson, full-time four. Slow Mo has demonstrated pretty much all of the qualities you’d like in a modern day four. For one, his playmaking has continued to improve during his stay in Grind City, ratcheting up to 3.8 assists per game. Though he’s always been a solid passer out of the triple threat, the team is beginning to employ him as an off-the-dribble playmaker to great success. I damn near jumped out of my seat with elation as I watched him handle the rock here– even though the shot doesn’t fall, Anderson creates a chef’s kiss-worthy look.

Anderson has also improved nearly every facet of his game as a scorer. He’s always been effective at utilizing his length and unorthodox pace to open up looks from inside the arc, but he’s noticeably started to leverage his underspoken strength to get to the rim. Zion Williamson has around a 30 pound advantage here–watching this finish, you’d have no idea.

Then of course, there’s the shooting. Over the last seven games, Anderson’s been rolling from distance, shooting a red-hot 47.2% on threes. He’s not the only Grizzly to catch fire over that stretch either. Dillon Brooks’ three point shooting has improved by over five percent, and both Grayson Allen and Jonas Valanciunas have recently been shooting over 50% from deep. With such a smattering of hot hands, it’s no wonder the Memphis Grizzlies’ starting lineup is among the most formidable fivesomes in the league.

Finally, let’s address the All-Star candidate in the room. It’s taken a while for Morant to return to form after going down with an ankle sprain, but 12 is looking better and better each game. While Morant’s three point shooting has lagged, the spacing around him allows him to focus his energy on the rim, where Ja has been adding to his already bountiful bag of tricks. As the season’s progressed, he’s gotten a lot better at picking his battles in the paint, rifling passes away or even cashing in on floaters when the situation demands it. As if that wasn’t enough, Morant is slowly getting more comfortable leveraging his athleticism into deadly cuts away from the ball, resulting in easy buckets like the following:

With one of their roughest patches of schedule coming up, it’s high time the Memphis Grizzlies’ starters get battle-tested. While their first five ranks in the 92nd percentile of all lineups, they’ll get to face off with some of the league’s most statistically eye-popping lineups over the next week. For example, Phoenix’s Chris Paul/Mikal Bridges/Cameron Johnson/Jae Crowder/DeAndre Ayton lineup ranks in the 96th percentile, and the Clippers’ recent starting lineup of Lou Williams/Terrance Mann/Kawhi Leonard/Marcus Morris/Ivica Zubac is a whopping +45 per 100 possessions. With a few more wins under their belt, the Memphis Grizzlies could claw their way back into the playoff standings and cement their starting lineup as one of the best in the league. The competition is tough, but Memphis is called Grind City for a reason. What better place for iron to sharpen iron than in the FedEx Forum?