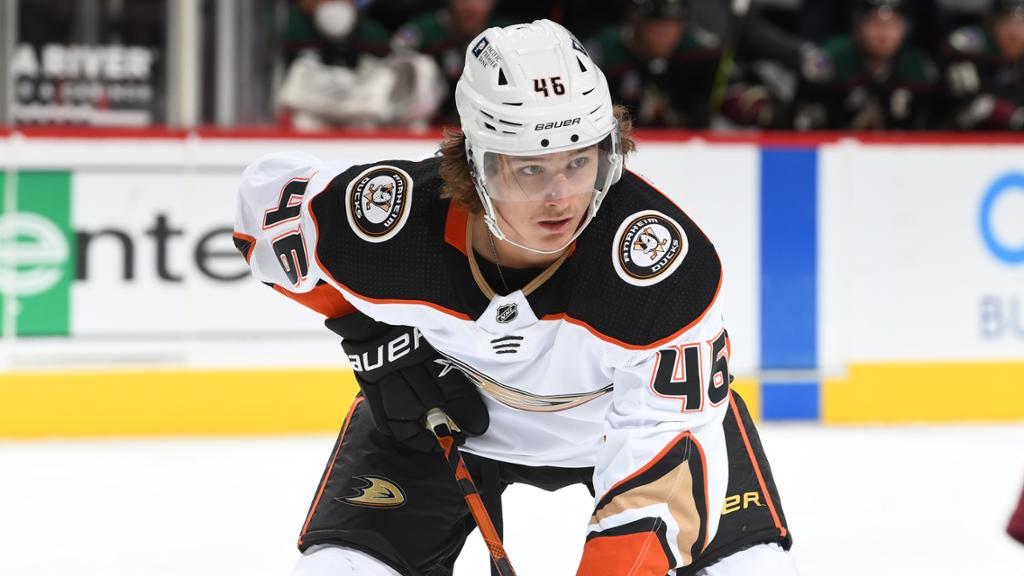 In a 1996 NCAA University of Michigan game against the University of Minnesota, then 21-year old Mike Legg scored one of the most unique and influential goals in hockey history in which he picked the puck up onto his stick behind the net and wrapped it around into the top corner of the net.

Dubbed ‘The Michigan’ or a ‘lacrosse goal,’ the goal was widely recognized around the hockey world and Legg was awarded “Goal of the Year” by Inside Hockey and the stick he used was donated to the Hockey Hall of Fame. It has since been attempted by many NHL players such as has since been attempted by many other players, including Ryan Getzlaf and Tyler Ennis. The first successful NHL attempt of this move came from Andrei Svechnikov of the Carolina Hurricanes, scoring against Calgary Flames goaltender David Rittich. Svechnikov managed the endeavor a second time against the Winnipeg Jets, scoring on goaltender Connor Hellebuyck. Although drafted by the New Jersey Devils in 1993, Mike Legg unfortunately did not make it to the NHL.

Throughout his career, he played for Finnish minor leagues, as well as various ECHL teams.

‘The Michigan’ requires intense hand-eye coordination and impeccable timing. Typically, the goal starts behind the net. The player picks up the puck on the blade of the stick and controls it like a lacrosse player cradling the ball. Then the player lifts up the stick and tucks the puck around the post and into the top of the net, past the back or shoulder of the goaltender. There are variations of the goal, but all share the same general principle. Hockey players typically are taught to race around the net to try to beat the goaltender to the opposite post. But when that happens, there is often a small opening above the goaltender’s shoulder. If a player can lift the puck off the ice and deposit it through the opening, it could translate into a crafty goal, which is what makes ‘The Michigan’ so rare and impressive. “It is a wave of the up-and-coming [players] who have been practicing it and tuning it up across the world,” Legg said. “Really neat to see. I love it.”

Legg, who is now a firefighter in British Columbia, said he always gets a flood of texts or calls whenever the move is accomplished. “I still don’t have that, “Oh, that’s my goal — that’s mine,” Legg said. “It is just so cool to see the different versions of it. I see it every time something new comes up and the new versions and how to do it and how it is evolving.”

‘The Michigan’ propelled in popularity thanks to Trevor Zegras who set his own version of the goal in January. The 20 year-old went viral earlier this season for a highlight-reel assist earlier in the season, when he put the puck on his stick and flipped it over the net to a teammate, who batted it in for a spectacular goal. Following this, Zegras took center stage again with his “Michigan” success. All in one smooth motion, he took the puck away from a group of defenders, skated behind the net, picked it up on his blade, then scooped and flipped it in, over the right shoulder of Montreal goaltender Sam Montembeault.  Looking back at the goal weeks later, Zegras still wasn’t sure why he wanted to attempt the move. He mostly just thought it would be fun to try. He said it was just “one of those things I’ve always been drawn to, kind of like the cool play, the extra play.”

Svechnikov’s triumphant ‘Michigan’ goal came in October 2019. He said it came naturally. He had time and space behind the net and simply thought, “Why not?” He pulled it off again two months later. “It is a game-changer,” he said. “It is just so fun and more exciting when you score that type of goal. I feel like it is a skill game,” Svechnikov said. Goals like this improve and grow the game, making it more fun and unique not just to watch but to play as well.

Big Blue Report: Easy Schedule Could Cause Concern For The Future
Blockbuster Trade: Tkachuk to Florida for Huberdeau and Weegar