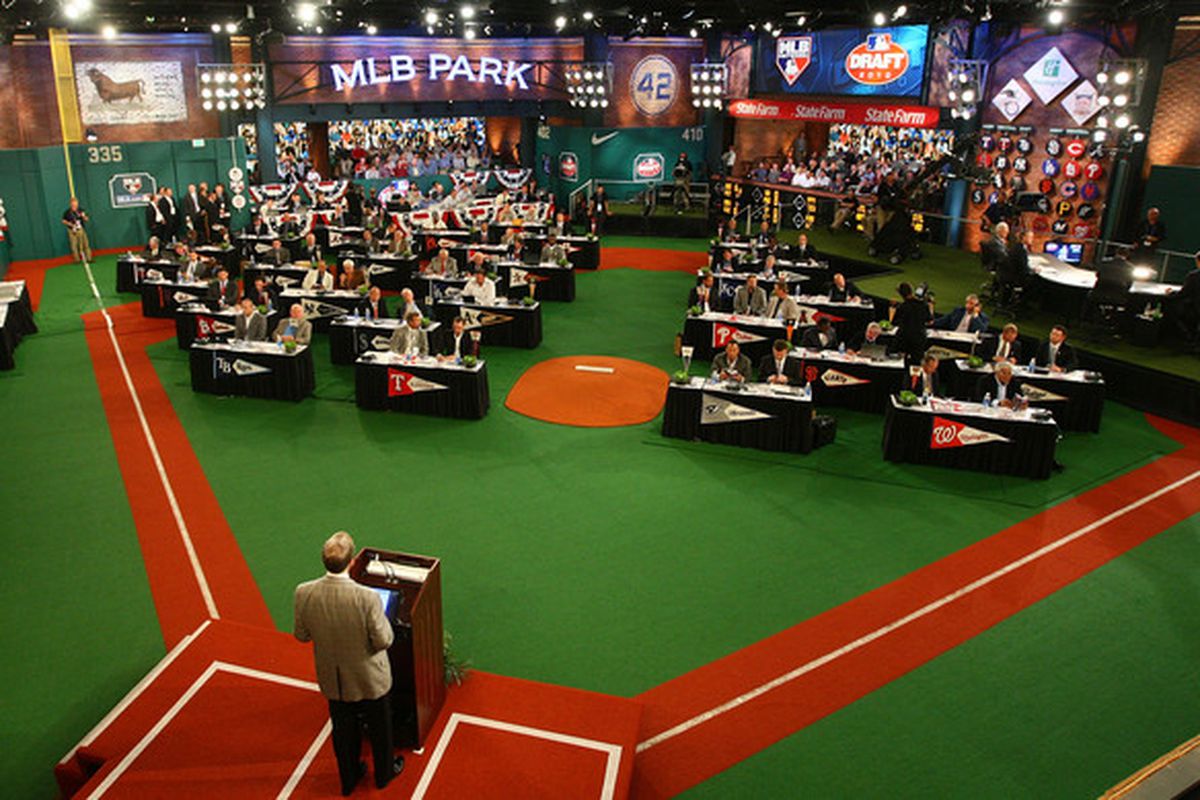 The MLB Draft had an abundance of young talent oozing with potential, but the unpredictability of it all led to some surprising selections.

In a busy week of baseball events, the MLB Draft can easily be overlooked. The impact these selections will ultimately have on the future success of their franchise is tremendous. However, baseball’s draft is immensely different than other professional sports in several ways.

The inclusion of high-school athletes makes scouting much more intense and increases the pool of players to choose from. More players mean more rounds and there are a whopping twenty of them. Additionally, despite not having draft day trades, predicting baseball’s draft order is extremely difficult to do, especially with slot value considerations.

Benjamin Schneider wrote a great draft preview earlier this week and gave an even better explanation of slot-value considerations. Slot value considerations are essentially when teams draft lower-ranked players earlier on in order to offer them less money than the pick’s maximum value. With such a long draft, teams must consider the payroll of the entire draft and save money for later rounds or to offer high schoolers more money to skip college.

This year’s draft stood out from others in not having a clear-cut top prospect. Benjamin Schneider did his best to make some predictions, but the most accurate claim he made was to expect the unexpected. However, what teams do fully expect is their top players becoming future stars in the league. Here are the top four draft picks and some interesting trends relating to them.

Henry Davis left high school in 2019 as one of the more elite defensive catchers in his class. After a pretty run-of-the-mill freshman season, Davis was improving as a hitter in 2020 before the pandemic, but this year he made a huge jump. Davis was widely regarded as the best hitter in collegiate baseball with a .370 batting average and an incredible 1.145 on-base plus slugging percentage. He entered the MLB draft as a top-5 player, but few expected him to be selected with the top pick.

Jack Leiter was one of the few obvious top prospects for 2021. He was an extremely popular prospect back in high school, but his strong commitment to Vanderbilt caused him to fall in the 2019 draft. During his time as a VandyBoy, Leiter bloomed and quickly became the nation’s highest-rated pitching prospect. In 2021, he threw 110 innings and had a 2.13 ERA, 0.845 WHIP, and a ridiculous 14.6 strikeouts per nine innings.

Leiter makes it the third straight season with a Vanderbilt player being taken in the top five picks. Furthermore, his teammate at Vandy, Kumar Rocker, was taken 10th overall by the New York Mets. The last time two teammates were both taken in the top ten was 2017, but you have to go back to 2011 for those teammates to both be pitchers. UCLA had best-buds Gerrit Cole and Trevor Bauer both go top-three in that draft. Now they are among the best pitchers in baseball, something the Mets and Rangers are both hoping for from their VandyBoys.

Jackson Jobe is a six-foot, two-inch eighteen-year-old with a big, big arm. His fastball comes in around 99 miles per hour and has been widely acclaimed for having the best slider in the draft. The average slider in the bigs has an rpm (revolutions per minute) of around 2,500. Whereas Jobe’s slider, according to The Baseball Prospect Journal, sits at 3,100-plus revolutions per minute.

Coming into the MLB Draft, the pre-draft top prospect was a high school shortstop. However, the Detroit Tigers decided to take a different high schooler even though the shortstop was still available. The Tigers have had a recent love with the high-school pitcher as Jobe makes it the fifth time in fifteen years they used their highest pick on one.

Marcelo Mayer was widely expected to be the first overall draft pick. The 6’3″ Californian received high praise across the board and appears to be very similar to Corey Seager. Both are tall shortstops that throw righty, but hit lefty and can impact the game in many ways. Scouts have praised the seamless nature of his play and how the game simply looks easy for him.

Mayer ended his high school career with a .392 batting average, 46 runs scored, 45 RBIs, and 14 homers. Mayer’s very last at-bat of his senior season was a grand slam that tied him with Adrián González for the most homers in a single season at their school. Boston holds high hopes for Mayer as this was the highest selection the Sox have had since 1967.

The irony of this story is truly unbelievable. Back in 2015, the Oakland Athletics used their fifth-round pick on Max Muncy. After years in their farm system, Muncy was ultimately designated for assignment to make room for an aging Rajai Davis. Looking back now, this was a poor decision. Muncy was just elected to his first-career all-star game and has been a huge factor for the Dodgers in recent years.

Oakland wanted some redemption for their mistake. So, with the 25th overall pick in the 2021 MLB Draft, the Athletics drafted… Max Muncy. The two are not related whatsoever. To make things even crazier, the two share the birthday of August 25th. Hopefully this time around, the A’s have a bit more patience with this Max Muncy.

The Los Angeles Angels have been under lots of scrutinies for not building a good enough team around Mike Trout. The biggest issue with the team over the years has always been pitching. Trout and his supporting cast of hitters seem to be adequate enough to score runs, but their pitching simply gave up too many. Even more frustrating, the Angels just handicapped their payroll after giving Anthony Rendon, a hitter, a massive contract.

So, since they cannot spend too much money on pitchers, but are in dire need of them, the Angels looked to the draft. They really went all-in in the draft too as they made history by using all twenty picks on… pitchers. The Angels hold a farm system rank in the mid-20s, so strictly selecting one position is quite confusing. Of their top ten prospects, only three are pitchers. , some of these pitchers can hit as picks because otherwise it could be seen as one of the worst drafts in baseball, let alone any sport’s, history.